10 Bollywood Stars and Their Other Citizenship

by Huda
in Buzz, Lifestyle, Listicles
0 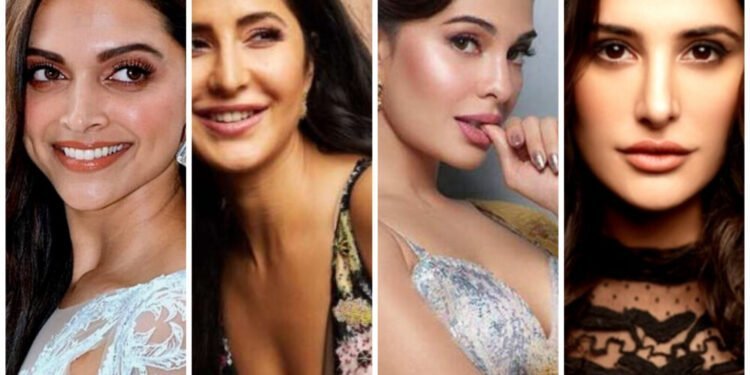 Have you thought before that many Bollywood actors and actresses might be possessing foreign identity and passport? If yes, here are the details for your confirmation.

Shocked? I am sure you would be. The most famous and highly paid Bollywood actress Deepika Padukone’s father Prakash Padukone, who was a popular badminton player, was born in Denmark. She has Danish citizenship.

We couldn’t imagine that, the great Akshay Kumar, who has made many patriotic films such as Airlift ( 2016), Kesari(2019), Mission Mangal (2019), Gold (2018), and many more, one of the highest-paid actors in Bollywood gave up their Indian citizenship to acquire honored Canadian citizenship. Although, he has applied for an Indian passport too

The most famous veteran actor and dancer Helen Anne Richardson Khan awarded with Padma Shri for her graceful dance moves in the 60s and 70s. One of the most popular songs of Helen was ” Ye Mera Dil Pyar ka Deewana” and “Piya Tu Ab To Aja.” Her father was an anglo Indian and her mother was Burmese. She was born in Burma. And became the first foreign actress who appeared in Bollywood Hindi cinema.

The girl who started item songs in Bollywood cinema with “Sheela ki Jawani” and “Chikni chameli”, and more. Her mother is from England; therefore, she has a British passport.

The beautiful and talented actress, who made her presence in Bollywood films with movies like Murder 2, Kick, Dishoom, and more, was born in Shri Lanka and also won Miss Shri Lanka in 2006.

Alia Bhatt, daughter of a famous director Mahesh Bhatt, whose first film was Student Of The Year (2012), holds a British passport because of her mother. Her mother Soni Razdan has a British origin.

You might forget her face, she has worked in the film “Khamoshiya” debuted with Gurmeet and popular web series like “Breathe”. She is from London and holds a British passport.

Her first film was blockbuster “Rockstar” (2011), a romantic drama, she also got nominated for Filmfare Award for Best Female actress debut. Her father is from Pakistan and her mother is from Czech. She was born in Queens and holds an American passport.

The beautiful foreigner actress holds a British passport, made her first debut with Prateik Babbar in Ek Tha Deewana and she had also worked with Rajnikanth and Akshay Kumar in Robot 2 and Sing Is Bling respectively.

Nora, who is famous for graceful belly dance moves and her beautiful looks in Hindi films songs such as O Saki Saki, Dilbar Dilbar, Garmi, Kamariya, and more, was born in Canada and belongs to a Moroccan background.

Also Read: 12 Times Bollywood Made The Mistakes We Failed To Notice