10 fictional characters we hated initially but they make sense now 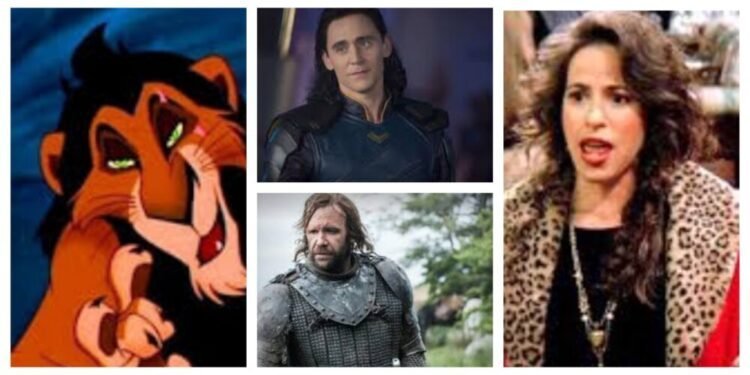 Films tend to engage the audience emotionally. We, as an audience know that whatever is happening on screen is not real, but we always end up laughing and crying with the actors, and more often than not we love the protagonists and hate the villains and all other characters that create troubles. But sometimes the characters we initially hate for making it hard for the principal characters make more greater sense with time. So, today TSA brings to you a list of 10 fictional characters that we initially hated but they make sense now.

Thanos from the Marvel Cinematic Universe (MCU) is one of the most iconic villains of the century without a doubt. And who is not aware of his malicious plans to get all the 5 infinity stones and to kill half the universe, and we’ve hated him enough for that. But his ideas have started to make sense now. If the population is not reduced to half, the world would be eventually in ruins, why not get rid of half the population peacefully without any discrimination and let the other half live in peace?

Another misunderstood charter that we initially hated from MCU is Kill Monger, for challenging and almost killing our beloved King T’Challa of Wakanda. But was he stood for did make sense however it was thought to be less noble than what his opponent T’challa stood for. To him letting out the secrets Wakanda meant safeguarding his people and giving them the status they deserve.

The only reason why people hate Janice is probably because of her voice, other than that there was nothing really wrong in her character. She did love Chandler, in fact, the on and off relationship she put up with chandler was something chandler was responsible for, and in hindsight, she too was almost always ‘there for him’.

Hades, passive-aggressive and sassy uncle as well as the arch-enemy of Hercules, is the most entertaining character of the film, and his hatred for Hercules is absolutely justified since Hercules’s father Zeus was pompous and overpowering, and any sibling would hate that.

Yzma is iconic however a little wicked, but who is not? Kuzco too was despicable, she just believed that she’s a better ruler, she might as well have proved to be better at it than Kuzco, provided he wasn’t the best at it either, she clearly was the smartest candidate out there.

Loki from the Avengers’ Franchise

Loki wasn’t a villain he was just a man living under his sibling’s shadows. Much like Hades, the towering presence of Thor would have derived him to villainy and the fact that he was “adopted” must have thrown him off. People thought were his parent turned out to be his captors, whatever he after that is pretty much justified.

Scar from the Lion King

Another character tired of living in the shadows of his sibling. Scar wasn’t half as loved and respected as Mufasa was, and why? Just because he was physically stronger and bigger? Scar had far greater intelligence but he was reduced to the status for a good for nothing price.

Sandor Clegane (the hound) from Game of Thrones

The inhuman, appearance, nomenclature and behaviour Sandor Clegane conceals a lifelong of trauma, pain and suffering and his human sides can be seen when he in a sense takes Arya Stark in and becomes a father figure for her. He is nowhere a villain just a misunderstood and a mistreated character.

Steve Harrington initially embodies everything one can relate about high school boys, he seems dumb, vain, and shallow, and a bully with a sense of superiority, but turns out it’s not really him rather peer pressure that’s pushing him to be something he’s not.

Sadness from Inside out

We all hated Sadness for not letting Riley be full of “Joy”. But it is actually Joy we should hate for not letting sadness be herself and trying to push Riley too hard to be happy, so much so that she starts to bottle up her emotions, while sadness actually helped her let out her pain through tears.