Do you follow standup comedy? If yes, then have a look at the list we have curated of comedians who went on to be Hollywood film stars. 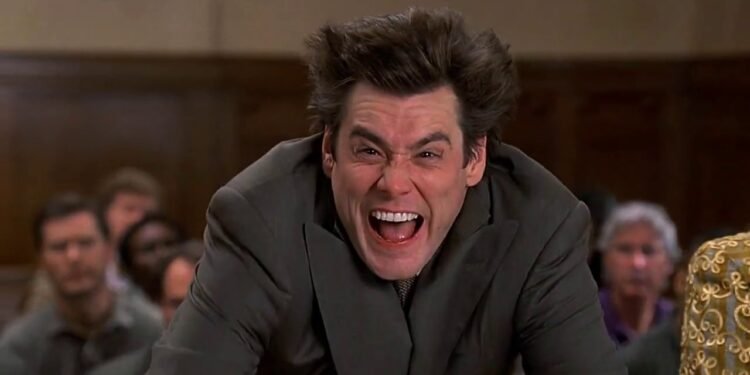 It’s not easy for stand-up comedians to get into the film industry, and many of those who succeed are confined to supporting roles as “best friends” and comic relief for the rest of their careers.

However, now and then, a comic can break through and become a full-fledged movie star.

When Steve Martin made his first step into film with The Jerk in 1979, he was one of the biggest stand-up comedians in the world (the first to sell out stadiums), and he hasn’t looked back since.

Martin softened and transitioned towards romantic comedy (Roxanne, which he also authored) and even comic dramas after starting in crazy comedies (like The Man With Two Brains) (such as Planes, Trains, and Automobiles).

Eddie Murphy was already a stand-up comedian and a cast member of Saturday Night Live when he was 19, and he went on to become the show’s breakout star. When he participated in the 1982 film 48 hours, he became a cinematic star in just two years.

Murphy reigned the 1980s, starring in blockbusters like Beverly Hills Cop, Coming to America, and The Golden Child while maintaining a stand-up career and even releasing two stand-up concert films, Delirious and throughout the decade.

Despite a succession of critical and commercial flops in the 1990s and 2000s (including Vampire in Brooklyn and Meet Dave), Murphy continued to star in films and was even nominated for an Academy Award for his performance in Dreamgirls in 2007.

Jim Carrey didn’t only make the leap from stand-up comedian to Hollywood star; he became the world’s most famous and well-paid actor.

After rocketing to superstardom with Ace Ventura: Pet Detective, Carrey rode a steady stream of massive hits for the first half of the 1990s (including The Mask and Dumb and Dumber) until The Cable Guy, a dark comedy that netted him a $20 million payday (at the time) but also marked his first commercial failure.

Carrey bounced back, but the rest of his career was patchy. He then began alternating tragic roles in lesser films (including a pivotal role in Andy Kaufman’s biography Man on the Moon) with his normal wide comedy. He’s still a star, but one that has faded a little.

Jamie Foxx is a rare comedian who didn’t truly break out in the movies until he started playing dramatic roles, such as the lead in Ray, for which he won the 2004 Best Actor Oscar and is now better known as a dramatic actor than a humorous actor.

The hilarious character that rose to fame on the sketch comedy series In Living Color is now the star of films such as Collateral, Miami Vice, and The Soloist.

In 2010, Foxx returned to his comedic origins in Due Date, playing with Robert Downey Jr. and Zach Galifianakis.

Adam Sandler has followed Eddie Murphy’s professional path as a teenage stand-up comic who went on to become a breakout hit on Saturday Night Live before becoming a great movie star. Sandler’s cinematic career, unlike Murphy’s, shows no signs of slowing down.

Beginning with cult comedies like Billy Madison and Happy Gilmore, he discovered massive mainstream success with films such as The Wedding Singer and The Waterboy.

For nearly two decades, Sandler has alternated blockbuster comedies (several of which he co-wrote) with more films beyond his comfort zone, such as Big Daddy, You Don’t Mess with the Zohan, and Grown Ups.

Punch-Drunk Love and Spanglish are examples of critically praised, acceptable adult material. Sandler, like Jim Carrey before him, rose from stand-up comedian to one of the world’s biggest cinematic stars.

Start as a phenomenally popular cult comedian, obtain your network sitcom tailored exclusively to your type of humor, and then start taking major roles in Hollywood blockbusters. Robin Williams pretty much created the formula for comedians getting into movies.

Early major parts in films such as Moscow on the Hudson, The World According to Garp, and Popeye were far more intriguing than the pompous, pandering “family” comedies he would later make.

Still, Williams had the potential to surprise us all with his dramatic turns from time to time, and he is the comedian with the most Oscar nominations (three for Best Actor and won for Best Supporting Actor for 1997’s Good Will Hunting).

Whoopi Goldberg is one of the few stand-up comedians who has gone straight from the stage to great cinema stardom, with her debut film appearance in Steven Spielberg’s The Color Purple (1985).

She spent the rest of the 1980s in a string of star vehicle failures (Jumpin’ Jack Flash, Burglar, Fatal Beauty), but her career reached new heights with her Oscar-winning supporting performance in Ghost in 1990.

Goldberg had established himself as a prominent cinema star between that film and the massively popular Sister Act in 1992. Her film career had pretty much peaked at that point, and she spent the rest of the 1990s making forgettable films like Eddie, The Associate, and Made in America.

Zach Galifianakis, an absurdist comedian, labored away in supporting roles in generally forgettable comedies (such as Heartbreakers, Bubble Boy, and Out Cold) and one mediocre TV series (True Calling on Fox) before breaking through in 2009’s smash comedy hit The Hangover.

Even though the film was a major box office hit, it was Galifianakis’ performance that drew the most attention — he was the one that had everyone wondering who that was.

By 2010, Galifianakis had established himself as a full-fledged movie star, delivering tragic (in It’s Kind of a Funny Story) and humorous leading-man performances, reuniting with Hangover director Todd Phillips for the road flick.

Russell Brand, a popular comedian in his home England, appears in the 2008 romantic comedy as a supporting character, virtually stealing every scene he was in.

That performance, combined with high-profile US gigs like hosting the MTV Video Music Awards for two years straight and a Comedy Central stand-up special, catapulted him to movie stardom, landing him roles in Get Him to the Greek (in which Brand reprised his Sarah Marshall character) and a remake of the Dudley Moore classic Arthur in 2010.

The brand will soon follow in the footsteps of some of his comedy forefathers and take on a tragic role.

Kevin James is one of the rare comedians who has gone from stand-up to having his big comedy to being a movie star.

It didn’t hurt that his first significant picture part was in 2005’s Hitch, supporting Will Smith, but James quietly stole the show and launched his big-screen career.

However, after he teamed up with his chum Adam Sandler, he shot to popularity. The pair had hits with I Now Pronounce You Chuck and Larry in 2007 and Grown Ups in 2010, but it was James’ 2009 leading man film Paul Blart: Mall Cop (produced by Sandler) that solidified James’ status as a full-fledged movie star (earning over $100 million). He can hold the screen by himself.