Robert De Niro is well recognised for films such as Taxi Driver and The Godfather Part II, but he has a long list of incredible performances that are often missed. Let's go through them today on his birthday. 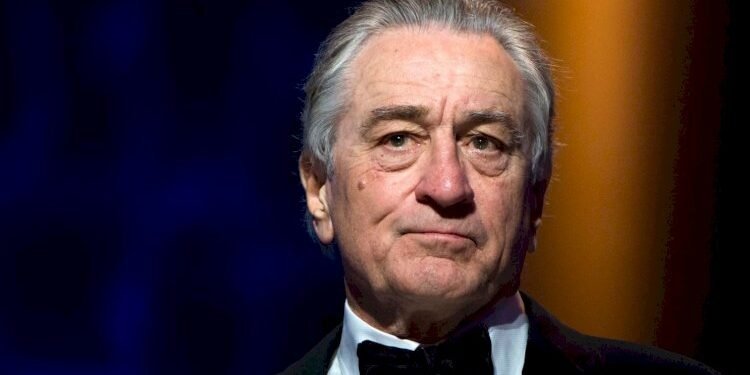 Robert De Niro is regarded as one of the most talented performers of all time. He’s been in some of the best and most well-known films ever created, and he’s received a slew of awards and nominations, including seven Academy Award nods (and two wins).

Of course, everyone is familiar with the big films, such as The Godfathers and Taxi Drivers. Throughout his long and illustrious career, De Niro has appeared in literally hundreds of films and television shows. It was inevitable that someone would slip through the cracks. But just because they’ve been forgotten doesn’t mean they’re not worthwhile.

We explored ten of his forgotten films, and why you should watch them, in honor of his 78th birthday on Tuesday.

Leonard Lowe in Awakenings is undoubtedly Robert De Niro’s most underappreciated Oscar-nominated performance. Dr. Malcolm Sayer, played by Robin Williams, is a fictitious doctor based on the real Oliver Sacks, who wrote the memoir Awakenings in 1973.

Sacks’ experiments with the drug L-DOPA, which was used to treat paralyzed patients suffering from Encephalitis lethargica, also known as “the sleeping sickness,” are chronicled in both the book and the film. De Niro plays patient Leonard Lowe and received his fifth Oscar nomination for his performance.

Following the release of Joker, which was generally considered as a cross between it and Taxi Driver, The King of Comedy gained a sudden surge in popularity due to its many similarities and parallels. Martin Scorsese directed The King of Comedy, which is similar to the latter but has a considerably lighter tone.

Rupert Pupkin, played by De Niro, is a struggling stand-up comedian who suffers from mental illness and desperately seeks to make a name for himself through mediocre stand-up comedy. He becomes desperate and depraved to the point where he kidnaps talk show host Jerry Langford and pushes himself into the show’s opening section. De Niro would return to this in Joker, playing a part that was eerily similar to Langford’s and finding himself on the receiving end of a deranged comedian’s antics.

One of De Niro’s first major cinematic appearances was in Bloody Mama. Roger Corman, a hugely renowned director known for pioneering independent films, directed it. This one was out in March of 1970, long before The Godfather Part II, and De Niro was only 26 years old at the time.

Shelley Winters plays “Ma” Barker, a crazy grandmother who, with her sons, ran a criminal gang. They were known as the Barker-Karpis Gang, and their criminal activities continued into the early 1930s. Lloyd Barker, one of Ma’s sons, is played by De Niro.

Bang the Drum Slowly, which was released on the eve of De Niro’s breakout, is widely recognized as one of the greatest baseball pictures ever filmed. It’s based on Mark Harris’s novel of the same name, and it stars De Niro as Bruce Pearson, a guy with a limited intellect suffering from Hodgkin’s illness, and Henry Wiggen as his best friend.

They both play for the New York Mammoths, a fictional baseball team, and they are both dealing with Pearson’s fatal sickness and its impact on his profession. Two months later, De Niro’s film Mean Streets was out, and he became a star.

The year 1900 is a complex and arduous journey, but one that is well worth pursuing. 1900, released the same year as Taxi Driver, is a historical drama about two lifelong friends caught up in the political turmoil of early twentieth-century Italy. One of them is De Niro’s character, Alfredo Berlinghieri, a landowner. Olmo Dalc, the other, is a peasant. They reunite tragically on opposing sides of a rising class divide.

The film is noteworthy for being one of the longest ever commercially released films, clocking in at an incredible five hours and seventeen minutes. De Niro has a propensity for making long, ambitious films.

They fall in love, marry, and start a family, but their personalities and job paths are so dissimilar that their relationship and marriage fall apart. De Niro was nominated for a Golden Globe for his performance but lost to Richard Dreyfuss in The Goodbye Girl.

Most people are familiar with De Niro from his crime films, but ‘True Confessions’ has slipped through the cracks. The film was adapted on the same-named John Gregory Dunne novel, which was partially based on the 1947 famed Black Dahlia murder case.

The Mission was not universally praised by reviewers, but it was well-received by the general public, as seen by its 7.4/10 IMDb rating. It is about a group of Spanish Jesuits who are striving to liberate an isolated South American tribe from Portugal’s tyrannical control.

Captain Rodrigo Mendoza, played by De Niro, is a mercenary and slave trader who kidnaps indigenous and sells them to surrounding farms. The film received the Palme d’Or and the Oscar for Best Cinematography at the 1986 Cannes Film Festival, demonstrating its high quality.

De Niro isn’t known for his horror films, but Angel Heart is one of the few exceptions. Louis Cyphre, played by De Niro, hires private investigator Harry Angel (Mickey Rourke) to track down an elusive individual named Johnny Favorite. Of course, the situation isn’t that simple.

While the film initially disappointed at the box office, it has gained a cult following and served as inspiration for several other works of art, including Christopher Nolan’s ‘Memento’ and the popular computer game ‘BioShock: Infinite’.

Midnight Run is rarely included when discussing the best buddy cop movies, which is a shame. It stars Robert De Niro as Jack Walsh, a bounty hunter paid to bring a mob-connected accountant back to Los Angeles.

Critics panned the film, with many appreciating the film’s humorous and electrifying chemistry between actors Robert De Niro and Charles Grodin. A buddy police movie’s success or failure is determined by the chemistry between its leads, and Midnight Run had plenty of it.

Judas And The Black Messiah Review: A Historical Drama About The Black Panther Party And More