Do you want to read books that will make a difference in your life? Do you want to gain leverage over yourself and make significant changes, but you'd like some help? It's time to go out and buy these books, or fire up your Kindle, and get inspired by this list of the best novels to read. 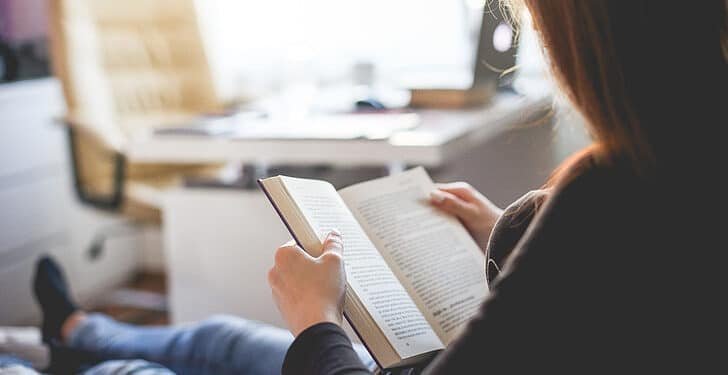 Life-changing novels are few and far between, yet they are the books that change your heart, mind, and way of life. The ability of fiction and nonfiction to shape and change our lives is undeniable. Here are a few examples of people who have done precisely that.

If you’re a voracious reader, you’ve probably come across books that have transformed your life. These are the books that’ll stay with you long after you’ve finished them. The stories linger in your mind, the characters become a part of you, and the books keep surprising you with new information each time you read them.

These are the books that I keep coming back to in my thoughts, when I ponder my beliefs, in my daily life, and, of course, in my regular reading. Every time I take them up, I discover something new.

Here’s my list; I’d love to hear about any novels you’ve read recently. So make sure you leave them all in the comments section.

1. The Sky is Everywhere by Jandy Nelson

Lennie is split between quiet, seductive Toby-boyfriend of Bailey’s who shares her grief—and Joe, the new guy in town who bursts with life and musical genius—following the unexpected death of her sister Bailey.

Each one provides Lennie with something she urgently needs… even though she knows that if the two of them collide, her entire world would be blown to bits.

Join Lennie on her painful and comic voyage of terrible sorrow and mad love, as she makes gigantic mistakes and colossal discoveries, as she wanders through band rooms and woodland bedrooms and ultimately into your heart.

2. The Miseducation of Cameron Post by Emily M. Danforth

When Cameron Post‘s parents are killed in a car accident, she is torn between remorse and relief. Their deaths ensure that they will never find the truth about her sexuality, which she finally discovers that she is gay.

Cameron is orphaned and goes to live with her grandma and her ultraconservative aunt Ruth. She falls in love with her best friend, a stunning cowgirl, there.

Her aunt sends her to God’s Promise, a Christian conversion camp where she is expected to be “cured” of her homosexuality. Cameron is confronted with the burden of concealing her true identity at camp.

Gerald Faust can pinpoint the exact moment he became enraged: the day his mother allowed a reality television team into his five-year-old life.

He’s still haunted by his rage-filled upbringing, which the entire world was able to witness from every conceivable angle, and his anger issues have resulted in violent outbursts, no friends, and stupid adults putting him in the special education room at school.

Nothing is likely to change any time soon. No one seems to mind that he’s been trying to gain self-control, and the girl he likes has no idea who he is. Everyone is expecting him to snap… and he’s getting close to doing exactly that.

Connor, Risa, and Lev are in danger, running for their lives.  Reproductive rights were at the heart of the Second Civil War. The grim conclusion: Life is irreversible from conception to the age of thirteen. 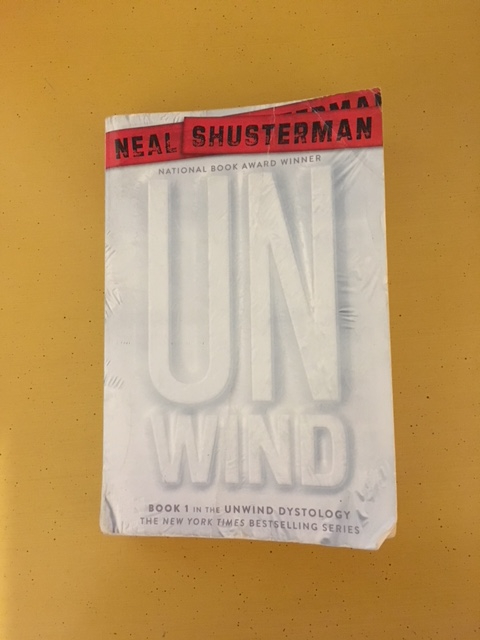 Parents can have their children “unwound” between the ages of thirteen and eighteen, in which all of the child’s organs are transplanted into various donors, so life does not technically terminate.

Connor is too difficult to control for his parents. Risa, a state ward, isn’t enough to keep her alive. Lev, on the other hand, is a tithe, a kid born and raised to be unraveled. They might be able to escape and survive if they work together.

Kiri Byrd, seventeen, has great plans for her summer without her parents in Hilary T. Smith’s exciting and heartbreaking YA debut novel, Wild Awake. She plans to focus on her music and team up with her bandmate and best friend, Lukas, to win the Battle of the Bands.

Perhaps in the rush of success, he’ll finally understand she’s the girl of his dreams. Kiri’s preparations are shattered when she receives a phone call from an unknown number.

He claims to have her sister Suki’s belongings, even though Suki died five years ago. This call sends Kiri into a spiral of confusion, causing old scars to resurface and new secrets to emerge.

6. North of Beautiful by Justina Chen

Terra Cooper is difficult to miss.

She’s tall, blond, and has a figure to die for. People notice her undeniably “flawed” features with just one tilt of her cheek. Terra has a hidden plan to leave her suffocating little town in the Northwest and attend an East Coast college, but her dominating father steers her off track.

Terra is forced in yet another direction when an unfortunate collision puts her in Jacob’s path.

The handsome but quirky Goth boy quickly challenges her assumptions about herself and her life, forcing her in yet another direction. Will Terra be able to find her true path now that she carefully set plans have been disrupted?

The Cutter High School swim team has both positive and terrible news. They don’t have a pool, which is bad news.

The good news is that just one of them can swim in the first place. The controversial and acclaimed novel by best-selling author Chris Crutcher follows a group of outcasts fighting inequity and injustice in their high school.

8. The Absolutely True Story of a Part-Time Indian by Sherman Alexie

The narrative of Junior, a young cartoonist, growing up on the Spokane Indian Reservation, is told by best-selling author Sherman Alexie.

Junior leaves his problematic high school to attend an all-white farm town high school where the only other Indian is the school mascot, determined to control his destiny.

The Absolutely True Diary of a Part-Time Indian chronicles the contemporary adolescence of one Native American boy as he attempts to break free from the life he was destined to live and is based on the author’s own experiences, with poignant drawings by Ellen Forney that reflect the character’s art.

Sara Wharton is to blame for Emma Putnam’s death. At least, that’s what it appears as everyone believes. Sara has been accused criminally, along with her closest friend and three other students, of the bullying and harassment that led to Emma’s untimely suicide.

Sara is now the one who is being shunned, although she is already guilty in the eyes of her peers, the community, and the media.

Sara is forced to think on the events that led her to this point—and ultimately examine her role in an undeniable tragedy during the summer before her senior year, in between meetings with lawyers and a court-recommended therapist. And she’ll have to find a way to keep moving forward, even if she feels as if her own life is coming to an end.

10. Falling Into Place by Amy Zhang

They had just finished reviewing Newton’s principles of motion in physics class when Liz Emerson attempted suicide. She then put them into practice after school by driving her Mercedes off the road. Why did Liz Emerson conclude that the world would be a better place if she didn’t exist? What made her give up?

Meridian High’s most popular junior girl’s brief and tragic life are pieced together in this nonlinear story. Liz didn’t understand mass, acceleration, momentum, or force in physics, and she still doesn’t grasp it now as her Mercedes hurtles into the tree.

What effect do we have on one another? What effects do our activities have? What exactly does it entail to be a friend? Is it possible to love someone? What does it mean to be a daughter? Or perhaps a mother? Is there anything more to life than cause and effect? Lauren Oliver, Gayle Forman, and Jay Asher lovers will enjoy Amy Zhang’s unsettling and universal novel.

Also Read: Documentaries About True Crime That Are Too Terrifying to Watch