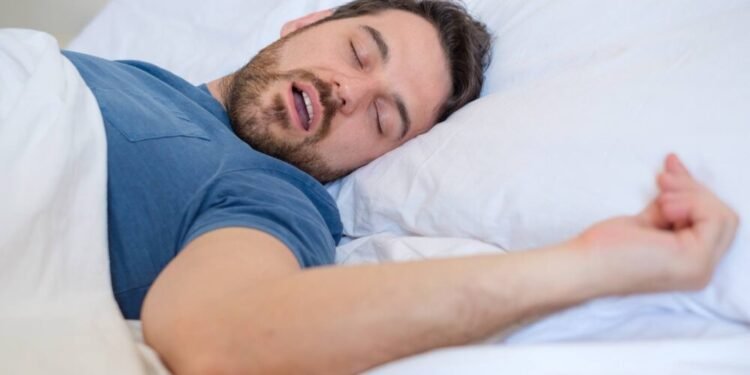 According to a study by AIIMS in 2009, the number of patients suffering from Obstructive Sleep Apnea in India is about 13% and out of them, only 4% go to the doctor. Patients with COVID-19 and  Obstructive Sleep Apnea may be at higher risk for mortality or showed poor clinical outcomes, according to results from a systematic review, published in Sleep Medicine Reviews.

The Monash University in its new study found that Obstructive Sleep Apnea has been linked to an increased risk of dementia. This study which was published in the Journal of Alzheimer’s Disease and led by Dr. Melinda Jackson from the Turner Institute for Brain and Mental Health found that severe obstructive sleep apnea is linked to an increase in a protein called beta-amyloid which builds upon the walls of the arteries in the brain and increases the risk of dementia.

Obstructive sleep apnea is a potentially serious sleep disorder that occurs when muscles around the soft tissues like the tongue and soft palates relax temporarily. When these muscles relax, the airway becomes blocked and a snoring sound can be heard.

The major cause of Obstructive Sleep Apnea in humans is overweight and obesity. It can have adverse effects on our human body. 10 major effects of obstructive sleep apnea are the following:

Repeated pauses in breathing during the night can deprive your body of the oxygen it needs to function well.

Obstructive sleep apnea has been linked to fatty liver disease and higher than the normal level of liver enzymes.

It increases the risk of high blood pressure, a condition that can make your breathing worse if you are already suffering from sleep apnea.

Obstructive sleep apnea causes difficulty in breathing or sometimes completely stops it. It also produces a snoring sound which causes disturbance to others during sleep.

People with obstructive sleep apnea are more depressed than those without sleep disorders.

0bstructive sleep apnea has been linked to an increased risk of irregular heart rhythm, stroke, and heart failure.

Obstructive sleep apnea can curb your sexual desire. In men, it might contribute to erectile dysfunction.

A lack of sleep can weaken your immune system, leaving you more vulnerable to infections.

People with obstructive sleep apnea are more likely to have high LDL (bad) cholesterol levels, which is a risk factor for heart disease.

For more such articles explore our Health & Care Section