10 Worst TV Show Couples That Weren’t Good For Even A Second!

Even if there is a perfect match of interest and a great storyline, some couples do not look good together anyhow! Over the years, several creators have experimented with the worst TV show couples and it is about time they stop teasing the fans! 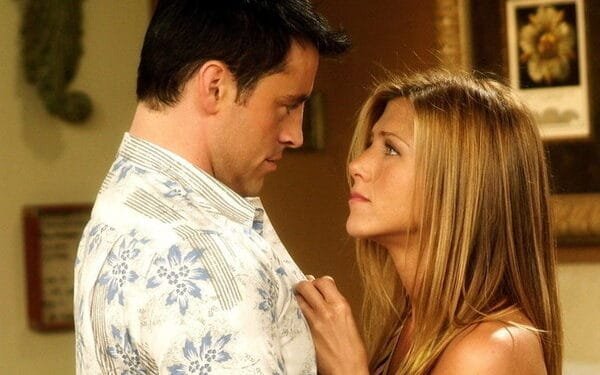 Whether it is Jake and Amy, Monica and Chandler, Grace and Thomas, etc. web series has always offered us the One True Pairing over the years.

However, at times our favorite shows took an unexpected turn and gave us the worst couples in the history of television shows. These forced couples had no chemistry and were mostly together for a short period. Nevertheless, they still haunt the memories of fans.

Let us begin with the couples who had zero chemistry! Their relationship was not only forced, but it was unbelievable to the point where it became absurd.

The pair always showcased a brother-sister relationship and out of nowhere, the screenplay took a turn for the worse and made them a couple. Seeing them kiss for the first time remains the fan’s worst nightmare.

Archie had better chemistry with boxing and his milkshakes than Veronica.

Throughout the series, the two of them are amazing when it comes to making out, but their entire relationship is based on them trying to persuade Veronica’s father and a portion of it in their struggle to withstand the challenges hurled by Hiram. Trust and communication are the two adjectives that are missing entirely.

3. Jason and Tahani (The Good Place)

When Jason was disguised as a Buddhist monk, the two were tolerable. However, when he displayed his other side with slight modesty, the bar of their incompatibility and disconnection went really up.

Their intimate scenes must have made all the fans cringe!

The two were expanding the drama in the series, and to be honest, a portion of the show was just drama without a storyline.

Aria was sixteen when Ezra, to get an idea for his crime novel, started dating her. Not only was it illegal as Ezra was her teacher, but the explanation Ezra put on was also creepy. The adult teacher literally orchestrated their relationship and the underage student did not have a single complaint.

The toxicity doesn’t end here– Aria even ignored her friends to be with her teacher.

Izzie proved to be a good best friend who constantly cared about George and was there for him. However, when the writers decided the add romance to their connection– not only was it forced and strange, but the consequence was also truly disastrous for both of them.

Sometimes creators need to understand that a man and woman can stay friends. It is not important to change a strong platonic friendship to a romantic one.

6. Caroline and Stefan (The Vampire Diaries)

Taking a knife and drive it into the fan’s heart, Klaus and Caroline had a beautiful connection and stunning chemistry.

It just felt like the show wanted Caroline to be with anyone at the end of the series and Stefan was the only option.

Dan and Blair share interests like movies and films. And even though they have a connection at an intellectual level– they were more of a best-friend material.

It felt like the team pushed them together to put in one more obstacle in the path of Blair finally meeting Chuck. I mean, yes, it sounds exciting to anticipate which pairing will eventually work out, but not when the couples have zero chemistry.

8. Mal and Alina (Shadow and Bone)

Although Alina tried really hard right from the beginning to demonstrate her feelings for Mal to make the viewers believe, the brother-sister vibe emerging from their relationship never stopped.

And on top of that, when Alina and Darkling met– there was no way Mal stood a chance against such powerful and sensational chemistry.

Teddy has topped the chart of being the most annoying character in the series, even outshining Wuntch in the race.

Amy and Teddy had zero chemistry and Teddy’s constant proposal later in the series showed how he was just used as a prop to make the series funnier (it was extremely irritating though).

Even if you have seen only the initial season of this series, you must be aware of what we are talking about. It is not about Jessica– but Justin let his Best Friend sexually assault Jessica.

He hides the truth from her even when she has several breakdowns. Who can stand seeing them being a couple?

Also Read: Missing Your School Days? Go Back To Your School Time With These 5 Amazing Series On Netflix!

62 Best Good Morning Texts For Her To Brighten Her Day