by Huda
in Infotainment, Listicles, Literature
1 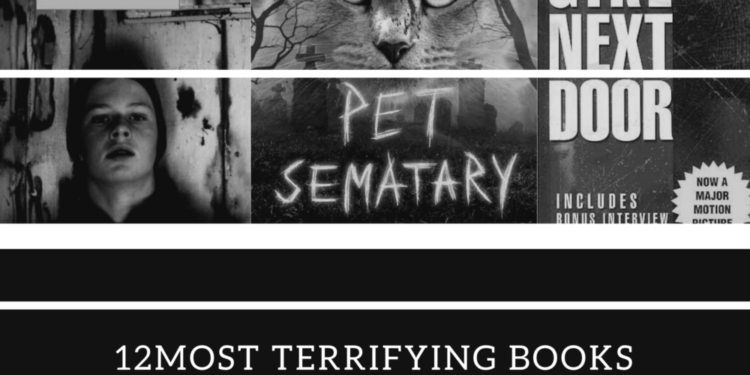 On a cold winter night, with a cup of coffee or tea, you decide to read a horror book inside your blanket but don’t have something good to read that astonishes you. To solve your problem, we are here for you with some of the most terrifying books.

One of the most terrifying books in our collection, written by Mark Z Danielewski, involves many dizzying tales involving multiple narratives, mysteries, looping footnotes that confuse the reader and make them doubt their own perceptions about the story.

The story focuses on a young family shift into a small house in an ash tree, where they discovered something horrible and mysterious about the house.

The book is written by Ira Levin. A film was also based on the novel which supplanted the novel in pop culture. But the novel was a hit for Ira Levin. The story revolves around a woman who becomes pregnant after a nightmare and gets terror from the well-known twist of the baby’s parentage.

The woman has both emotional and economic uncertainty and fears that a mother has for their children, it also shows the struggle of a young couple. All elements knotted into the story terrifyingly.

The fiction story was written by Shirley Jackson. When we talk about a horror story the first thing that comes to our mind is a haunted house. Jackson has perfectly created a story around the haunted house, it is one the best-haunted house story ever written.

The terror does not just come from the evil acts of a house, it seems sentimental and angry, but we can experience fear and terror from the novel’s unrealistic story.

The novel was written by Toni Morrison. The story is set after the American civil war, it revolves around a family of former slaves whose home is haunted by a vicious spirit.

The novel is written by Marisha Pessal. It is a mystery horror thriller that tells about a strange underground filmmaker whose films may or may not involve hints of dark power and horrific events. The novel is full of suspense you can not stop yourself to read.

The book was written by Thomas Tryon in the 1970s. It is a psychological-horror-thriller story. The novel dates back to 1935, where twin boys, in which one is well behaved and the other is a psychopath who wreaks havoc on his family’s rural New England farm property.

The novel is written by Koji Suzuki. The same-named film is inspired by this novel. The novel is about anyone who watches a mysterious videotape dead within 7 seven days. The story has many other elements also to give you a terrifying experience.

The novel is written by Stephen King and is about a family who lost their car on a busy road and buried a cat’s body in a mysterious cemetery. The shocking part of the cemetery is that the buried things come back in sort of line- but are not quite, they are evil.

Written by Jack Ketchum, this disturbing novel is about two sisters who have suffered unimaginable abuse when they are forced to live with their psycho and mentally unstable aunt and her three savage sons. This book is based on a real event.

The book is written by Stephen King and is about a situation that we are facing these days. It is about a deadly virus destroying the lives of people, the book is a perfect example of the present situation.

The book is written by Chuck Palaniuk. The book contains 23  horrifying short stories, which is not only disturbing but it definitely does not let you sleep at night. Several people faint when Palahniuk reads it in a public gathering.

The novel is written by Stephen Graham. It is about a Blackfoot man who goes on a hunting trip that goes very horrible. A year later, an evil spirit called Hellbent took revenge, and she has been hunting the men one by one.