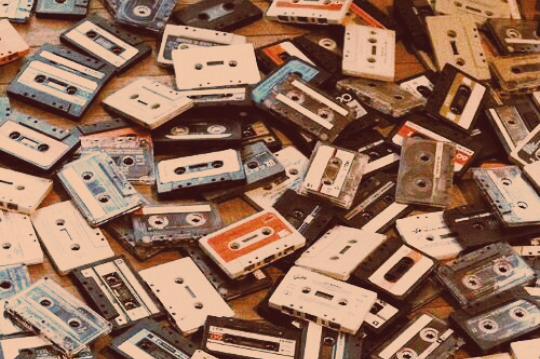 Music has been a very integral part of narrating stories and conveying emotions without having to say much. With the exponential increase in the availability of content, music has also become an experimental field. The OTT platforms, apart from working on to bring out fresh content, are also putting in special efforts for the music.

This year has alone seen a wide range of content being appreciated across all platforms and so has been the music it carried. Indian cinema is known for its songs that cover all emotions but OTT is no behind. Not just very meaningful lyrics but also some beautiful compositions and music have been a part of the web series, TV shows and movies released on OTT platforms.

Here are some of the best songs from the Indian OTT space:

Apart from reviving an old gem like ‘Qismat ki Hawa Kabhi Naram’ by C. Ramchandra, from the 1951 movie Albela this Anurag Basu movie introduced its music which was equally soothing to the ears. Aabaad Barbaad is a happy, upbeat song in the voice of Arijit Singh which makes it even more soothing and melodious to the ears. The music is by Pritam and the lyricist of the song is Sandeep Srivastava.

This friendship song is sure to leave you teary-eyed. Nostalgia is sure to hit you from its very first beat. This song is an ode to friendship. In the voice of Darshan Rawal, the song goes for any group of friends but it feels tailor-made for the four friends of the Amazon Prime’s original series, ‘Four More Shots Please’. The mucus is by Lijo George and the lyrics are by Naveen Tyagi.

‘Distance makes the hearts grow fonder’ sounds beautiful only in words. Geographical distances or those between the hearts can break you down and this song proves it. The third season of the Alt Balaji series ‘Dil Hi Toh Hai’ saw the lives of the main leads (Ritwik Noon and Palak Sharma Noon) take a sharp turn. They are far apart from each other but hoping against hope to be together once again. Biba is a sad song but the music will make you want to hear it over and over again. The singers are Shahid Mallya and Asees Kaur, the music is by Gaurav Dagaonkar and the lyrics are by Kunwar Juneja.

Ever since it’s release Netflix’s Mismatched has become everyone’s favourite guilty binge. The sweet storyline and the new faces make it a fresh breeze. The song Aise Kyun captures the story of the main leads, Dimple Ahuja and Rishi Singh Shekhawat very well. Their hearts want to stay together despite all the differences and they can’t figure out why. ‘Aise Kyun’ is a beautiful composition and well suited for those who have just begun to experience love. The singers are Anurag Saikia, Raghav Chaitanya and Nikita Gandhi. The music is by Anurag Saikia and the lyrics are by Raj Shekhar.

Aren’t we all just like little birdies waiting for life to throw an opportunity at us just so we could take out first flight? Well, the song captures exactly the moment. The Alt Balaji series Fittrat is a ride of emotions and this simple melodious song carries the innocent emotion of the heart wanting to fly. Sung by Vivek Hariharan, the lyrics of the song is by Akshay Shinde and the music composer is Sandman.

In a Venn diagram, one circle represents friendship and the other love. The area between the intersection of the two is what you call confusion. The heart is torn between wanting both but is also scared of losing one or perhaps all. Set exactly in the area of confusion this song is sung by the official voice of love amongst youngsters, Armaan Malik. The music composer and the lyricist is Yash Narvekar. This Zee5 series also has other beautiful songs like ‘Dil ko tujhpe pyaar’ and ‘Jee na paunga’ both by Vishal Mishra.

This Shreya Ghoshal and Dev Negi song talks about being broken but beautifully, all the more reason for it to fit into this Alt Balaji series like a jigsaw puzzle. This is a melodious song with its lyrics by Amitabh Bhattacharya and music by Rana Mazumdar. Suiting the main leads, their stories and how it intertwines with each other, the song and the music are sure to compel you to include it in your playlist.

Leaving behind a fragrant trail of qawwali, this song is nothing but poetry. The soulful lyrics by Hussain Haidry adds so much to the music by Nilotpal Bora who is also the singer of the song. Although the series is about the three siblings who take an unexpected road trip re-discovering their bonds, this song talks about their respective love lives which are under crisis at that moment.

Mirzapur is a series that carries an essence of the rust, raw and very real people. Set in Purvanchal that is the eastern Uttar Pradesh, the series has held on to the dialect, speech and folks of the area well. The song has also remained true to the Amazon Prime’s original series and suits the love story of Guddu and Sweety very well. It is sung by Romy and the lyrics are by Ginny Diwan. The beautiful music is composed by Anand Bhaskar.

Sometimes goodbyes are not the right decision, for sometimes it needs a little more time. Portraying this very feeling this song is sung by Papon and Anmol Malik. The lyrics is by Manoj Muntadhar and the music has been composed by Anu Malik. This Alt Balaji series is the story of two people who have grown apart but there is something that still keeps them attached to one another. This feeling of not wanting to let go is the theme of the song and the voices, the lyrics and the music have done complete justice.

Recalling your past and contemplating whether what you did was right is the exact emotion this song carries? Recalling all the good days you spent with a certain someone who is so distant today is a feeling nostalgia doesn’t capture well. You don’t want to recall but you can’t help it either. Sung by Piyush Mehroliyaa and Shreya Jain, the lyrics of the song is by Gurpreet Saini and Gautam G Sharma. The music is by The Bandwagon. The Alt Balaji series is very emotionally taxing and this song is enough to tell that.

The story of a young girl hustling about in a new city trying to make it big in the fashion industry is relatable to every youngster trying to get their lives together. Junoon, sung by Isheeta Chakravarty talks about passion and the drive to follow dreams and give whatever it takes to make them come true. The lyrics are by Manaswi Mohata and the music is composed by Karan Malhotra. Another notable mention from this very Bindass original series is ‘Tham Ja Zindagi’ which calls for life to slow down when it all becomes too hard to take in and keep going. A little pause is what the song seeks.

Singers Harshdeep Kaur and Akhil Sachdeva have done wonders in this one. The music and lyrics are also by Akhil Sachdeva. This period drama by Alt Balaji is an epic saga. The soulful composition and lyrics makes it a song that you fall in love with at the very first note. It is one of those songs that help you shut out the noise of the world as you plug in the earphones.

Beautifully capturing the unbreakable sibling bond, this underrated song is a hidden gem. The TVF series, Yeh Meri Family is all about family and the bonds between its members. Sung in the beautiful voice of Nilotpal Bora, the song is sure to leave you longing for your family, especially your siblings. Placed beautifully in the series, the song carries a profound thought.

Ever since this SonyLiv series has come out, no one has been spared. Everybody is grooving and jamming to the title track. The music has a certain mystery in itself. Suiting the title and the subject of the series, the track is by far one of the most beautiful creations of the year. This masterpiece has been created by Achint Thakkar. It wouldn’t be wrong to say that the series has gained a lot of popularity ever since the track has entered the list of the trendy songs on social media.