Not only because of its art, culture, architecture, and history but also because it is one of the most fascinating European capitals. Though it is associated with romance, it hides a plethora of oddities that only contribute to its charm.

by Yashasvi Singh
in Listicles, Travel
1 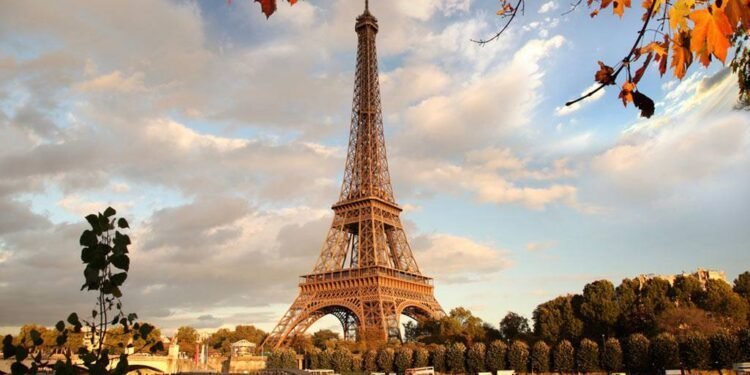 Paris is a light-filled city, but it also has a gloomy side. Tourists and even Parisians are unaware of many cultural, architectural, and social aspects of the city.

Here’s a list of 15 interesting things about Paris that will no doubt wow you and teach you more about this incredible city.

Charles Garnier began construction on the iconic Opéra de Paris in 1862, which would subsequently bear his name.

However, he ran into a major problem: the building’s foundations were jeopardized by the architect’s intention to build on swampy terrain.

To prevent infiltrations, he opted to construct a concrete liner filled with water. The 10,000-cubic-meter lake, closed to the public, is now used for training by the Paris fire department’s scuba divers.

Despite having nearly 400 stops, the Paris metro network has a few mysteries. 14 stations are marked as “abandoned,” “no longer in use,” or “never used.”

The majority of them, such as the Molitor station, are now utilized as a garage for underground train storage and repair.

Porte des Lilas, one of the abandoned stations, is even used as a film set and rented by production companies.

The cathedral mentioned above is the home of a man named Emmanuel. The tenor bell in Notre-south Dame’s bell tower is known as Emmanuel.

This 13-ton bell is one of France’s heaviest, but its clear, light sound is recognized around the world.

An obelisk can also be seen in Paris. It was originally erected in front of the Luxor temple in Egypt before being donated to France by vice-king Mehemet Ali to Charles X in 1830 at the Place de la Concorde.

But did you know that, in addition to serving as a symbol of Franco-Egyptian friendship, it also serves as a sundial? Lines with Roman numerals engraved on the cross the Place de la Concorde.

The obelisk’s shadow tells you the time throughout the day. Isn’t it clever?

Driving in Paris is typically regarded as an experience by tourists and even regular drivers.

Many people have cold sweats because of the constant traffic, and we often wonder why there aren’t more vehicle accidents on Paris’ roadways. It may be due to the citywide “preference to the right” rule.

The traffic lights are the only signs you’ll see in Paris, but there is one exception. The one and only “STOP” sign in Paris was located on the Saint Exupéry port, near the exit of a construction business.

It was finally replaced in 2012 with a “no left turn” sign. The city of Paris has the global record for the fewest stop signs.

Among all the events that the city of Paris has experienced, one stands out as particularly dark: the German occupation of the city during World War II, which lasted from 1940 to 1944. Disgruntled Parisians contributed to the war effort in their unique way.

Indeed, Adolf Hitler paid a quick visit to Paris in June 1940, a city he had admired his entire life due to his appreciation of art and architecture.

He visited the Opera, Montmartre, and the Invalides, and he wished he could have climbed to the top of the Eiffel Tower.

The elevator cables to the topmost top of the tower, however, had suddenly been disconnected overnight, preventing the German from mounting the capital’s symbol. Symbolically significant.

Many idiomatic expressions in French have their origins in events that occurred in Paris, such as the statement “bursting midday.”

Mister Rousseau, a Parisian clockmaker, came up with the idea of a tiny cannon, situated in the gardens of the Palais Royal, whose fuse was fired using a system of optics that would set it on fire when it was noon on sunny days, to alert people when they needed to correct their watches.

You knew it was “bursting noon” when you heard the cannon go off.

The Eiffel Tower is a 324-meter-high structure in Paris. Its construction was inspired by Gustave Eiffel and his engineer’s desire to brighten the Parisian landscape in preparation for the 1889 World Fair in Paris.

The project was a huge success, and crowds flocked to view the famed tower.

The tower, on the other hand, was supposed to be demolished and destroyed at the end of the event.

It was rescued mainly by the efforts of Mr. Eiffel, who pushed it as a tool for scientific research by permitting meteorological, radio, and television experiments to be conducted with his tower. Consider what Paris would have been like if the Eiffel Tower hadn’t been built.

The French army is the only one in Europe that still uses trained pigeons to convey and send communications.

Even if this approach may appear to be obsolete in the age of digitization and new information and communication technology, military personnel regard it as important and an alternative in the event of a major failure of conventional technologies.

This military dovecote can be seen in the barracks of the 8th Transmissions Regiment at Mont-Valérien, not far from the capital.

Looking at the famed Seine today, it doesn’t appear to be very appetizing. However, until 100 years ago, Parisians were cheerfully drinking it!

That was, at least, till scientists discovered the water contained a variety of unfit-to-drink substances and people stopped drinking it.

11. Every single tree in the city is referenced and measured

There are 470,000 trees in Paris, and each one is meticulously documented.

It would take a year of nonstop counting to get through all of the trees if you had one minute to measure and record each one. Hopefully, they split up the work!

12. Until 2013, it was technically illegal for Parisian women to wear trousers

A rule was enacted in France in the 19th century that made it unlawful for women to wear trousers without authorization from the police.

Although it hasn’t been in effect for years, it wasn’t officially overturned until 2013!

13. You can still see the last guillotine spot in Paris

A fairly gruesome relic of the 19th-century French court system can be found in the 11th arrondissement.

A gigantic guillotine used for almost 200 public executions in the city has now been reduced to three marks on the roadway.

14. It has the largest wholesale food market in the world

Its structure spans 2.3 square kilometers (6 square miles), which is more than twice the size of the Principality of Monaco! Yes, you might easily get lost in Rungis International Market’s food aisles.

If you get tired of this market, don’t worry; each district has its unique market.

The Marché d’Aligre is one of the most bustling, with the extra benefit of being flanked by bright North African stores.

15. There is such thing as ‘Paris Syndrome’

Tourists who have built up such a romantic image of Paris that they are crushed with disappointment when they visit the city suffer from Paris Syndrome, a genuine and well-known ailment.

It is reported that Japanese tourists are particularly vulnerable, with symptoms including dizziness, anxiety, and even hallucinations!

Also Read:15 Things You Didn’t Know About The Maldives

15 Things You Didn’t Know About The Maldives

15 Things You Didn’t Know About London

15 Things You Didn't Know About London