Here is the list of 15 highest-paid male actors for a single movie! From Jim Carrey to Tom Cruise, from Indian Jones to Iron Man-the list contains many familiar names!

by Anamta Husain
in Wealth, Listicles
0 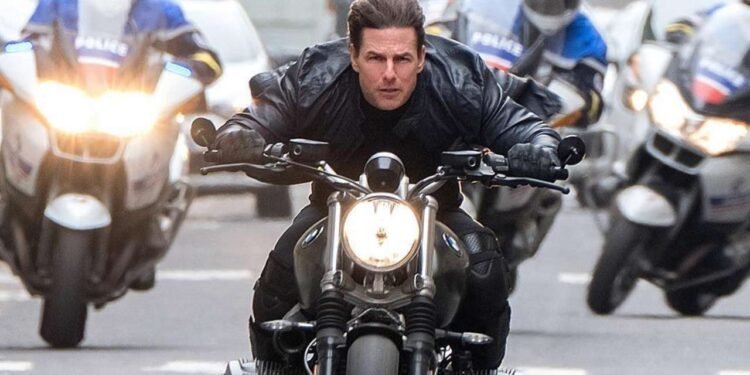 With the increasing number of motion pictures every day, it is tough for actors to sweep large amounts of salaries for their roles.

Earlier, people were attracted more to the influential actors appearing in films– and certain names were guaranteed to emerge successful in all their movies.

Actors like Will Smith, Jim Carrey, Tom Cruise, and Tom Hanks amassed acclaim and a hefty salary in their golden days.

However, nowadays, the trend has somewhat shifted to franchises rather than a celebrity. People are nuts about the Marvel Cinematic Universe, for instance, and each of its movies proved to be a smash hit.

So, here are the 15 highest-paid movie roles of all time!

Will Smith heralds the first rank in the list of highest-paid roles in a single movie achieving $100 million for Men in Black 3. The movie went on to gross $624 million.

The well-known actor who played ‘John Wick’ in the popular movie series, Keanu Reeves, was paid $83.3 million for each of the Matrix’s movies.

The fourth film is anticipated to be released in 2021.

He took the role of Ethan Hunt, an agent of Impossible Mission Forces in the series. The part also earned him the position in Forbes’ most powerful actors in 2012.

The prominent actor earned $75 million in 2018 for Infinity War. Prior to this, he also amassed $50 million for his role in the 2012 Avengers.

For his role as ‘The Mad Hatter’ in the movie Alice in Wonderland, Johnny Depp received 50 million pounds which are roughly equal to 68 million dollars.

Movie– Indiana Jones and the Kingdom of the Crystal Skull

If you haven’t watched Indian Jones before, just imagine someone similar to Jim Hopper in Stranger Things.

There are 4 Indiana Jones movies till now, all of them directed by Steven Spielberg. The movie series rose to become a classic. Ford earned $65 million for the fourth film, which was developed nineteen years after the previous one.

Movie– The Ridiculous 6, Murder Mystery among others.

When an actor showcases exceptional theatrical skill, it is no big deal to offer a huge payment.

Based on the book of the same name, Forrest Gump was critically acclaimed and became the highest-grossing film in the year it was released. Hanks was presented with $60 million for his part.

Movie– Pirates of the Caribbean: On Stranger Tides

Forbes reported that the fourth movie released in the Pirates of the Caribbean installment– On Stranger Tides– was one of the most expensive films developed, with the production cost reaching $410 million.

A large portion of it was spent on settling with the casts. Depp alone earned $55 million.

Nicholson reportedly had a secret contract with the team in which he would earn according to the box office and merchandise sold, even after he left the franchise. And the deal proved to be beneficial for him.

A movie that emerged to be one of the biggest hits in Nolan’s career as a director, Inception grossed over 828 million dollars globally. DiCaprio earned $50 million from the box-office, TV, and home video sales.

Consisting of two parts, the sequel of Knives Out is a creation of Netflix. The first part was developed by the studio Lionsgate which emerged to be a box office hit.

Daniel Craig accumulated 50 million dollars for each film. The next part will be streaming on Netflix this year.

Hanks had established various agreements to fix his earnings according to the box office of the movie. Saving Private Ryan amassed him $40 million.

According to Variety, the sequel of Bright is in the making and Will Smith has packed the deal with 35 million dollars. Bright, a Netflix film, was a smash hit as well.

One of the best movies presented by Carrey, Yes Man, is a fun rollercoaster ride. Although it received mixed reviews from critics, it performed well at the box office.

Carrey had an ownership stake in the film, which earned him the fruit.

Bollywood Singers That We Miss Listening To

10 Worst TV Show Couples That Weren’t Good For Even A Second!