This collection of bangers and bops spans all genres — rap and reggaeton, country and K-pop — but it demonstrates, perhaps, that people from various walks of life, geographical places, and imagined obstacles can collaborate creatively. 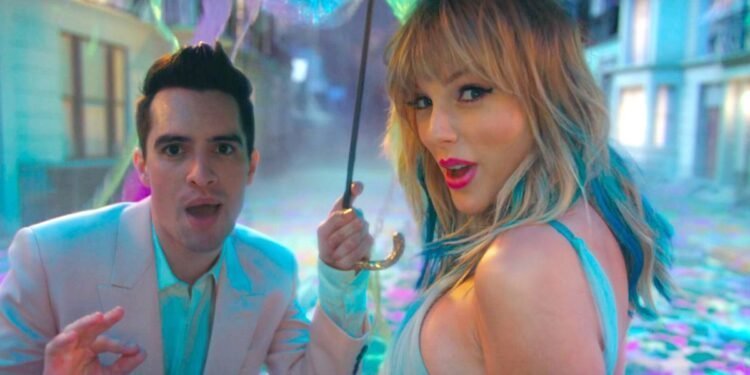 Is it true that two are better than one? When it comes to music, the old saying holds, and some of the most iconic compositions to date have been collaborations. Madonna and Britney Spears? Without a doubt, epic!  Eminem with Rihanna? It’s not even close to being iconic.

Not to mention the time Nelly and Tim Mcgraw collaborated in the studio. That was probably one of the more unusual musical pairings, but what about now? It’s regarded as a classic!

Perhaps the element of surprise is what makes a musical collaboration so special. Sometimes a song that shouldn’t work turns out to be pure musical magic.

A collaboration between Katy Perry and Snoop Dogg didn’t seem like the finest choice at the time, but “California Gurls” turned out to be the bop of all boops.

More lately, genre-defying collaborations between K-Pop singers and top 40 artists have popped up. Something about Halsey’s vocals mixed with the guys from BTS just seems right.

While a fantastic solo hit is always a good idea, nothing beats watching two of your favorite superstars collaborate on a song.

So join us as we reminisce about some of history’s most epic (and bizarre) musical partnerships. You can thank us later.

Is there even a need for an explanation for this one? At the turn of the century, ’90s babies will remember singing their hearts out to this one, and every time it plays, it feels like 2004 all over again.

In the accompanying music video, the band held a colorful dance party with the pop vocalist, and it was E-V-E-R-Y-T-H-I-N-G. We challenge you to watch this video without breaking into a dance.

Is it rap or country music? The public may never know, but “Old Town Road” was a huge hit in this year’s music scene.

The genre-defying banger went viral almost instantly, and with Billy Ray on the remix, it’s hard not to like it.

Just when I thought “Old Town Road” couldn’t get much better, Lil Nas X graced the world with this remix of his song. On the same tune as BTS and Lil Nas? SIGN.US.UP.

We are not sure how these two got together, but we are here for it. Thugger, after all, has a thing for badass attire, and who knows badass fashion better than the Rocketman himself?

Perhaps this collaboration makes more sense than we first believed.

Panic! at the Disco surprised emo kids all around the world. Brendon Urie, the vocalist of Panic! At The Disco, was featured on Taylor Swift’s Lover album in 2019. This one is a bop, whether you like it or not.

Remember when this partnership was announced, and queries like “Who is Paul McCartney?” and “Is Kanye placing this developing musician on the map?” flooded Twitter? Yes, it’s disheartening, but with this legendary single, these three created some major musical magic, and hey, at least *the kids* now know who Paul McCartney is.

This tense collaboration between rap’s undisputed king and one of the greatest rock bands of all time was so memorable that no one appeared to wonder how they ended up in the studio together.

Is there any chance of an encore?

After hearing this tune, I’m left with one question: HOW did this not happen sooner?! BTS chose Charlie XCX for the lead tune from the BTS World soundtrack for their mobile game, and it couldn’t have been a better fit.

Jimin, Jin, and Jungkook are all featured on the track. The sugary pop vocals of Charlie were precisely what this catchy composition needed.

Lil Tunechi and the lads from “Island In The Sun”? It is random AF. It is, nevertheless, a cultivar. Weezer x Weezy had a hit on their hands with this one.

11. “Me Against The Music” by Britney Spears & Madonna

The combination of pop music’s princess and Madonna’s queen was every bit as legendary as it sounded.

The ultimate highlight of this duo’s career came when they performed at the 2003 VMAs and shared their now-famous kiss, but the video for “Me Against The Music” was just as riveting. Ladies, get it!

12. “Take What You Want” by Post Malone & Ozzy Osbourne

Post Malone took his “Rockstar” hit-making skills to the next level when he linked with Black Sabbath frontman Ozzy Osbourne in 2019 for “Take What You Want.”

The track even inspired a slew of hilarious tweets about how Post “put Ozzy on the map”, but fingers crossed those were pure Twitter satire.

People, dreams do come true! Billie Eilish, a huge Justin Bieber fan, had her wishes come true when she met the singer at Coachella last year and hired him for a song mere months later.

With Justin Bieber on the remix to this already viral hit, this combo was on the verge of breaking the internet.

Every top 40 radio station in the summer of 2010 played this irresistible bop on repeat, and it still oozes that summertime vibe every time it plays.

Snoop’s verse on the flirting track may have looked out of nowhere, but hey, this Cali girl is up for it.

When you think about it, between Aoki’s high-energy concerts and Nye’s never-ending excitement for, well, everything, these two complements one another rather well.

I’ll wait for you to come up with a better duo. Whether you’re a lover of electronic music or not, Avicii and Aloe Blacc created musical magic on this one.

Whether you’re a fan of electronic music or not, this song was unavoidable (in the best way!) I’m sure you’ll understand every word.

10 Bollywood Romantic Movies That Inspire Us To Fall In Love