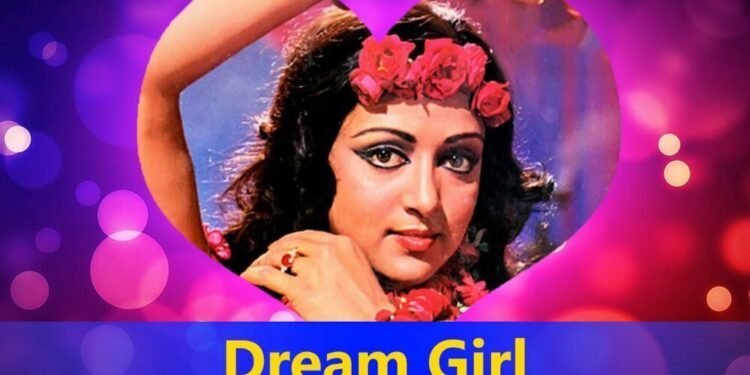 Hema Malini, popularly known as Bollywood’s Dream Girl, turns 72 today. Since the start of her film career, she was a household name. She played different roles in the Bollywood Industry, from actor to director and producer, she did it all. Even as an actress her roles were very diverse, from playing the talkative Basanti in ‘Sholay’ to a loving wife Pooja in ‘Baghban’, to fierce Geeta in ‘Seeta Aur Geeta’, she has spread her magic in every genre. She is also a gracious dancer and now after serving over 50 years in the film industry and acting in over 70 films, she is currently serving as the MP of Mathura, U.P.

Today, on her 72nd birthday, TSA has brought you some lesser-known facts about her.

1) Hema Ji was passionate about being an actress since her early childhood, so much so that she even dropped her school at 11th standard for the same reason.

2) In 1964, She even after being a Tamilian was rejected by director CV Sridhar for a Tamil film. The same role went out to Jayalalitha. Later, Hema made her debut in Tamil industry with ‘Pandava Vanavasam’ in 1965.

3) She made her debut in Hindi cinema with ‘Sapno Ka Saudagar’ (1968) opposite Raj Kapoor, which did not fare well at the box-office.

5) She was the first actress in Bollywood to set a trend of wearing bell-bottoms and shirts in the films.

6) Talking about her married life in her autobiography ‘Hema Malini: The Authorised Biography’ she revealed that her co-actors, Jeetendra and Sanjeev Kumar had approached her with a marriage proposal but she had already lost her heart to Dharmendra.

7) She also revealed that on the sets of Sholay while the scene where Veeru was teaching Basanti how to shoot a pistol was being shot, Dharmendra committed mistakes on purpose to get to embrace Hema again and again. For this, he even bribed the technicians present on the set.

8) She and Dharmendra converted to Islam in order to get married because Dharmendra’s first wife wasn’t ready to divorce him. Hence, they got married with the names of Aisha Bi and Dilawar Khan.

9) She has an age gap of only six years between Dharmendra’s eldest son from her first wife, Sunny Deol.

10) She is the only actress in Bollywood to have worked with the whole Kapoor legacy, beginning from Raj Kapoor, Shashi Kapoor, Shammi Kapoor to Randhir Kapoor and Rishi Kapoor.

11)  Hema Malini was the one to introduce us with Bollywood’s King Khan, ‘Shahrukh Khan’ by signing him for her first directorial movie ‘Yeh Dil Ashana Hai’ (1992). She was very much impressed with him after seeing his acting in TV serial ‘Fauji’. She also let Shahrukh use her own makeup artist, who wasn’t allowed to do anybody else’s makeup.

12) Hema Malini is the founder of ‘Natya Vihar Kala Kendra’ which aims at promoting Indian mythological themes of Ramayana and Mahabharata through various forms of dance.

13) It was once unveiled that Raj Kapoor had written ‘Satyam Shivam Sundaram’ keeping Hema Malini in mind but she refused to essay the role because of the very revealing portrayal of her character in the story. Later, Zeenat Aman was signed.

14) Hema Malini is a staunch supporter of animal rights organisation PETA India, which is why she is a vegetarian.

15) She is a trained Bharatnatyam dancer while her daughters Esha and Ahana Deol are trained Orissi dancers.

16)  She made her TV debut with the role of Goddess Durga in the Puneet Issar directed TV serial ‘Jai Maa ki’ in the year 2000.

17) She was the editor of ‘New Woman’ and ‘Meri Saheli’, Hindi magazines for women.

18) She received her first Filmfare award for her amazing double role in ‘Seeta Aur Geeta’.  The film is available on Amazon Prime, watch it if you haven’t seen it yet.

So that was it, let us know in the comments section how many of these did you know. And for more such content, keep checking our entertainment section.

15 Famous Oscar Wilde Wittiest Quotes that are anything but ordinary

15 Famous Oscar Wilde Wittiest Quotes that are anything but ordinary