2020 is gonna end with Kanye West as president and the Kardashians as the first family, isn’t it? 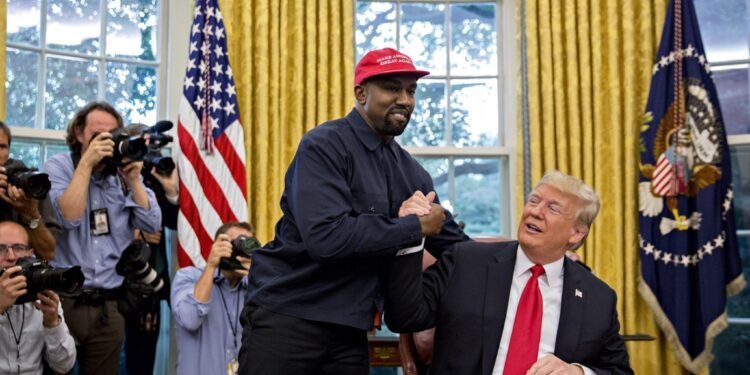 American rapper Kanye West, who has in the past been eviscerated by the left over his vocal support for US President Donald Trump, has said he’s launching his own presidential bid.
“We must now realize the promise of America by trusting God, unifying our vision, and building our future. I am running for president of the United States! #2020VISION,” West wrote, breaking the news to nearly 30 million followers on Twitter on Saturday evening.

Although West did not elaborate further, leaving dumbfounded netizens wondering if he really means it or is just joking around, he has already secured some notable endorsements, including that of entrepreneur Elon Musk.
“You have my full support,” the CEO of SpaceX and Tesla tweeted.

While some took it as a sure indication that Musk is seeking to become West’s running mate, others expressed skepticism that the outspoken rapper could pull it all off, especially with four months left until the 2020 presidential elections.

Others did not make the announcement at face value, dismissing the tweet as a PR stunt aimed at promoting as-yet-unreleased music.

While many laughed off the message as a marketing ploy, it did not take long for US President Donald Trump’s detractors to accuse West of conspiring with the president to “steal the black vote” from Democrat presidential candidate Joe Biden.

While it’s unclear whether West is serious in his intention and, if so, whether he is running as a third-party candidate or an independent, the news set Twitter alight, sending #LateRegistration, #Kanye, #2020Vision as well as the name of his wife, Kim Kardashian, trending.

The prolific rapper has repeatedly taken heat from fellow Hollywood celebrities for his on-again, off-again bromance with Trump. West has proudly sported a “Make America Great Again” hat on numerous occasions, including during his much-publicized trip to the Oval Office back in October 2018, when he hailed Trump for moving forward with criminal justice reform.

Kanye West running for president against Joe Biden and Donald trump in 2020 amidst a global pandemic and massive national civil unrest is like when a tv show just keeps jumping the shark over and over and over again and refuses to end the series except it’s real life and billions of people the world over are affected by this.

French Carmaker is all set to rule the Indian Market

French Carmaker is all set to rule the Indian Market