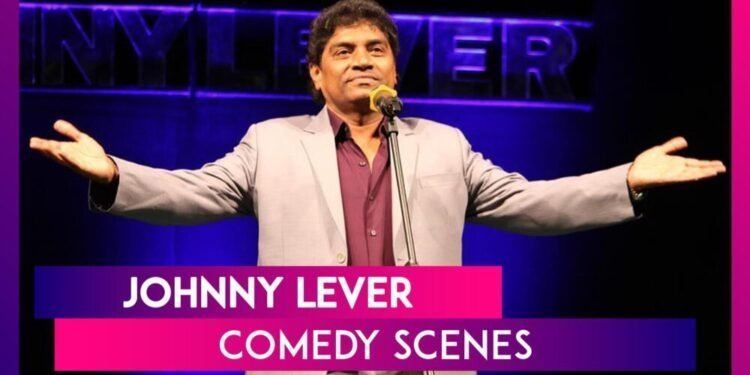 Nobody can deny the fact that every one of us, who love watching movies, has had an experience of witnessing the best of Johnny Lever in Hindi movies since his breakthrough in the early ’90s. With great comic timing and facial expressions, he has been able to make a long-lasting impression in the hearts of his fans. Whatever role he has played on screen couldn’t have been done with that perfection if someone else was in his place.

On the auspicious occasion of his 63rd birthday, TSA has brought some of his popular comic roles with scenes attached. Let us know which of his character you would like to see being his fan.

Babulal, head-servant of Chopra Palace, decides to make a special tea for the boy’s family who are coming to see Priya (kajol). Though he has never made a tea in his life but seems very confident about his decision. Ultimately, he serves the boy and his father tea without tea leaves in it.

The scene is about the first night of Hiralal’s wedding, where he asks his wife politely to sing a song for him and she utters Abba Dabba Jabba to his request. After three unsuccessful repeated attempts to make her sing, finally, he gets to know that he has been duped his father-in-law in getting married to a girl who knows nothing but only Abba Dabba Jabba to speak.

In this scene, Chotta Chattri (Johnny Lever) is seen sitting inside a dark hotel room in New York waiting for MoneyLal (Paresh Rawal) and his son-in-law to kidnap them. After unlocking the room, both of them are left startled finding a suspicious character already present there. When they enquire him, he starts to stammer in every other word coming out of his mouth.

In this scene, Appu Khote (Johnny) is seen bragging about himself for being the most generous husband and father to his family. He belittles his wife who says Arrraara! in everything. In the meanwhile, he unknowingly puts a crack in his mouth thinking it to be a cigarette and orders his wife to lighten it with a lighter. The moment she lit it up, his face blows off.

The scene starts with Pappi Bhai explaining to his two cronies about how he managed to steal the queen’s jewel in a running car trying to escape the chasing police. In the midst of this, he happens to forget everything and gets astonished at why the hell they are running. The two cronies murmur to each other that they have become fed up of Pappi’s memory loss.

Navroz 2020: A Beacon of Hope in the Present Time

Navroz 2020: A Beacon of Hope in the Present Time