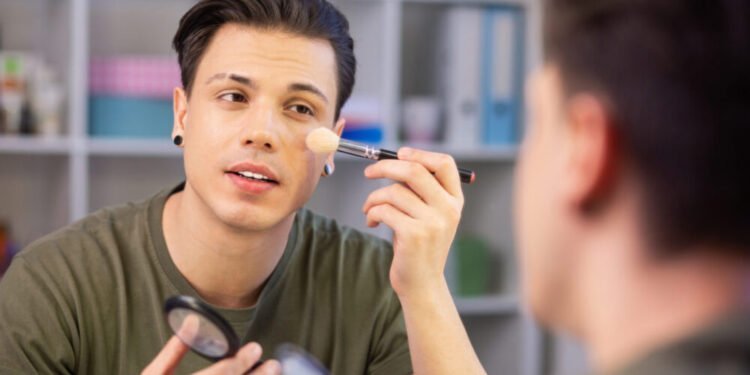 “You don’t have to be of a certain gender to follow your passion. No matter even if it is precisely done by a man or a woman”.

Makeup or the use of cosmetics on the skin is still considered “Female Like” is not just in India but many countries. What do we do, if we feel like watching tutorials on them exclusively available on YouTube? We look forward to Female featured channels because we have this notion in our minds that only Women can do makeup and not men. As we move forward with modernism the gender demarcations that were once restricted under certain norms are slowly easing, vanishing and people have started to accept themselves and things that gives them happiness.

The social media age and proliferation of our thoughts have played a huge role in breaking the ground records. We all remember the magazine “CoverGirl” when it announced James Charles as its fresh face.

Would you believe that 2 0ut of 10 Beauty Influencers in the World are male? Not because they find themselves feminine but the answer to it is that “they simply love doing makeup”.

Have you ever noticed that nowadays, when babies are born, he or she is assigned colours according to gender? Blue for a boy and colour pink for her. Well, how can we decide that he or she is going to like a certain colour and not vice versa? Yes, that is what society does to all of us, it sets a benchmark right from our childhood of what to do and what not to. Men are expected to be stiff, hard and not cry or break down whereas, women are considered to be graceful, implicit and soft-spoken.

A brief look on the history: Makeup was never feminine, instead in 4000 BC men used almond kohl to create eye extensions and design it in whichever way they felt was suiting them. But after modern history, Men in Rome used to dabble their face with powdery substance mainly known as highlighters now. Limiting to not just this, they used to apply nail extensions and beautify them.

Now, in today’s urban era “women culture and femininity” has taken away the lead and male grooming is considered a “not so normal phenomena”. Male’s skincare is acceptable to a fact that it shouldn’t reveal he has worn some “made-up” stuff. Thankfully, something which was considered before the advent of the internet and social media trend as “Girl-Thing” is now coming out as “My-Choice” with many backings, support and hashtags to the culture of this gender stereotype. Now the industry selling male grooming products is a multi-million worldwide.

TSA brings you 5 most EYE-CONIC Indian Social Media Beauty Male Influencers who have “Knocked The Culture” with their style and nailed it by kicking the stereotypical society out!

Batra is amongst the top Indian male influencers searched daily on the internet for his eccentricity that sets him apart.