5 Underrated Movies On Amazon Prime That Should Be On Your List!

Amazon Prime has myriad movies and, inevitably, you will not be able to watch all of them. But again, they take the films for a short period, so if you don't want to miss out on some hidden gems– read to find out about underrated movies on Amazon Prime. 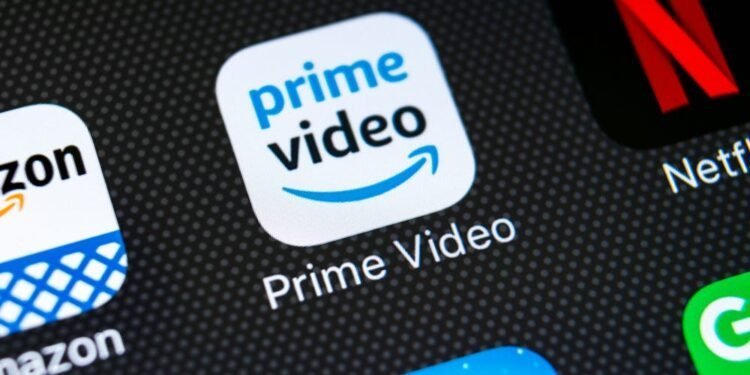 Sometimes when you open Amazon Prime, Netflix, or any other OTT platform, it seems impossible to pick a movie to watch. These platforms have thousands of movies that keep on showing up as we scroll down.

Amazon Prime has added various new movies, and it keeps on expanding its scope every month. It is not easy to sift through such lengthy content– and what’s more, they take most of the films for a short period.

Maybe you hit the click button on the famous movies or have high ratings, but in your hunt of searching the right one, you may miss out on masterpieces by filmmakers who are not extremely famous.

We have assembled these hidden gems just for you, so you can give them a try and let us know if you liked them!

So, listed below are 7 underrated movies on Amazon Prime which are worth watching!

Winner of two Academy Awards and earning a nomination in six categories, Sound of Metal is a film you wouldn’t want to miss. Featuring Riz Ahmed as Ruben Stone, a drummer whose life turns upside down when he develops a sudden hearing loss.

Ruben was on his way to perform with his partner Lou when his ailment became so intense that he had to leave halfway to seek medical assistance. Ruben was left unsettled and utterly miserable with his condition;  he could not accept the reality in front of him.

The film is a journey of Ruben and the acceptance he needs to cultivate to recognize his condition. It is a heart-breaking movie to watch and gives an empathetic insight into the lives of deaf people.

2. One Night in Miami

To the world, they are idols and activists with their principles about the future of Black Americans– but to each other, they are companions who are not afraid to counter their beliefs. It is the directorial debut of Regina King– and the director has done great work in making the film thought-provoking and building various new arguments around the issues.

It is a once-in-a-lifetime gathering of four icons that no human in their right mind would abandon without watching!

An American comedy-drama released in 2020, the film stars Paul Bettany and Sophia Lillis. It is a road movie revolving around a man who is struggling with his past.

Set in 1973, the film follows Uncle Frank (Paul Bettany) who is on his way to a road trip with his niece (Sophie Lillis) from New York City to South Carolina when unexpectedly joined by his lover Wally.

Paul Bettany has put his heart and soul into his closeted character. Even if it sounds a little monotonous at first, the movie is entirely worth watching.

Based on the memoirs, Beautiful Boy: A Father’s Journey Through His Son’s Addiction by David Sheff and Tweak: Growing Up on Methamphetamines by Nic Sheff, the movie orbits around the story of a father whose son is addicted to meth.

Representing individuals with addiction is a challenging task as it needs an insight into the internal scenario of such people and their families — nevertheless, the film concentrates on the right facets and, if you have ever been addicted yourself or know someone who has been, you will find it a good watch.

The film featured Timothee Chalamet and Steve Carell– both of whom did a wonderful job.

A slice of life refers to a naturalistic manifestation of real life in the theatrical world. The Florida Project is a slice of life drama film directed by Sean Baker. The story follows a six-year-old girl staying with her jobless single mother in a motel in Florida, as they try to dodge the predicaments to protect themselves from their inevitable homelessness eventually.

The suffering of their life in the city is compared with nearby Walt Disney World. The Florida Project was itself the code name of Walt Disney in its initial stages. The film’s cinematography is a masterpiece and is a great pick if you are looking for a light watch.