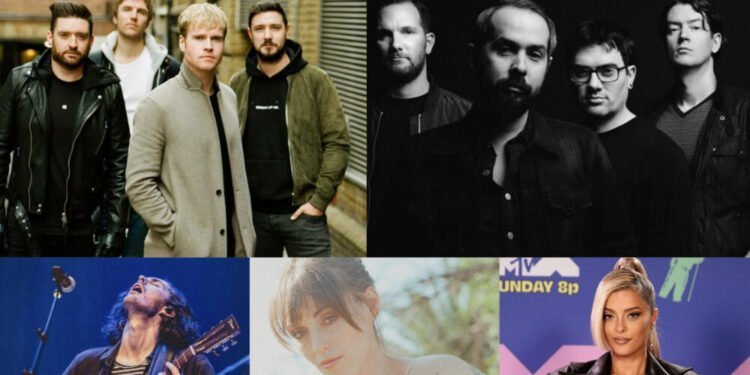 So many songs, so little time!

Music is our ultimate therapy. It takes us to a realm where everything, even if for a moment, becomes alright.
Like books, there is never “too” much music. Music is our soul. It is unfortunate that some of the musical artists who make AMAZING songs remain underrated. They are lost in the sea of thousands of artists.
And for people who have playlists for all their moods, and who cannot sleep with that one song daily, these are the underrated artists you REALLY need to listen to in 2021!

Originally named “21 Demands”, Kodaline are an Irish rock band. Famous for their song ” All I want” which was featured in the adaptation of the book “The Fault in our Stars”, Kodaline really do have the mojo to take you to an inescapable place.

The song was also nominated as BBC Radio 1 DJ Fearne Cotton’s Record of the Week, featured in the season 9 episode of Grey’s Anatomy, “Remember the Time”

The group includes Steve Garrigan, Mark Prendergast, Vincent May and Jason Boland.
The band’s poignant, indie pop and rock vibes have been a treat to fans worldwide.

Their latest album “One Day at a time” was released last year. This album gave some of the best songs like “Saving Grace”, ” Say Something”, “Wherever you are,” etc.

Their impeccable vocals, heart-wrenching lyrics blended with both emotional ballads and rock vibes makes them simply one of the best groups, and unfortunately underrated as well.

Andrew John Hozier-Byrne with the stage name “Hozier” is another Irish musical artist.

Drawing his lyrics from folk, soul and blue genres with a blend of religious and literary themes, he is the perfect definition of a bibliophile who loves dark academic themes and ancient cultural-type of music.

He had his global breakthrough with his beautiful song “Take me to the Church” (the sheer beauty of the title though, right!!!)
His haunting and soulful voice is really unmatchable.

After years of featuring in one-off singles and co-writing songs for brandname stars like Katy Perry, Camila Cabello and Idina Menzel, Sasha Sloan eventually dropped her debut album “Only Child” in 2019.

What is more insane is her journey to the music industry. She found her way through a viral reddit post. Her songs are mostly slow and soulful filled with tranquillity.

Cigarettes After Sex is an American dream pop band forged in El Paso, Texas created by Greg Gonzalez in 2008.
The current members are Greg Gonzalez, Jacob Tomsky, Randall Miller and Josh Marcus.
The band has so much intimacy in its music that it is impossible to listen to them without feeling that tinge of emotions running through you.

Their song has melancholy, regret, love, dreaminess, surrealism and every other emotion you could possibly think of.

Gonzalez’s voice has been defined as “androgynous” – having both feminine and masculine sound to it. The band is an ambient pop with a whiff of slowcore, shoegaze and indie rock.

Bebe Rexha is possibly the most underrated of the lot.

She has composed and worked on several hits with the likes of Nicki Minaj, Martin Garrix, G-Eazy, Selena Gomez, and Rihanna.
Apart from having a strong personality, she has an equally powerful voice.

Her collaborated songs are a hit, but her singles should garner the attention they deserve.
Rexha is known for a mixture of genres, chiefly pop.

Her debut song credit was a K-pop song for Shinee, and since then she has released songs in the hip hop, alternative rock, R&B, country, rock, dance and electronic music genres as well.

10 Luxurious and expensive homes of politicians that will not make you believe your eyes!

10 Luxurious and expensive homes of politicians that will not make you believe your eyes!