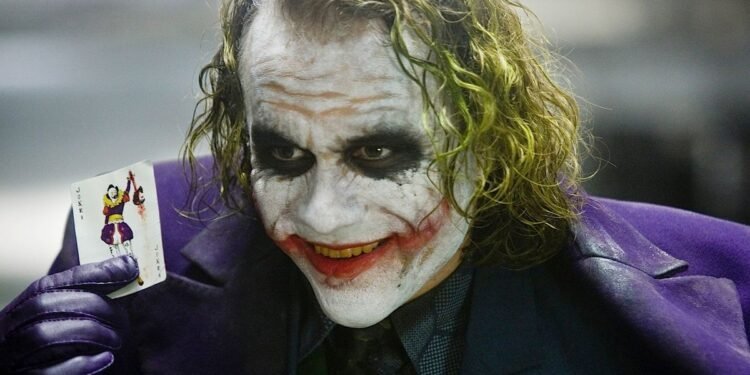 Time, memory, dreams, guilt, and chaos; these are some of the themes used by Christopher Nolan in his movies. With each of his films, Nolan has come to be known as a genius film-maker. He is one of the directors who know how to craft an engaging story that would put audience on their feet and make them guess of what would happen next as well as support that story through amazing cinematic techniques.

The Dark Knight has some unforgettable moments and some of the best performances in a superhero film. Heath Ledger as the Joker may go down as one of the greatest villains of all time. They story is set in the city of Gotham, where a new enemy of the Batman wrecks havoc. The film deals with chaos and natural conflict, created when ‘an unstoppable force meets an immovable object’. This crime saga is full of darkness and complexities and it one of Nolan’s best work till date.

Memento gave a characteristic style to Nolan’s story telling ability. The movie is tragic and darkly comic and is based on an incredible, original short story by Christopher’s brother, Jonathan Nolan. The movie is about a person who suffers from short-term memory loss and is driven to find the murderer of his wife. The story with its amalgamation of different themes and cinematic devices would paint a frightening image in your head. It would make you question your own memories.

Dunkirk was Nolan’s first history related movie where he aptly captured tense and challenging situations of the WWII. The film tells us about how 400,000 were rescued when trapped on the beaches on Dunkirk. Here he uses the cross cutting technique to tell war stories in three different arenas. The film continuously rise is suspense throughout to keep the audience engaged. The special effects and sound design would make you feel like in a real war field.

Starring Oscar winners Al Pacino, Robin Williams and Hillary Swank, Insomnia is one of the most haunting murder mysteries of all time. The protagonist is a flawed character just like many of Nolan’s masterpieces. It is the story about of a sleep deprived detective who is being sent to Alaska to solve a murder case. The movie establishes a blurred relationship between the hero and the villain. The film has some of the best performances in any Christopher Nolan movie.

A conceptual rollercoaster that would take your mind for a spin, Inception is the most popular mind bending movie of Christopher Nolan. This film would make you doubt your conscience. The story is of Dom Cobb, who is tasked to plant an idea in someone’s mind. The concept of dreams and reality is portrayed in a surreal way, especially in regards to Cobb’s relationship with his wife. The film is quite inventive with an absolutely superb climax full of depth.

Based on the novel from Christopher Priest, The Prestige is an intense and starkly realistic periodic piece that brings a new edge to magicians in the early 1900s era fighting to impress and amaze audiences everywhere. The story revolves around two versatile magicians who compete to master the greatest illusions of all time.

Nolan narrowed the line between science and magic by portraying the brilliant mind of Nikola Tesla. The movie’s script is rated highly by critics as well.

Also Read: Most viewed K-Pop songs of all time