There are never enough recommendations for a bibliophile! Even if we keep on delaying our TBR pile, it is always great to add on books. So, here are the book recommendations by Ranbir Kapoor. 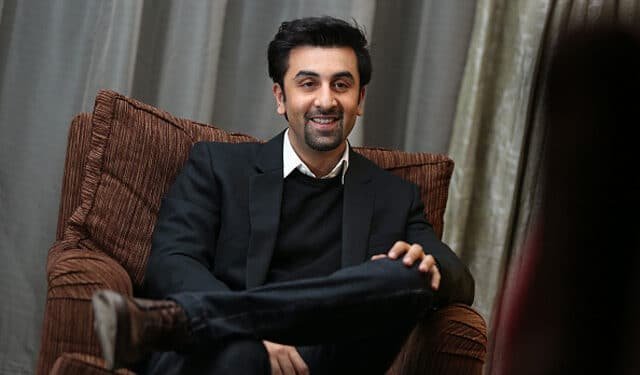 Probably one of the most influential and popular actors of the contemporary film world, Ranbir Kapoor loves playing games and is an avid football fan as well.

Travelling is always on his list and the artist learned jazz and ballet as well. Apparently, the actor admires being in touch with different fields and it seems that reading piques his interest.

Apart from these, he also loves reading autobiographies and biographies– directing that he is an avid reader as well.

So, here are the 6 book recommendations by Ranbir Kapoor:

Heavier than Heaven is a biography of Kurt Cobain, one of the lead artists of the worldwide popular band, Nirvana.

Written by Charles R. Cross, the book took more than four years to be written and included more than 400 interviews.

2. The Kid Stays in the Picture by Robert Evans

Ranbir Kapoor really loves autobiographies! The Kid Stays in the Picture is the autobiography of the Hollywood director Robert Evans.

Evans has directed several well-known films like The Godfather, Chinatown, and Love Story. The book gained worldwide popularity and was also adapted into a film of the same name.

3. The Outsider by Albert Camus

Albert Camus, French philosopher, author, and journalist, wrote ‘The Stranger’ in 1942. It was published with the title ‘The Outsider’ in English.

Ranbir Kapoor himself said that the philosophical book had ‘an impact on him.’ Camus themed it around existentialism and critics often called it a blend of absurdism.

The book is set around Algeria, where Meursault is a French settler who kills an Arab man a few weeks after his mother’s funeral.

Meursault is sentenced to death for the same. The story is divided into two parts where Meursault writes his perspective before and after the murder.

4. The Legend of Lakshmi Prasad by Twinkle Khanna

The book is a collection of four stories about feminism written by Indian actress, newspaper columnist, and author Twinkle Khanna.

The four stories are set in different areas titled: “The Legend of Lakshmi Prasad”, “Salam, Noni Appa”, “If the Weather Permits”, and “The Sanitary Man of Sacred Land”.

The lead character of the last story was the same man on whom the film Pad Man was made.

Catch-22 is set during the Second World War between 1942 and 1944, following the story of Captain John Yossarian, who is described as the ‘antihero’– meaning that the protagonist lacked heroic abilities.

Set in Italy, Yossarian is stuck in the land where he is a stranger to the people and suffering in his army where he is assigned different missions– which he has to conduct even if he doesn’t want to.

Catch-22 is a complete work of satire and dark comedy, often cited as the most influential novel of the twentieth century.

6. On the Road by Jack Kerouac

On the Road is a chronicle written by Kerouac around his travels with his best friend, Neal Cassady. The book is divided into five parts, three of which tell the author’s journey with Cassady.

The free-spirited and adventurous characters tour the roads of America for years.

If you read the book closely, it would appear a story similar to Bunny’s in Yeh Jawani hai Deewani and it might be the reason that On the Road found itself among Ranbir’s favorite books.