If you are done listening to folklore and cannot help but still fall in love with Taylor Swift's glorious world, how about looking at book recommendations by Taylor Swift?

by Anamta Husain
in Literature, Listicles
0 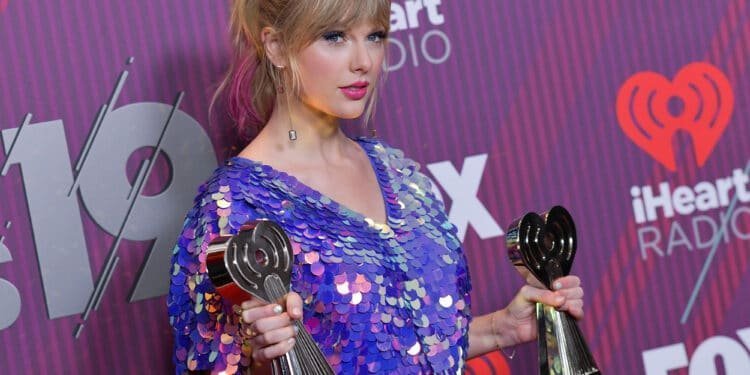 Book readers always have a hobby of relating different songs to fictional characters and their stories. Taylor Swift‘s songs are the top choice for the same– imagine your favorite characters in a film and the background music being cardigan or lover or wildest dreams. Good news for us readers, Taylor Swift, is a bookworm herself.

She has recommended numerous books each year. And if you ever listened to her songs closely, you will see that she often referenced several fictional characters in the lyrics.

So, how about reading some books recommended by Swift and listening to her music? Sounds like a great plan, right?

Here are the 6 Books Recommendations by Taylor Swift-

1. Conversations with Friends by Sally Rooney

What is better than a conversation with your friends? As the title itself suggests, the book is around conversations among two friends, Frances, who is a college student and an aspiring writer, and the self-obsessed Bobbi, her ex-lover, and best friend.

The two now perform spoken-word poetry in Dublin, where they meet Melissa, a sophisticated older woman, and her husband, Nick. Soon, Frances falls for Nick no matter how hard she tries to resist her emotions.

Surrounding the life of a woman who has everything she wants–a home, a husband, and a career except happiness, Eat Pray Love details the woman’s divorce and the subsequent year she spent traveling.

Eat Pray Love is actually a memoir of the author, and a movie of the same name was released in 2010 starring Julia Roberts.

3. The Fault in our Stars by John Green

An extremely beautiful and heart-wrenching novel by the prominent author John Green, The Fault in our Stars is about two teenagers– Hazel Grace Lancaster and Augustus Waters and their journey to falling in love and fighting their illness.

The two of them meet in a cancer support group and soon their friendship blossoms to love. If you still have not read this book, you need to pick it up right now!

Not only is the story extraordinary, but John Green’s narration and his way of entrenching creative elements in the book to carve it even more wonderfully makes it hard to restrain oneself to finish the book in a single sitting.

4. The Hunger Games by Suzanne Collins

The dystopian sci-fi trilogy is basically centered around a survival game in a post-apocalyptic world, where twelve districts are forced to participate in hunger games conducted by the Capitol filled with rich and prosperous people.

Each district has to send a boy and a girl to Hunger Games, where dangerous events break out, and a battle royale-like situation is placed.

Each district was once the root of a rebellion against the Capitol, and so the game signifies the mercilessness of the Capitol and its power over the people.

When a series was adapted on the same name, Taylor Swift sang ‘Safe & Sound’ and ‘Eyes Open’, which were included in the series.

Taylor really loves Peter Pan. And who doesn’t? It sure does bring a ton of childhood memories. Neverland, Captain Hook, Wendy, Tinker Bell, etc. all bring back the old days when we spent hours watching the same TV series of the same.

But, have you ever tried reading the book? If not, this may just be the right moment to revisit Neverland and have fun with Peter Pan!

Taylor Swift’s song always directs towards a strong and passionate woman. No wonder she recommended Jane Eyre. She even referenced the protagonist in Mad Woman and Invisible Strings.

The book deals with Jane Eyre, an orphan who lives with her aunts and uncles who often mistreat her along with her cousins.

However, Jane soon learns that life will never be easy for her if she continues fighting for herself.

Also Read: Best Lines From Me Before You, Book By Jojo Moyes