6 classic novels by Indian Authors that are must read 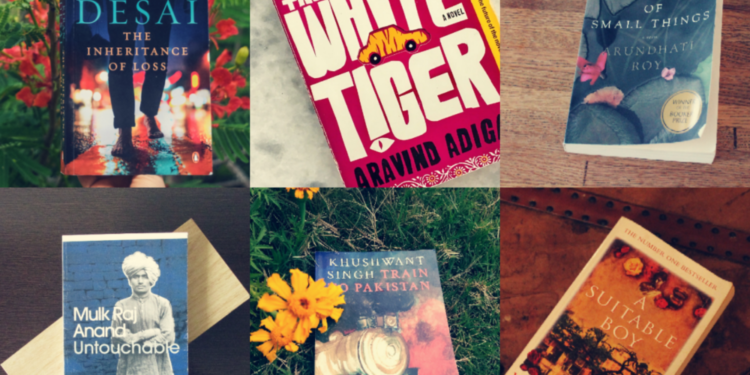 George R. R. Martin said, ‘Sleep is good, and books are better’. Sleep is precious because of all the dreams but reading is more precious as it takes us into another world while awake. Reading open gates to fantasy, myths, as well as reality.

Indian Literature is known worldwide for its portrayal of culture, magic and realities. After the Independence authors like Mulk Raj Anand, Khushwant Singh, Satyajit Ray wrote some phenomenal books that got worldwide appreciation and acknowledgement. And later authors like Vikram Seth, Arundhati Roy and Kiran Desai produced modern classics.

Below mentioned 6 classics by Indian authors are the whole and sole of the country.

The novel follows a day in the life of protagonist Bakha and is set in the fictional town of Bulashah. The inspiration for the book came from an experience of Anand’s Aunt when she shared a meal with a Muslim woman and was treated as an outcast. It highlights the discrimination and systematic oppression inherent in society. The character of Bakha is a paradigm through which Anand challenges the corrupt and dehumanising behaviour towards Indian lowest social caste.

Untouchable is available on Amazon. Grab a copy if you haven’t read it.

Train to Pakistan (1956) by Kushwant Singh

A modern Indian classic, the book weaved the nightmare of partition in the fictional village Mano Majra on the border of India and Pakistan. The story is about a train that arrives with the clutter of dead bodies and the lives of the people are scattered. It is also the story of Mano Majra that is plunged into religious hate. The book depicts the human dimension to partition other than the political and brings the horror and reality of Partition.

Train to Pakistan is available on Amazon. Grab a copy if you haven’t read it.

It is a story of four large extended families over 18 months set in the fictional town of Brahmpur, located on the Ganges between Benaras and Patna. It is a story of Lata and her mother Mrs Rupa Mehra, both of them are trying to find a suitable boy for Lata in the newly independent India. The story is weaved in love, ambition, humour and sadness.

A Suitable Boy is available on Amazon. Grab a copy if you haven’t read it.

The God of Small Things (1997) by Arundhati Roy

This book is all about small things and how it affects people’s lives. Set in Ayemenem, Kerela, the story jumps between 1969 and 1993. The novel opens with Rachel’s return to Ayemenem after hearing that her twin brother Estha, has come home. It is a kaleidoscopic impression of different stories.

The God of Small Things is available on Amazon. Grab a copy if you haven’t read it.

The inheritance of Loss (2006) by Kiran Desai

Kiran Desai’s novel is a story of joy and despair. It is a story of two people Biju, an illegal resident struggling to make a life in the United States and an anglicised Indian girl living with her grandfather in India. The novel portrays the theme of colonialism, loss of identity, migration and the life between two widely different worlds.

The inheritance of Loss is available on Amazon. Grab a copy if you haven’t read it.

It is a satire that criticises the political and economic factors of democracy through humour and vivid imagery. The story is about an illiterate servant Balram Halwai in Delhi who tries to escape the darkness of poverty by killing his master for money and escaping to Bangalore. Balram tries to justify his wrongs as right.

The White Tiger is available on Amazon. Grab a copy if you haven’t read it.

10 Weird Prohibitions Across the Globe

10 Weird Prohibitions Across the Globe