In this article, we will tell you some interesting facts about the oldest land known to man, Egypt.

by Buzz Desk
in Travel, Listicles
1 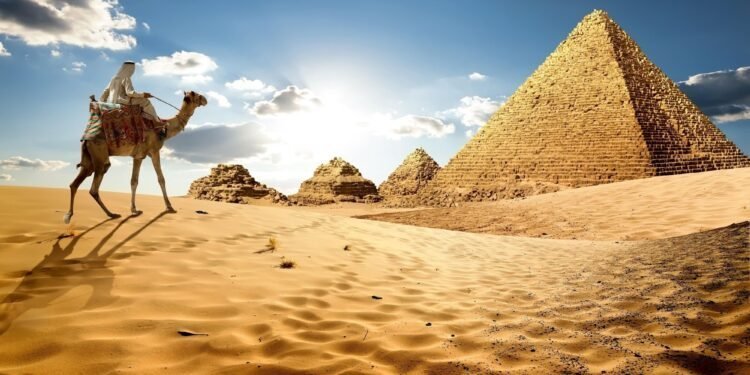 Located in the northeast corner of Africa, Egypt links the Asian continent with Africa.  The country is the most populous in the Arab world and the third most populated country in the whole of Africa with about 82 million inhabitants.

Let’s take a dive into the 5000-year-old rich history and heritage of Egypt and find some fascinating facts.

1.  Cheaper than you think

Egypt is surprisingly cheap if you compare it with other arts of the modern world. A subway ticket to travel the whole of the capital city of Cairo, which is about 65kms of the railway line, would cost you 1 Egyptian Pound, which is equal to 5-7 US cents.

The traditional Egyptian breakfast consists mainly of beans and flatbread would cost under a dollar per person and can get you through the whole day. Egypt is ranked second on the list of the cheapest places to travel for tourists.

Despite being an Islamic country with the majority of the population being Sunni Muslims, the beer holds more importance than other people might think.

Egypt’s local beer, commonly manufactured under the brand name of Stella is made up of pure high-quality barley that Egypt is known for. Beer was so important in the ancient Egyptian culture that bottle of beers was left in tombs to make sure the deceased has enough beer to drink in the life after.

Even today, after the pious Islamic month of Ramadan, you can see long queues outside liquor stores after a whole month of not consuming alcohol.

3. The pyramids of Giza are not the biggest

Many people, including some Egyptians themselves, believe that the famous Giza pyramids are the biggest in the world which is not true.

However, the title of the tallest pyramid goes to the Khufu Pyramid of Giza. Also, believed by many as the land of pyramids, Egypt does not even have the most numbers of pyramids. Their neighbors, Sudan has twice the number of pyramids more than Egypt.

4.  Cairo was once called the Most Beautiful city

Cairo which is now ranked as the fifth most polluted city in the world was not always in such a bad condition. In fact, even in 1925 Cairo won the title of the most beautiful city in the world. The city also competed for the same title in the year 1950 along with Paris and London.

Between the border of Egypt and Sudan, you will find 2,060 sq. km of land that is unclaimed by either. The story of this no man’s land goes back to the time of British rule.

Back in 1898, a state political boundary was marked between the two countries. But an irregular administration was drawn a few years later in 1902.

Egypt follows the political boundary while Sudan acknowledges the administrative boundary leading to an unclaimed land between the two countries named ‘Bir Tawil’.

The tradition of exchanging wedding rings could be traced back to Egypt. Many theories given by historians gave theories to support this. The shape of the ring looks like the sun and moon which the ancient Egyptians worshipped.

The Egyptians also thought that the open space in the middle of a ring represented a gateway to the unknown. When Alexander the Great conquered Egypt, the Greeks adopted this tradition of giving rings to their loved ones.

7.  Statue of Liberty for Egypt

The statue of liberty which is currently located in New York, USA was originally meant to be placed in Egypt. The statue was intended to be erected on the Suez Canal’s entrance but due to the high cost of the project, it was canceled and the statue was sent to the USA.

It is not the only monument that was meant for Egypt but now is erected at another place. The present obelisk ‘Cleopatra’s Needle’ was brought by Cleopatra from Heliopolis to Alexandria as a decorative piece but was never used. It was buried in the sand on the shore until presented to Great Britain in 1819.

Also Read: 5 countries you can travel to without a Visa