Away from the world of OSTs and theme songs, we once swayed and danced on the title songs of our favorite cartoons! This post is a tribute to all those cartoons that added colors to our life. Be ready for a nostalgic trip! 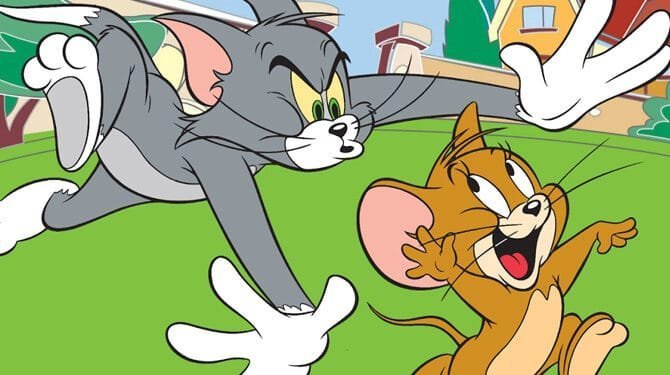 From waiting for intro songs of our favorite cartoon to skipping the intros of the series, we all grew up. We might not watch these cartoons now but their title songs are still engraved in our hearts.

Remember the days when we forgot to take a nap or have lunch and all the shows we binge-watched as a child after coming from school. Who cared about eating and sleeping in those days, right?

So, to sum up, our entire childhood in a single post, here are the cartoon title songs to give us a nostalgic trip!

Once upon a time, all of us as kids wanted was Doraemon’s pocket or even just the “Anywhere Door.” Probably one of the most addictive cartoons, Doraemon has its origin in the Japanese manga series.

If you did not take Shinchan’s lesson on how to be a troublemaker and a mischievous kid, you missed out on a lot of fun.

Weren’t we all afraid of Shinchan’s mother? Also, his bond with his pet dog was precious and all of us wanted a pet back then watching Shinchan.

Another cartoon based on Japanese manga series, Ninja Hattori and Kenichi were similar to Doraemon and Nobita but with their own unique adventures.

Apart from them, Shinzo and Shishimaru left no opportunity to make us laugh.

One of our favorite title songs, Noddy’s unstoppable nodding after sneezing or falling down was the highlight of the show!

Also, as kids, we were in awe of the fact that a little kid like us in Toyland was working as a driver.

Oswald’s theme song had no lyrics but it was so soothing and watching him come out of his house (which was amazing, btw) and meet his friends.

Surely, as an adult all of those alarms cannot wake us up but knowing that Oswald was airing early in the morning, all of us woke up without the clocks.

On top of that, Oswald taught us the importance of friendship and going out of the way to help our friends.

Taking science class or watching Phineas and Ferb, what will you choose? We know the answer!

Phineas and Ferb developed an interest in inventing new things and you must have tried at least once to make something yourself in summer vacation.

Tom and Jerry‘s opening tune might not be a melody that we remember but Tom chasing Jerry is something that will stay with us for a lifetime.

Cat and mouse? No, we say Tom and Jerry!

Mickey Mouse was one of the shows that aired around 7-8 in the morning on Disney. Just like Oswald, Mickey Mouse had the potential to wake us up early every day.

Plus, Donald, Daisy, Pluto, etc. all the characters in it were amazing.