8 Professional Beggars in India Who Might Be Richer Than You: 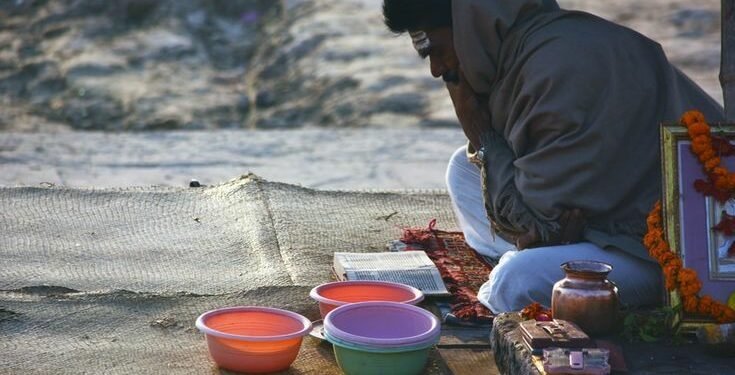 The last data collected by the Indian census states that there are over 4 lakh beggars in our country. Reportedly West Bengal alone consists of 81,000, Uttar Pradesh has 65,835, 29,723 in Andhra Pradesh and MP has 28695.

Although, begging is considered to be illegal in India and under the IPC it is a crime. But reportedly, India has a whole ‘begging industry’ worth $1.5 billion. We can find beggars in every nook and corner, paradox!

In a country where we talk about, rich are getting richer and poor getting down further in the abyss, but no here is a twist; few know how to survive and not just survive, but even can live a life better than me and many of you.

It’s not just a random act, but the act of begging is much systemized and properly practised. It is channelized as well. There are different gangs and there is a gang leader. Small brats collect and all the money goes into the pocket of the head.

Here are some of those professional beggars across different cities in our country.

Bharat, a 51-year-old beggar reportedly operates at Azad Maidan or Chhatrapati Shivaji Terminus. He is one of the richest beggars in the country. Apart from two apartments valued ₹70 lakhs each, he also rents a juice shop at 10,000 per month.

She is one of the most famous beggars in the country. She lives behind Ashok Cinemas, Patna. She is no small-time beggar, she earns ₹50,000 per month and pays an annual insurance premium of $36,000.

Most of the times, he is seen begging around Khar region in Mumbai. He owns a flat, two individual houses and some real estate in Solapur. He has also some investments and a bank balance of more than half a lakh.

He is reportedly seen begging near Charni Road, Mumbai. He is the owner of a flat valued ₹5 lakhs at Nallasopara. He earns around ₹1,500 a day.

Hailing from Kolkata, she started begging at a very young age of 16 and spent the rest of her life begging but also saved a lot of money in her bank account. She earns around ₹30,000 per month.

Most of the times seen begging around Andheri. He starts begging around 8 in the evening till the early morning. He is said to earn on an average around 1000 to 1500 per day. He has a 1BHK flat in Andheri West and another in Andheri East as well.

Hailing from Patna, Kumar is said to have assets worth ₹1.5 crores. He fractured his leg in a rail accident and started begging on rail platforms to earn a living. He is often spotted begging on Patna Railway station even after being removed by the police ample times.

8. Burju Chandra Azad: Burju was a beggar and supposedly had a fixed deposit of ₹8.77 lakhs and some cash around ₹1.5 lakhs at his residence, in Govindi. After he lost his life while crossing the railway tracks in 2019, all his assets were discovered by the Mumbai police.

Mumbai: A fixed deposit of Rs 8.77 lakhs & around Rs 1.5 lakhs of cash (mostly coins) recovered by police from the residence of a beggar Burju Chandra Azad in Govandi, who died in an accident while trying to cross a railway track. pic.twitter.com/44ICDXnXTM