A broad collection of LGBTQ films and Tv series can be found among the various movie titles available on Amazon Prime Video. However, some of these hidden jewels are difficult to locate. While you could search through all of Prime Video to find a good match, we've put up a selected list of the greatest LGBTQ-themed movies available on Amazon. 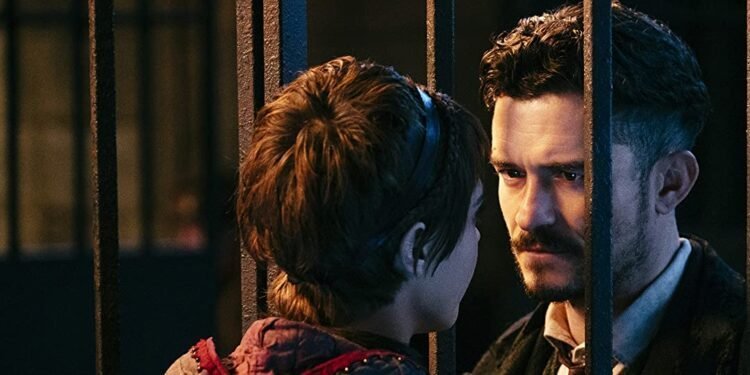 One of the numerous reasons for watching films about non-heteronormative romance is to ensure that stories that have been hidden from history are brought to light. This ensures that everyone in the audience sees a reflection of themselves in the movies and may discover a metaphor for their own emotions.

Cinema is a unique mirror that allows individuals to observe themselves and the society in which they live. Cinema educates us about the past. It ensures that our tales are remembered.

Here are nine LGBTQ titles to watch on Amazon Prime Video if you want to see relationships that are beautiful, heartfelt, and poignant.

Carol is based on the novel The Price of Salt and depicts a woman’s effort to build her own identity as a homosexual individual in 1950s America. Cate Blanchett brings the anxiety of the scenario to life on screen, with the plot making the need to love and desire a person of one’s own choosing, nearly apparent.

In terms of the times it depicts on film, it is a significant work. It’s a touching and genuine look at love tales that don’t fit society’s definition of natural.

Not that you need me to sell you on a show starring Cara Delevingne as a pansexual fairy, but Carnival Row is a fanciful drama that weaves together numerous social issues.

It depicts the struggle of thousands of immigrants around the world to exist in human society through mythological characters. Because the mythological references are strong, it may take a few episodes for some to catch on to this one.

This entire series can be summarised in two words: hot damn. It portrays sexiness in speech without being corny, as well as true chemistry between the leads. I’m not going to give anything away here, but Villanelle.

Also, it takes a fantastic move in not stressing coming out of the closet as a vital element of queer identity by sub texting Eve Polastri and Villanelle’s connection as a type of awakening for Eve, but not explicitly stating what she feels for her, which many queer viewers enjoy.

This anthology is essential to watch for a variety of reasons. For starters, it normalises the nervousness of entering into relationships within the metropolitan system, which can be tough to overcome. Second, it presents multiple partnerships that do not correspond to the hetero norm.

Third, it does not make a great deal out of this, does not claim to be progressive because of it, and by doing so, utterly normalises it. Andrew Scott, Anne Hathaway, Brandon Kyle Goodman — offer stunning performances that will touch your heart.

Jenkin’s Oscar-winning masterwork demonstrates how complex the problem of identity is, as well as how real and heartbreaking the fight to define oneself amid complex societal dynamics can be. Moonlight is a film that I recently saw and found to be awe-inspiring in every way.

It is a must-watch from both a queer and in general perspective, and also because it is one of the very films that talk about something so socially and morally vital without going too preachy.

This film, which was made by Chilean LGBTQ+ activists to bring socio-legal attention to the issue of gender bills, earned an Academy Award for Best Foreign Language Film. A story of a Trans woman’s journey, a voyage about the battle to claim one’s own identity, is nuanced and poignant.

The protagonist’s character arc is a cinematic tour de force, shot and done with emotion. It combines personal identification with universal experiences in such a way that the film that results from it, drives you to confront the world’s intolerance.

This one used its influence as mainstream television to bring queer partnerships into individual families and living rooms. Neil Gaiman’s original literary work is still a flaming favourite among readers, so it’s no surprise that the show drew in viewers right away.

It has an unapologetic, ambitious storyline, which is enhanced by the richly imaginative novel from which it is based.

This show incorporates a same-sex relationship as part of one of the key plotlines, making it one of the best vigilante/superhero series ever filmed.

To be honest, this has never been done before in the superhero genre, and that alone makes this series unique – it tackles LGBTQ+ erasure head-on. As a fan, I expect many more shows in this genre to follow this step, though I’m sure it will take some time for other series to catch up to this one’s pure cheekiness.

This film’s absolute, heartbreaking, magnificent, and vivid poetry has shocked me to my core in a way that few other works have. I don’t normally go toward romantic films, but a friend forced me into seeing this – and I’m grateful for the heckling.

A lesson to be learned from this film is that cinema can store so much empathy for the humanistic and all-consuming nature of desire and that this empathy can flood from every frame in the most artistic and gut-wrenching way possible. It’s a work of art, a depiction of the human intellect and emotions. I’m thrilled that it accurately depicted the period. This is one of the most tender love stories in cinema.