This article is for all those who still enjoy the unedited version of songs and especially not for those who were a part of ruining songs by Instagram Reels.

by Anamta Husain
in Music, Listicles
1 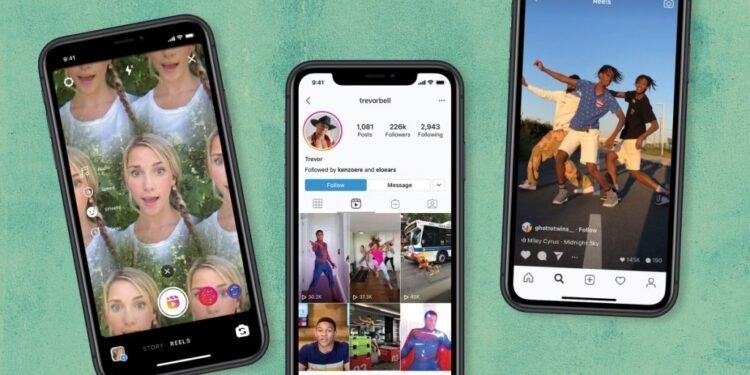 The Lo-Fi versions of songs are sometimes truly amazing to listen to, but some songs are beautiful in their original version.

Although reels brought people’s attention to various underrated songs, they also ended up overusing the very same songs and, on top of that, ruining some of them by editing them and making slowed, reverbed, remix versions.

This post is for all those songs that were amazing the way they were. So, if you are tired of listening to the edited versions of these masterpieces, this post is a cue for you to take a trip down memory lane and listen to the original songs!

After a long break, SRK was back in Raees and with the same energy in Zaalima as in the ’90s song. Besides, Mahira Khan and Shah Rukh Khan gave us exceptional chemistry, and Arijit Singh’s vocals in Zaalima polished it even more.

However, this was destroyed with its remix with Stereo Hearts. We agree that Stereo Hearts totally harmonizes Zaalima’s vibe, but you guys could have left the two songs alone.

Further, the transitions wrecked the songs even more, and soon the irregular beats eroded that soft essence from Zaalima. They even remixed the remix version.

A post shared by Nemesis by Lavanya Sharma (@nemesis_tarot)

Alright, Ajab Si was one of the most beautiful tracks in KK’s career. With SRK and Deepika Padukone looking unreal and the song making us feel like we are in the middle of a dreamland, Ajab Si was our comfort song.

Further, KK never got the hype he deserved in Bollywood, and now everyone is already tired of reels around Ajab Si. Anyhow, the overuse of this song and its slowed and reverbed version ruined it even more.

All the edits by fandoms featuring their idols and transition from western to traditional outfits; the essence of Ajab Si drifted between all of it.

Jashn-e-Bahara was magical, surreal, elegant, and soothing– it was a classic and one of the iconic tracks of Javed Ali until irritating covers ruined it.

Yes, most of the people were introduced to this masterpiece with the ‘Kaise Kahein Kya Hai Sitam’ reel featuring different covers!

Another song by KK got the attention it deserved but with remixes and covers. We are tired of watching groups of friends sitting with make-believe guitars and pretending to sing a few lines of Kya Mujhe Pyaar Hai.

Moreover, some people will never get to listen to the entire song because it will soon become a cliche.

The title track of Kalank, based on the same name, had much more than ‘Main Tera.’ It was an ode to timeless love and could have been the love anthem of the movie.

But unfortunately, it got popular because of the reels and edits featuring the “Main Tera” part from the song.

Really, we are tired of a couple of edits in Main Tera and the remix version with Drivers License.

With profound lyrics that were no less than a work of art and steadying vocals, Ghalat Fehmi can be called Asim Azhar’s magnum opus.

However, all the reels and people putting in their quotes, poems, jokes, featuring the song everywhere on Instagram reels entirely ruined the feels.

Stay and Ranjha are both amazing songs, but like Stereo Hearts and Zaalima, they were not supposed to have a remix.

Stay × Ranjha is how you obliterate all the vibes from the songs.  B. Praak really nailed it in Ranjha until people decided to exploit it in reels.

Instagram brought back an old gem only to tarnish it. Remember the gun sounds and people making pout faces? Sajde was a slow and lively song– offering us the essence we wanted back then.

A classic and from Arijit Singh’s early days in the music industry, Tose Naina was also terrific the way it was. The slowed and reverbed version were okay as well.

Until people decided to make covers and turn them into reels and bring them as remixed versions.