Remixes are good no doubt, but sometimes Bollywood songs are better if they are left as it is. Below is the record of 9 times Bollywood took remixing songs a Lil too far!

by Anamta Husain
in Music, Listicles
2 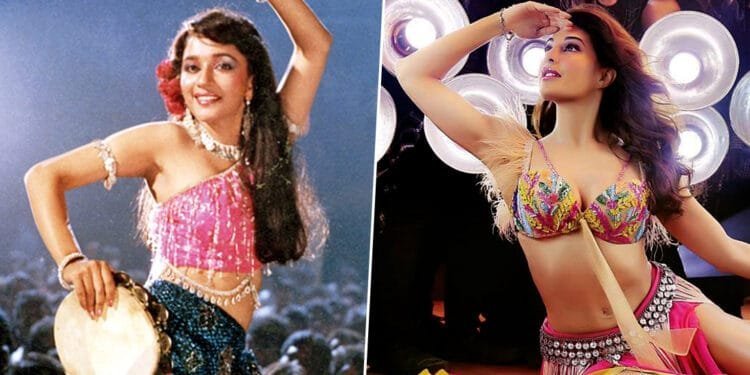 There are several iconic songs in Bollywood that do not need any remix but the wave of remixing old songs and bringing new versions has been going on for some time now.

Some songs like Samjhawan, Tamma Tamma Again, Yeh Dooriyan, and Mere Rashke Qamar were impressive remakes, numerous others did not turn out to be as good.

Some songs are like wine, the older they get, the better they sound. And, on top of that, remixing them taints their perfection.

Madhuri Dixit in her iconic dress for the film Tezaab is the only Ek Do Teen we wanted to hear. Old songs have a vibe in them that gets you dancing around with your friends.

The remix version of Ek Do Teen was not up to our expectations. Listen to the part, “Tera karoon, tera karoon din gin gin ke intezar” – it destroyed the rhythm, didn’t it?

Maahi Ve was amazing because of Richa Sharma, who is frankly, one of the most underrated singers of Bollywood.

The old version was from the film Kaante and years later it still remains unbeatable.

The original version of Masakali was composed by A.R Rahman and sung by Mohit Chauhan. Apart from the supreme combo of the two, Masakali 2.0 lacked even the lyrics to be called a good song.

It received strong hate from netizens and was trolled for months because of its poor composition.

Featuring Sridevi and Jeetendra, the original Naino Mein Sapna was one of the many extraordinary creations of Kishore Kumar, the legendary Indian singer.

A film of the same name based on Himmatwala, starring Ajay Devgan and Tammanah, was released in 2013. It remixed Naino Mein Sapna and this time too the final result was disappointing.

This iconic song from the movie Mr. India, one of the favorite films of its time, was spoiled in the worst way possible.

Also, that ‘I love you’ part in the remake of this song is unable to capture the emotions that Kishore Kumar and Alisha Chanai did.

Even though the singer Udit Narayan remains the same in the remake of Tu Cheez Badi Hai Mast Mast, the 90s kids know how the new version killed the vibe of the song featuring Raveena Tandon and Akshay Kumar.

Even though the quality was not that high, the vibes are what matter the most.

Film- Student Of The Year

Most of you may not even remember this song from SOTY, it was Shanaya’s intro song and can probably be rated as the most damaging remake in the history of music.

Listen to Gulabi Aakhen by Mohammad Rafi and then the remixed version, you will know what we are talking about.

Aashiq Banaya Aapne is the song we grew up listening to.

Although Himesh Reshammiya sang the remix song as well, our childhood remakes of Aashiq Banaya were better than the song we got with Hate Story 4– our hate story with this is pretty strong as well.

The song Chandigarh Kare Aashiqui received positive reviews from netizens, but it was mostly because the majority of the people haven’t heard the original version.

Go and search for the song and you will realize why remixing it wasn’t necessary!