by Anamta Husain
in Buzz
3 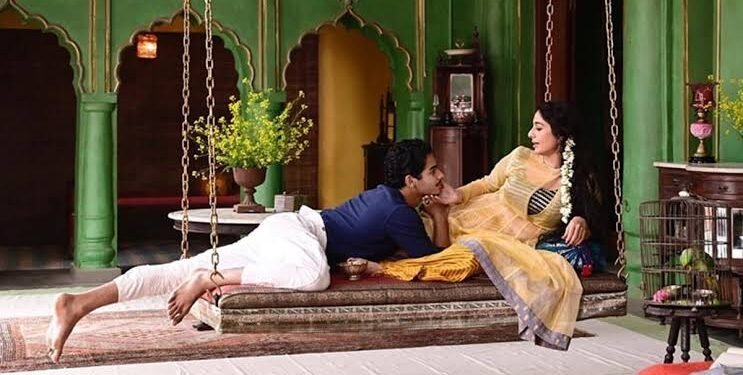 “When India became independent in 1947, it was partitioned into two countries, India was free but the land and the people were divided forever.”

When a book is brought to the screen, rarely is it able to completely convince the readers. Set during the 1950s, A suitable Boy is based on Vikram Seth’s novel of the same name.

The BBC adaptation of A Suitable Boy, directed by Mira Nair and written by Andrew Davies, released on Netflix on Friday.

The rhythmic movements of human connections happen against the background of a recently free India. A Suitable Boy was written through 1992, the time of the Babri Masjid demolition, and published in 1993.

Seth, expounding on characters during the 1950s addressed that time yet additionally to the mid-90s, catching the heart-wrenching fraying of common India.

The book was originally written in English, with 1349 pages, it is one of the longest English language book published in a solitary volume.

The adaptation of the same proposes an unsuitable language for the series.

From the beginning itself, evident from numerous scenes, the series cascades into a western culture, where Middle-class Indians are seen with English as a conventional language, using it for their day-to-day conversations. The adaptation of A Suitable Boy is inclined more towards the white audience.

Moreover, in a scene, two villagers are shown conversing in English and another a lead role is seen kissing one of the men on the open street, with passersby merely glancing at them making it a perfect fit for the Western society.

With a runtime of approximately six hours divided into six episodes, it follows the story of Lata Mehra, a young Literature student in the fictional town of Brahmpur, whose widowed Mother, Rupa is in search of a suitable husband for her.

But Lata- she is independent and determined. She has her freedom although being caged with the familial constraints simultaneously.

Lata meets Kabir at the Brhampur University. But who is Kabir? Singh? Kapoor? Mehra? Nah, he is Kabir Dhurrani belonging to a Muslim family. And thus unfolds the beautifully sorrowful story of Lata and Kabir in new-born India suffering from the fragility of communal uncertainties.

Striding parallel is the story of Maan Kapoor, the unbridled son of the Revenue Minister Mahesh Kapoor.

Maan Kapoor is giddy, childish and unrestrained until he is bound in the shackles of the love for the courtesan Saeeda Bai- her captivating voice and musicianship enchanting the young man. And as put by Leo Tolstoy, “Everything is fair in love and war.”

And so begins the different journey of the two, Lata and Maan embedding the various characters from the series into it.

The Chatterji, the Khans and Kapoors- the series is a blend of the Indians and looking back at the biases of those times, you might be surprised by the fact that we have hauled them with us in the 21st Century as well.

The acting skills of Ishaan come more polished than the prior ones, exhibiting deep enchantment with Saeeda, a humiliation with his father and a deep rage at times as well, all from his eyes and posture.

Nonetheless, the new-comer Tanya Maniktala has tried fitting in her role and has achieved the job fairly well although at times the intense messages behind her sentiments were not discerned thoroughly.

The heart-touching and strong friendship between Maan and Firoz- the son of the Nawab of Baitar, a friend of Maan Kapoor, is the silver lining for the darkest of the clouds.

The friendship has its own ups and downs and the web series has undoubtedly analysed the many facets of friendship, love and understanding. It is again interesting to see their non-verbal communication so refreshingly free, bound with honest gay undercurrents.

And afterwards, there’s Tabu, who plays the more established courtesan Saeeda Bai. Her relationship with Maan is the most captivating of the parcel.

Mira isn’t anxious about acting. A Suitable Boy is cloudy in the best feeling of the word. The scenes between Maan and his folks, who are sorrowful by his rebellious ways, are moving, as is Maan and Saeeda’s destined romantic tale. The slant on-screen lands. The characters and the decisions they made spun into our minds for quite a long time after.

Likewise, we discovered a delight in the sheer excellence of the visuals – creation plan by Stephanie Carroll, outfits by Arjun Bhasin – and the music by Alex Heffes and Anoushka Shankar.

Although several supporting actors have been ignored. Some of the best actors like — Vinay Pathak, Ranvir Shorey, Vijay Raaz — are called in for teeny portions. It was certainly startling to see Randeep Hooda for only two scenes in the entire series.

As the series unfurls, Lata meets another two suitable boys in their ways- the famous poet Amit Chatterji and the shoemaker Haresh Khanna.

At this point, the prior fascination of the web series on the historical, political and social issues reduces to it swivelling into a family drama where Lata is left perplexed on whom she should choose as her groom.

From the historical perspective, the series demonstrates the first general election of Independent India, briefly diving into the politics inside the assembly and the politicians.

The instability in the system with uncertainty among people is portrayed briefly in the series. Tragically, examples of history rehash themselves. The locations of nearby Raja blending barrier by building a sanctuary before a mosque or a pioneering fixer playing the religious card to win elections could be seen in present-day India as well.

In one of the scenes in the Legislative Assembly, the Home Minister is seen saying, “I told you before we are a Hindu Nation. Muslims have their own country now. And when the election comes, it is the Hindu majority we must carry with us.”

The series tried juggling with more plotlines than it was capable of handling in six hours. This led to a blend of all the scenes, several of them pacing too fast, incompetent in completely fixing the audience to its story.

Still, A suitable boy is undoubtedly worth giving a watch. The series is now streaming on Netflix for a limited period. Do watch it and let us know in the comments section below.

For more such content, check out our entertainment section.

This series is reviewed by two TSA writers, Faraz Ahmad and Anamta Husain.

Read: 10 Most Sexist Indian Ads That Made Us Cringe