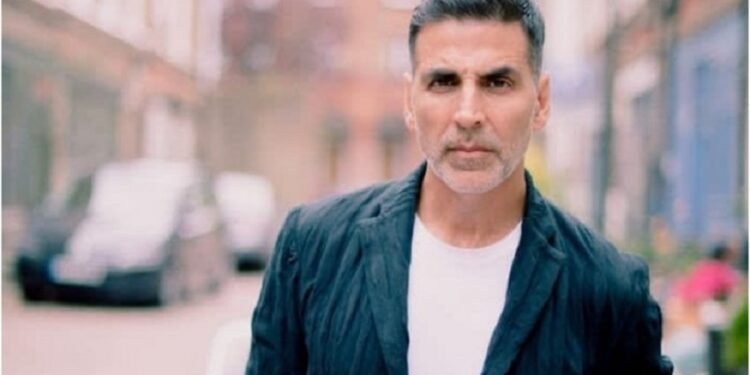 Did you read it or sing it? Whatever you did, you did it right. Rajiv Hari Om Bhatia, professionally known as Akshay Kumar, is one of the most hard-working actors in the Bollywood industry. When he started his journey in the industry, he didn’t even have 200 rupees in his pocket nor did he have any connections inside the industry but today, you see, he has a lot. The man of struggle hails from Chandni Chowk and went to Bangkok to learn martial arts with very little financial aid. To pay for his lessons and survive the days in another country, he worked as a waiter in a hotel and later, as a chef.

He also worked as an assistant for a photographer who did not pay him any salary. He wanted to build his portfolio and therefore, he agreed to work without pay. Akshay has worked as a peon in Kolkata and also did a salesman job in Dhaka. Back in the days, when he was teaching martial arts, one of his students suggested Akshay to start modeling and it was enough to ignite the idea in Akshay’s brain which led to no stooping and stopping. He auditioned for movies but was rejected, one such movie was ‘Jo Jeeta Woh Sikander’. Later, he made his debut with a minor role in the 1987 Mahesh Bhatt directed Indian film, Aaj. He made his breakthrough with the suspense thriller Khiladi(1992). Today, he has acted in more than 135 movies. Currently, the actor ranks at #6 on Forbes’ 2020 list of 10 Highest Paid Male Actors with his earnings estimated at $48.5 million – being the only Indian on the list.

Akshay is the live example of ‘Hard Work is the Key to Success’.

There are times in the life of Kumar when he feels low or goes through a lot of ups and downs but staying grounded brings him peace. In a conversation with Pinkvilla, Akshay revealed, “Every time I have gone through it, I just do one thing, I go down my building and see how many cars I have. Then, I look at my house, sometimes I go to my office and look at everything. Kyu ro rha hoo mai? (why am I crying?), fayda kya hai? (how is it beneficial?), God has been so kind so I don’t think, I have the right to feel even a little low because there are so many people who have nothing. If I start thinking like this, then I would be the most selfish person ever.”

He has done movies that break stereotypes or tackles taboos resulting in a positive change in society. Such as:

Akshay Kumar’s movie Toilet: Ek Prem Katha, was ‘inspired’ by the Prime Minister Narendra Modi led Swacch Bharat Abhiyaan aka Clean India campaign and also by a bride who had walked out of her in-laws’ house just because they did not have a toilet in their house. The movie brings to the front, the issue of open defecation as per the 2011 census data, only 46.9% of people in India have toilets at home and about 49.8% defecate in the open.

A movie that breaks the taboos about mensuration as the women in backward areas mostly use unhygienic rags and things during their menstruation. The film is based on the life of Arunachalam Muruganantham, a Tamil Nadu-based social activist who revolutionized the concept of menstrual hygiene in rural India by creating a low-cost sanitary napkin machine. Pad Man was envisioned to be an awareness film without focusing on the commercial aspects.

Not only he has motivated us through his movies but also from his humanitarian initiatives he did off-screen:

In one of his interviews, Kumar said, “I have always been a strong believer in women’s rights and ensuring all girls and women live an empowered life to reach their full potential. I have said in the past that a society that can’t respect its women can hardly be called human society.”

The list of his works is endless and will not fail to surprise you. Through his journey of life, Kumar has taught us that “life is not just the bed of roses, it has thorns too”. He has also taught that love and dedication towards work will never betray you as both of them will surely reap you the fruit.  Akshay never fails to amaze the audience with his amazing performances and through his struggles, we know now, how he remains so grateful and grounded.