Andrew Garfield, Happy Birthday! 9 Reasons Why You Are A Real-Life Superhero

Today is the 38th birthday of Andrew Garfield, the actor who rose to prominence with his performance in The Social Network and is now best known for his film character Peter Parker aka Spiderman. 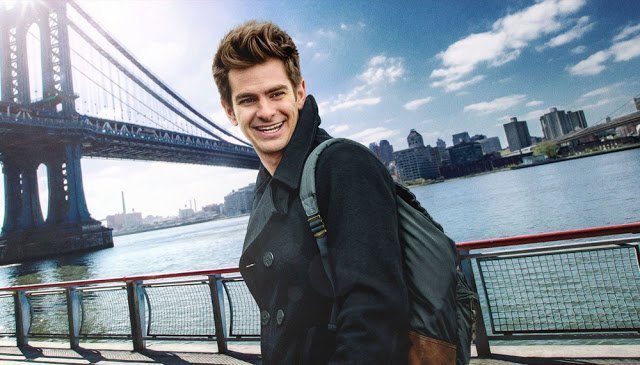 With a knack for giving buzzworthy interview quotes and making skillful sartorial choices for sidewalk strolls, Andrew Garfield has an undeniable likeability that extends far beyond his performances on stage (Death of a Salesman) and screen (The Social Network) performances.

Being the type of person that everyone wants around, pays off when it comes to doing huge things for the greater good, whether it’s for your work email chain or those in need.

This charming Brit turns 38 today–are your spidey senses tingling yet?–and to celebrate this occasion, here are 10 reasons why we think he’s a superhero in his real life.

1. He is dedicated to his acting roles.

Andrew was so enthusiastic to talk about Spider-Man at Comic-Con, the year his movies were released, that he dressed up for his panel.

That’s what I’m talking about when I say you should know your audience.

2. He travels by bus or train.

With the traffic and pollution in New York as horrible as it is, it’s good to see some thoughtful people doing something to help Mother Earth.

3. He understands the importance of encouraging youngsters to be physically active.

A masked hero thought to be AG stepped out onto a black-top basketball court to tutor some local youngsters while filming Spider-Man 2 in New York City.

4. He’s interested in breaking down conventional expectations and is open to creative interpretations of traditional stories.

I was joking, but not joking, about MJ… “What if MJ is a dude?” I wondered. Why can’t we figure out that Peter is exploring his sexuality? It isn’t even revolutionary! … So, why isn’t he able to be gay? Why is it that he isn’t interested in boys? –On the sexuality of Spider-Man (Entertainment Weekly – 2013)

Andrew took part in the 16th Annual EIF Revlon Run Walk For Women in New York this May (with his lovely pooch, Ren)

6. He contributes his moves to a worthy cause.

Andrew put his dancing talents and ability to identify musical trends to the test last fall on The Ellen DeGeneres Show, raising $10,000 for the Worldwide Orphans Foundation by shaking it to “Gangnam Style” and “Single Ladies (Put A Ring On It).”

7. He makes you feel comfortable enough to watch The Bachelor.

With Scorsese or Jamie Foxx, for example. Anyone could be the culprit! It may even be ridiculous individuals! Take, for example, Sean from The Bachelor: I’d be like, “Oh my God, it’s Sean Lowe!” if I met him. I get overwhelmed, but one thing I continue to learn — and relearn — is that we’re all the same. We’re all trying our hardest.

— When it comes to getting overwhelmed by meeting celebrities (Vulture – 2013)

8. He promotes new YouTube artists by using his interview opportunities.

Andrew takes a break from talking about himself during a press tour for the 2010s Never Let Me Go to highlight the “Bed Intruder Song” and the geniuses behind Auto-Tune the News.

Andy, we think the name you’re looking for is Antoine Dodson.

9. He doesn’t take his fame too seriously.

Andrew and Emma chose to focus attention away from themselves and toward those in need is perhaps the most memorable of their many heartwarming public appearances.

They set up placards with the names of many humanitarian organizations that fans can get engaged with while being followed by photographers, such as the World Wildlife Organization and Gilda’s Club.

Also Read: Noah vs Lee- the ‘it’ boyfriend vs the right outta novel best friend, from The Kissing Booth Trilogy