Are you even a grown-up if you cannot enjoy cartoons from your childhood with the same, if not more, excitement? Read on to know some real OG cartoons of GenY/Millennials.

by Mahvish
in Cartoons, Featured, Listicles
0 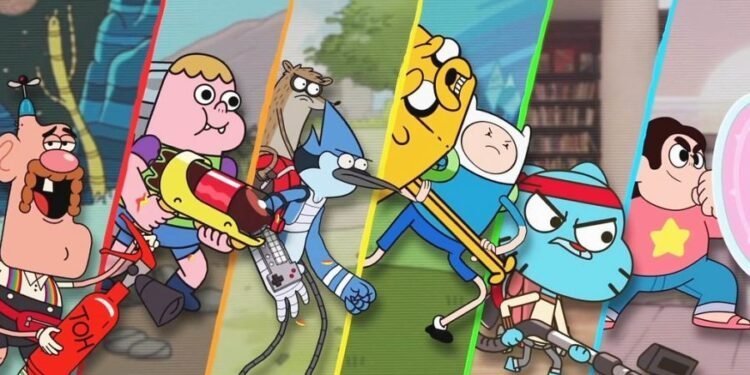 Cartoons. A word that instantly lights up any child’s face and leaves a nostalgic smile on a grown-up’s. Cartoons are animated series made to teach values to children through funny characters and caricatures.

Cartoons have often taken up very serious issues, and thus they are very impactful, especially because their major audience is a set of very moldable and printable brains.

We have all enjoyed our childhood more because we had such amazing cartoons to brighten up our day. And Sundays always called for more cartoon time.

What good days were they! Well, of course, we cannot go back, but here’s a trip down memory lane:

1. Alvin and the Chipmunks – what better than a simple story of three chipmunk brothers Alvin, Simon, and Theodore, driving their manager crazy? Nothing. Period.

2. Animaniacs – three inseparable siblings- the brothers Yakko and Wakko and their sister Dot and all the mayhem they caused in the lives of others was a delight to watch. Didn’t we all wish we could be as reckless as them?

3. Arthur- well, all of us didn’t grow in the age of a Sandeep Maheshwari giving life lessons or a Jeetu bhaiya motivating us, but we had the bespectacled Arthur. He teaches kids how to deal with childhood traumas and challenges like homework, teachers, punishment, and bullies.

4. Bobby’s World- what a fun series of an imaginative four-year-old kid who escapes into a world of his own. It sounds exactly like what we all do! Only if we were as good at imagining.

5. Captain Planet and the Planeteers- who can forget the original superhero ‘Captain Planet’ who works with his planeteers to save Earth from pollution caused by criminals and villains. Yes, this is the pre- Avengers era.

6. The Charlie Brown and Snoopy Show- what started as a cartoon strip in a newspaper turned into the adventure series of the Peanut Gang, which consists of Charlie Brown, Snoopy the dog, and others. Only if we ever had such a cool gang.

7. Courage the Cowardly Dog- the timid pink dog who is paranoid and afraid all the time but is still named ‘courage’ because he shows real courage, which is not the absence of fear but in the fact that one is afraid but not ready to lose. Talk about cartoons teaching some real values.

8. Dennis the Menace- initially a rebellious rascal from the comic Beano who is well-meaning but trouble-prone. Now we know where all the ‘bad guy with a good heart’ characters draw inspiration from.

9. Dexter’s Laboratory- a child genius who creates dazzling world-saving formulas and inventions in his secret laboratory. How we all imagined chemistry would be as fun as Dexter showed us, only to be proven wrong when we grew up.

10. Dragon Ball Z- the adventure of Goku and other Z warriors who defend the Earth against evil through teamwork, loyalty, and trustworthiness for each other. Adrenaline rush much? And didn’t we all secretly love Goku’s hairstyle?

11. DuckTales- Huey, Dewey, and Louie, nephews of Donal Duck, are very mischievous triplets who take on various adventures and unravel family secrets. What fun must it be to have siblings who engage in the same level of mischief?

12. Ed, Edd n Eddy- Like any boys trying to survive their adolescence, Ed, Edd, and Eddy are as clueless about girls as everything else. If anything, this was a training 101 for adolescents.

13. The Flintstones- the modern Stone Age family who always finds themselves in a series of misadventures. Well, rumor has it that serendipity runs in this family.

14. Garfield and Friends- Cat-astrophic comedy capers with the wise-cracking, nap-taking, and lasagne-loving cat Garfield. I’m pretty sure that Garfield is the spirit animal of most of us.

15. Johnny Bravo- With his big hair and tight black clothes, he’s known for his karate chops and is sure that all women want him. He is the OG ‘bad boy player with great looks and charms’.

16. Kim Possible- She looks like an average high-school cheerleader, but in her spare time, she saves the world from supervillains. Beauty with brains and action? I never thought of those three adjectives together.

17. Looney Tunes- the story of  Bugs Bunny, Daffy Duck, Tweety, Selvester, and of course Granny where they are all behind each other, and we sit there watching them chase around each other. What simpler times!

18. Pokémon- the adventures of Ash, Brock, and Misty as they go around fighting with their Pokemons and winning gym badges. Wow, that’s some real-world fighting and adventure trips they take up.

19. Tom and Jerry- who doesn’t know the cat Tom and the mouse Jerry who have sworn enemies and can not stop chasing and pulling pranks on each other. Well, we might or might not have tried a few of their gags on our siblings.

20. The Simpsons- Working-class father Homer Simpson and his dysfunctional family deal with comical situations and the ups and downs of life in the town of Springfield. There is always a Simpson episode we can all find that we relate too well with. And boy were they foresighted!