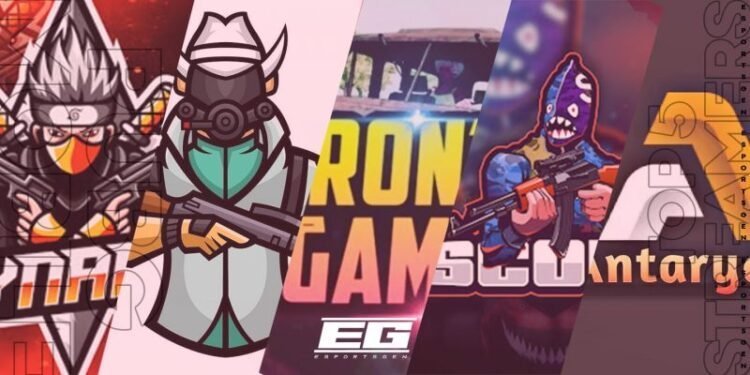 As ‘PUBG Mobile’ is all set to make a comeback in the Indian gaming industry, The Second Angle has brought to you the list of 10 best PUBG Mobile streamers in India to get back to.  The names chosen in the list are based on their video views, channel subscriptions, fan base, and PUBG competition records. Read on!

Naman Mathur is famously known as ‘Mortal’ or ‘Soul Mortal’ is definitely the first name that comes along with PUBG in India. Mortal has been into eSports and competitive gaming for a long but the launch of PUBG in India earned him fame. He along with his team ‘Soul’ won 2019 PMCO India (PUBG Mobile Club Open) and has represented India in various eSports competitions on continental and international platforms. Mortal also stream his gameplay on his YouTube channel with fun and humor intact during the stream. His stream is light-hearted and family-friendly without the use of foul languages. Mortal have crossed 100k views engagement on his live streams various times and once he crossed more than 300k live viewers on his stream which is more than any other PUBG-M streamer in India.

Scout a.k.a Tanmay Singh is a PUBG eSports player and streamer. Currently, he has more than 3.2 million people connected with his YouTube channel where he makes games-related videos and streams live gameplay regularly. He really mastered the PUBG gameplay and received a lot of support from gaming admirers. If you want to learn the dynamics of the game, he is one of the best players to look up to. However, his live streams are a little rough and non-family friendly due to his intense investment in the game. Scout is considered to be a very dedicated eSports player due to his sheer concentration during the gameplay.

Ajey Nagar, largely known as CarryMinati is a big name in the Indian YouTube community. He has a tremendous fan base among the youth with the content he creates having 26.7M subscribers on his channel which is the highest for any individual creator in India. On his other channel which is specific tor gaming live streams named ‘CarryIsLive’, he has more than 8 million subscribers where he streams various games along with PUBG more with the casual and fun quotient. He may not be the best player with skills but he is definitely the most entertaining player to watch. Carry’s live stream will give you giggles throughout the gameplay and that’s what makes him people’s favourite.

Dynamo Gaming who’s real name is Aditya Deepak Sawant, is the most popular PUBG Mobile streamer in India. Dynamo is not an eSports player but his skills are not to be taken lightly. Dynamo who is the owner of Hydra clan has a huge fanbase among the Indian gaming community with the signature ‘Headshot’ accuracy in the game. He has 8.86 million subscribers on his YouTube channel which is the most for an Indian gamer. Previously, Dynamo used to play the battle royale game on Emulator but due to some issues, he switched to playing on Mobile. Dynamo has been the face of PUBG Mobile in India for long now and PUBG Corporations have made him the face of the game once again for the promotions of their come back in India.

Parv Singh famously known as Regaltos is another notable PUBG Mobile player. He is a professional eSports player and streamer. He plays for Team Soul along with Mortal and considered to be one of the best assaulters of the game being lightning fast with his reaction time. He is among the most celebrated of Indian gamers among the community. He streams his gameplay on YouTube channel named ‘SOUL Regaltos’, where he has 1.75million subscribers.

8Bit Mamba a.k.a Salman Ahmad is a professional eSports player turned PUBG Mobile streamer. He streams daily on his YouTube channel and is one of the best and regular streamers in India. His gameplay is an absolute alliance of skills and fun. Mamba is as smooth with his in-game tactics as he is with punching humour throughout the stream. He used to play for Team Hydra earlier and currently is associated with the 8-bit clan. He has 866k subscribers on his YouTube channel and people definitely love to watch the combo of in-game skills and humour on his streams.

Rawknee a.k.a Rony Dasgupta is a contemporary of Carry Minati, as Rawknee is basically a YouTuber and content creator. He streams PUBG Mobile along with other games on his gaming channel called ‘The Rawknee Games’. His gameplay is extremely fun to watch with loads of laughs throughout. Rawknee plays his games with a casual and cool approach with gradual humourous punches which will make you giggle throughout the stream. He has 2.15 million subscribers on his gaming channel with a decent number of engagement on his streams.

Kronten a.k.a Chetan Chandgude is an eSports player and PUBG Mobile streamer from Maharashtra. He started playing on Emulator but later on shifted to mobile gameplay and quickly mastered it. He has his clan named GodL which is also an eSports organisation. Kronten plays with his eSports team most of the time and streams it on YouTube. He has more than 2million subscribers on his YouTube channel.

Yash Soni famously known as Viper is one of the best players of the PUBG Mobile game In India. He plays eSports professionally and streams gameplay on his YouTube channel. Viper has been an integral part of PMIS 2019 & PMCO 2019 Winner Team ‘Soul’ playing along with Mortal. He had been playing various games before discovering PUBG and since then he has been a remarkable name associated with the game in India. His YouTube channel ‘SOUL VipeR’ have 1.09million subscribers, where he streams his gameplay regularly.

8-bit Thug a.k.a Animesh Agrawal is one of the first who mastered the game of PUBG Mobile in India. He is a professional eSports player and streamer. He is the founder of the famous team 8-Bit and co-owns the S8UL organisation. He represented his team 8-Bit into the finals of PMSC (PUBG Mobile Star Challenge), which was the first major PUBG Mobile international tournament held in Dubai. Thug have been notable in the Indian gaming industry. He has more than 728k people connected with his YouTube channel where he streams gameplay. Thug often organises exciting giveaways during his streams.

The ban on PUBG Mobile in India has left the Gaming community in a bit of sorrow as PUBG Mobile was the most celebrated game in India ever. However, the news of the return of PUBG Mobile specially designed for Indian users are already announced, the Gaming Community is all set to get back to their favourite game like the good old days.

Also, read the TSA exclusive of 8bit Mamba’s interview here:  The Journey Of 8bit Mamba: From Zero To Hero

10 Best Work From Home Jobs To Earn Money This Pandemic

10 Best Work From Home Jobs To Earn Money This Pandemic