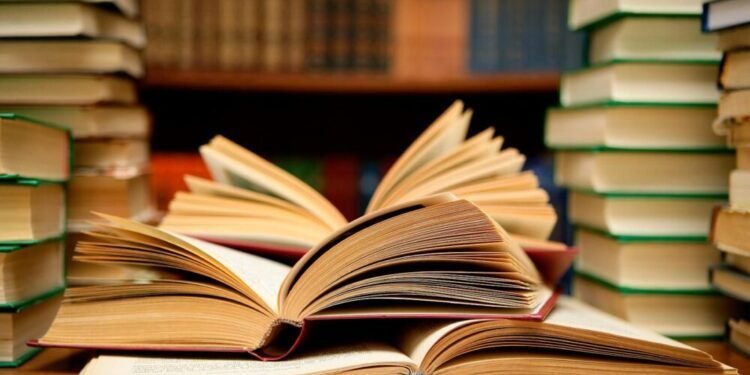 Books are the prime source of information since ancient times. Even after a whole new world of technologies, reading books calms the shore of mind and is a combo that comes with fun and information at the same time. Read on to know about the 10 best-selling books of all time!

Written by Miguel de Cervantes, ‘Don Quixote’ was first published in 1612 and since then the book has been sold 500 million times worldwide.

The plot revolves around the adventures of a noble (hidalgo) from La Mancha named Alonso Quixano, who reads numbers of chivalric romances that gets over his head and he decides to become a knight-errant (caballero andante) to revive chivalry and serve his nation, under the name Don Quixote de la Mancha. Originally it was seen as a parody of chivalric romance.

A very famous book by a celebrated Author Charles Dickens, the book has reportedly sold more than 200 million copies around the globe.

The novel is set in London and Paris before the French Revolution which tells the story of the plight of the French peasantry demoralized by the French aristocracy in the years leading up to the revolution. The corresponding brutality showed by the revolutionaries towards the former aristocrats in the early years of the revolution, and many unflattering social parallels with life in London during the same time period. The characters flourish around these events to conclude their part in the tale.

An epic-fantasy written by J.R.R. Tolkien has been one of the most embraced books among the readers for long now. The novel has been sold about 150 million copies worldwide.

This is the story of a quest undertaken by Frodo and the Fellowship of the Ring: Gandalf the Wizard; the hobbits Merry, Pippin, and Sam, Gimli the Dwarf, Legolas the Elf, Boromir of Gondor and a tall, mysterious stranger called Strider. The opening lines read “One Ring to rule them all, One Ring to find them, One Ring to bring them all and in the darkness bind them.” The book has been adapted into a blockbuster movie series being extensively successful on the screens also. ‘The Hobbit’ featured further in the list is a prequel of this epic-fantasy.

The book is universally appreciated and is said to be a piece that can be read by people of all age groups. Written by Antoine de Saint-Exupery has been widely read with 142 million copies sold in more than 300-languages around the globe.

The Little Prince represents the free minds of children and their constant urge to ask questions, engage the invisible, and seek the mysteries of the universe. The novel was also adapted into a critically acclaimed Netflix film.

The first from the seven books of the Harry Potter series, this magical world was created by J.K. Rowling who has been a well-known name since the first publication of the Harry Potter series. From a child to an adult, this book has everyone’s heart at the first read-only. The book has already been sold 120 million times throughout multiple countries translated into 80 languages. It has been adapted to a series of 8 movies which have earned 7.7 billion, winning the hearts of people across the world.

Philosopher’s stone introduces us to the beloved Harry Potter, his friends Ron and Hermione, Professor Dumbledore, the wizarding School, and Lord Voldemort.

First published in 1939 by Agatha Christie, has been known as one of the best thriller novels ever written. The book has 100 million copies sold already worldwide. Due to its breathtaking suspense and thrills, the book was later adapted into a successful film and a famous HBO show.

The story has Ten strangers, each from a different background receive an invitation from a Mr. or Mrs. U.N. Owen, or a Mrs. Constance Culming ton, to come to the island for a weekend. However, soon they realize that they are all alone standing face to face with death.

Originally written in Chinese script by Cao Xueqin, was first published in 1791, almost 30 years after the death of the Author. However, the first English translation of the book got published in 1929. The novel also is known as ‘The Story of Stones’ or Hongloumeng (in traditional Chinese) is one of China’s Four Great Classical Novels. Reportedly, copies of the book have been sold more than 100 million times.

Red Chamber is believed to be semi-autobiographical, mirroring the rise and decline of the Author Cao Xueqin’s own family and, by extension, of the Qing dynasty. As the author details in the first chapter, it is intended to be a memorial to the women he knew in his youth: friends, relatives, and servants.

Another masterpiece was written by J.R.R. Tolkien which is also the prequel of ‘The Lord of Rings’, the book sold 100 million copies around the world. ‘The Hobbit‘ is the first book in the series of the three. It had been adapted into a film with the same name portraying the pre-timings of ‘The Lord of Rings’.

The plot is around a hobbit named Bilbo Baggins who enjoys a comfortable, non-ambitious life, rarely traveling any farther than his pantry or cellar. But his life is disturbed when the wizard Gandalf and a company of dwarves arrive on his doorstep one day to whisk him away on an adventure which includes raids, war with the evil forces, giants, and dragons.

Written by H. Rider Haggard, the book was first published in 1887 and has sold near about 100 million copies worldwide.

The story is about a Victorian Professor and his adopted son who travels to Africa for a quest for a lost civilization. On finding the lost civilization, they realize that it is ruled by an immortal woman of extraordinary beauty, power, and cruelty.

A very famous book which is the first part of a 7-books’ series written by C.S. Lewis, after being published first in 1950, the book has sold more than 85 million copies all over the world. The novel series has already been adapted into a movie series titled ‘The Chronicles of Narnia’.

The story is set in the time of World War 2 when four siblings Peter, Suzan, Edmund, and Lucy are evacuated from a London suburb to Professor Digory Kirke’s country home, where they come across the magical wardrobe and the hidden world of Narnia.

8 Classic English Translations From Across The Globe