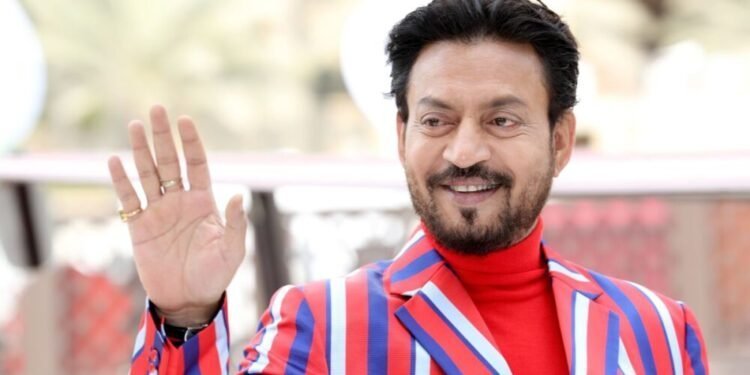 January 7, 1967, was just another normal day when a boy was born to a humble family in Rajasthan. His parents named him Sahabzade Irfan Ali Khan.

Little did they know that this boy would grow up to be one of the finest artists of the era. Defining perfection in his smallest of roles, the legendary Irrfan Khan not only inspired actors but also touched the hearts of his millions of fans. What he meant to the industry and to the artist community was clear enough when the world seemed to have stopped hearing his demise. The man who served as a bridge between the Asian industry and Hollywood had left for his heavenly abode and indeed the world mourned in silence.

The void left behind will never be filled. There was only one of his kind and on the late legend’s birthday, here is a heartfelt letter from a fan.

I fall short of words as I try to sum up what you meant to your millions of fans of which I am a little part. I don’t think my words will ever serve any justice to the 30 golden years you gave to Cinema, but I’ll try to recapitulate the impact you had on me and those like me.

For a lot of people you are Maqbool (from Maqbool), for more you are Ashoke (from The Namesake), for some you are Saajan Fernandez (from The Lunch Box), for some you are Pi (from The Life of Pi), for a lot of others you are Wali Khan (from D-Day), for the rest you are Shaukat (from Karwaan) but for me, you are Billu Vilas Pardesi, a simple man. ‘Billu Barber’ is probably the first memory I have of you. And that is going to be the only way I’ll remember you. A simple man who could say simple things.

You never over intellectualised the art of Cinema. For you, Cinema was your love and you let it be just that. A simple emotion. Never in my life, I have felt closer to a character than I did when I saw you perform.

I grew up to watch more of you and with every other story, you made me believe that there is so much to learn. You always made it look like you’re still learning, still improving and that there is still so much of you left for us to watch. Nothing ever felt like a movie, it was always a story. And you Sir, were one of the greatest storytellers.

You had your fair share of battles in the world and you fought till the end. It never mattered what field you were on, you carried yourself around so gracefully. Some battles you won, some you lost. But what surprises the world the most is the scars you beautifully carried around.

Now that you rest among the stars and shine so brightly, here’s wishing Cinema a steady recovery from the loss. What you left behind as pieces of yourself is a legacy the world is going to have a tough time to carry forward.

I now go back to listening to ‘Chota Sa Fasana’ and introspect on the line you said ever so simply, ‘I Suppose, In The End, The Whole Life Becomes An Act Of Letting Go’.

May your soul rest in peace.

With immense love and respect,