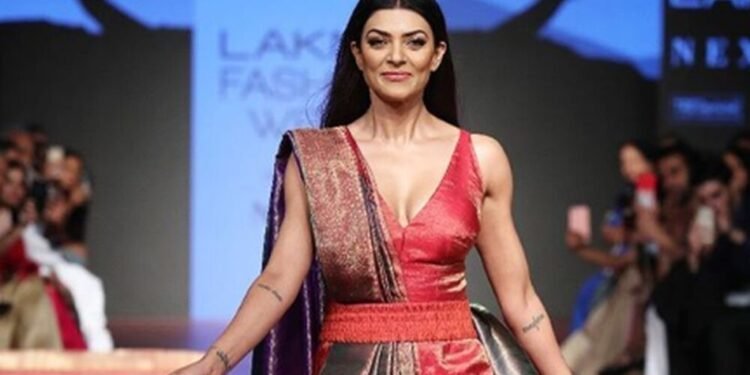 Back in 1994, Sushmita Sen, a small town girl glorified India with the Miss Universe title. She became the first Indian woman to be honoured with the crown. Sushmita had been an inspirational character, especially for women, whether it was winning the crown, being a single mother or playing strong female characters in her movies. The actor turns 45 today, precisely.

Here are a few lesser-known facts about Sushmita Sen that you do not want to skip, read along;

Sushmita Sen had her first daughter Renee adopted when she was just 24 years old. In 2009, her second daughter Alisah came into her life. Disclosing young girl Renee about her adoption was handled by her so swiftly. She reported that Renee was told about the adoption through the game of Opposites. “We started playing opposites like tall-short, etc and then I said adopted and biological,” Sushmita said, adding that she told Renee that “biological is boring.” She said: “I told her, ‘Biological is boring… everybody is born from somebody’s stomach. Why would you want that? You’re special because you’re born from the heart’.”

Sushmita Sen said that when she asked herself if she’d regret not doing films or if she’d regret choosing to do films instead of spending time with Alisah, her answer was clear. “It was a no brainer for me… I did not sponsor a child, I became a mother,” she said. “With Renee, my role was more like a provider but with Alisah I wanted to do it differently.”

“In the natural birth, the mother and the child connect through the umbilical cord but in adoption, the mother and the child are connected by this higher power, a connection that you cannot cut off. I have had the privilege of experiencing it twice. To become a mother who has given birth from the heart. I have not missed a day of feeling the joy of motherhood,” she added.

That 1 following is none other than her most beloved Rohman Shawl. She said It’s pretty simple – “The reason I don’t follow anybody on Instagram is that that’s not what I got on it for. I got on and stayed true to it that I will tell you my life with as much honesty as I have lived.”

Limiting herself to a Beauty pageant is not Miss Sen. She is beauty with brain. In her past time, she fabricates words. “Poems are rhymes of the heart that express one emotion as they are written, but transform into countless different feelings when read by others.” She also enjoys writing prose.

A Philanthropist by nature, she and runs her charitable foundation called ‘I AM Foundation’. The mission and vision of the foundation are pretty clear. “We seek to strengthen the Nation and inspire greater giving by investing charitable assets for today and tomorrow. Connecting donors with effective organizations, ideas and people. Leading and collaborating on important public issues.”

So, these were the few interesting things about our favourite actress Sushmita Sen. If you know something more about her please do enlighten us in the comment section.

For more such articles check our Buzz Section