Which film, in your opinion, best captured the soul of a city? While you're thinking of the answer to this question, quickly give a read to this article which might give you your response to our question. 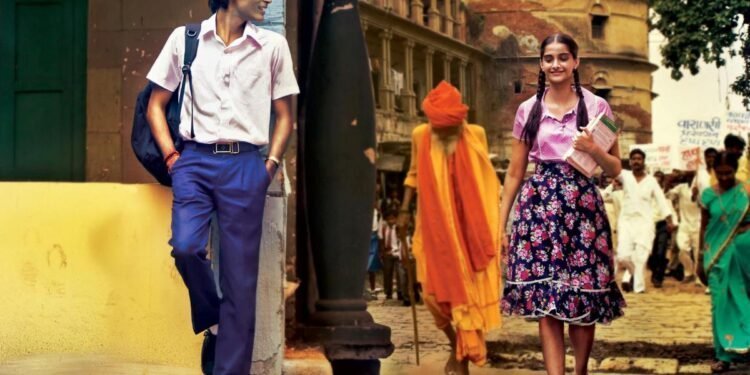 Bollywood films have always been the ideal means for us to escape from our boring everyday lives! We are curiously liberated and transported into a world of elegance, fantasy, and enjoyment during our three hours in the air-conditioned confines of a theatre.

How many times in a month do we feel like packing our bags and heading off to new destinations that transport us to a world of leisure, relaxation, and new experiences, away from the hectic, boring work life? And how many times do we actually do that?  Let’s be honest; it’s not possible for us to do that every time we feel like doing it.

But there’s something we can do, and it’ll be almost equal to packing bags and enjoying some new destinations. It is none other than watching Bollywood movies, which do more than merely entertain!

How many times have you watched a film without being charmed by the fascinating locales and picture-perfect surroundings in which it was shot?

We fall in love with gorgeous settings and destinations that we dream of seeing at least once in our lives, not the tale, not the actors, or the entertainment on-screen.

Here is a list of Bollywood films that will undoubtedly inspire and motivate you to travel, explore, and celebrate life in the cities where they were filmed:

This Chetan Bhagat adaptation spans 12 years of an ambitious trio’s goals and friendship. Gujrat, a politically volatile and disaster-prone state, is possibly the story’s biggest villain.

Despite the lingering horror, Kai Po Che‘s Ahemdabad will make you want to jump from a cliff into the sea, or at the very least, fly a kite from your rooftop.

Is a vacation to Delhi complete without imagining yourself dancing to Masakali in the metro?

Despite the chaos that ran throughout the film, Delhi managed to charm with its narrow–winding lanes suited for excursions, rooftops with pigeons all day, street vendors selling garam jalebis, and rowdy people.

Poets have the ability to make even the most unappealing places look inviting. But Udaan did something even greater with Arjun and Rohit’s Jamshedpur.

It demonstrated that hope and love could be found even in the most desolate of places. If you could simply summon the courage to break out, the hell you’re locked in may be the start of a fantastic journey.

Kahaani, set against the backdrop of Durga Puja, depicts Kolkata in all of its wretched disarrays. You may always take a plunge at Parineeta if the dirty, packed lanes feel a little too confining.

With its Havelis gushing Elvis Presley and trams and taxis from 1962, a Calcutta that isn’t that different awaits.

This Bollywood rendition of Hamlet is as cold as the winter in Srinagar.

The political instability and bloodshed in the environment of occupation are significant aspects of Haider’s unraveling, which takes place during the 1995 Kashmir uprising.

Gangs of Wasseypur is a film that tackles the politics and revenge that come with division via the story of two families from two redistricted villages.

Wasseypur is a place where violence is incorporated into its landscapes and shows, with its coal mines and streets lit with gunfire.

We knew Wake Up Sid was going to be a love story long before Sid and Aisha did since it was about two people attempting to find their place in a busy, beautiful city.

We weren’t expecting to fall in love with Mumbai so quickly. If the showers and seaside of Sid fail to impress your city-loving friend, Life In A Metro’s buzz and skylines will.

The setting for the conflicting love stories destined for heartache could not have been more perfect.

Ranjhaana showed us the bright festival nights and vivid Holi celebrations, both true to Varanasi, whereas Hile Masaan stayed close to the desolate riverbanks and cremation houses. What other city could host such a contrast of life and death?

This film, about three cousins reunited in a magical city, made us all want to go on the next bus to Bangalore.

Also Read: Different Shades Of Delhi That Bollywood Presented To Us