by Anamta Husain
in Buzz, Literature
0 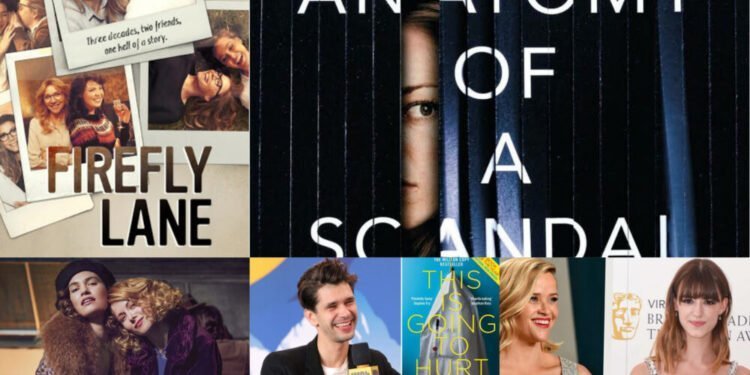 Bringing book to screen is no doubt a tough work, but readers can unanimously agree on the fact that seeing what they have read on screen is undoubtedly a treat sometimes.

TSA brings you the list of books adapted to TV shows in 2021 and it is a box of surprises for all the readers out there!

The reel and real-life Cinderella Lily James features in the series produced by BBC one, Pursuit of Love adapted from a classical book of the same name written by Nancy Mitford.

Published in 1945, the story is set between the world wars following two friends Linda and Fanny who ventures on a trip to Europe.

2) Anatomy of a scandal-

Based on the novel “Anatomy of a Scandal” by Sarah Vaughan which became a bestseller, David E Kelley, creator of the series Big Little Lies, took the task of adapting the book into Netflix drama series.

It stars Sienna Miller, Rupert Friend, and Michelle Dockery. The theme of the story is sexual assault and the trauma of the survivors that accompanies with it.

It follows the story of a wedded Westminister politician accused of raping his aide with the wife of the accused being fully certain of his innocence and the prosecutor convinced of the opposite.

Kristin Hannah, the author of the bestselling novel The Nightingale, wrote Firefly Lane in 2008. The novel is adapted into Netflix series and is all set to release in 2021.
The slow and beautiful series follows the childhood friendship of two women and 30 years beyond as they experience highs and lows, betrayal, love, jealousy on their roller coaster journey.
Katherine Heigl and Scrubs star Sarah Chalke play Tully and Kate.

According to The Hollywood Reporter, Reese Witherspoon and Lauren Neustadter are creating Where the Crawdads Sing for Sony Pictures through their firm Hello Sunshine.

4) Where the Crawdads Singh-

Set in North Carolina, the series is an adaptation of the book of the same name by Delia Owens.
The tale is of a girl Kya growing up in a shack in the marshlands of North Carolina.

Initially an outsider, she overcomes all the struggles and difficulties and manages to forge a life for herself.

The best selling memoir “This is going to hurt” follows the story of a junior doctor Adam Kay and hireal-lifefe experiences on the NHS Frontline.

The eight episodes long BBC drama series is based on the same book.
Creator and writer Adam Kay said: “Junior doctors tend to have a rather quiet voice compared to the politicians, which is understandable – you don’t have much spare time if you’re working 100 hour weeks. ”

“It’s been a huge privilege to have my diaries reach so many readers and it’s been absolutely humbling to see their reaction.

I’m beyond delighted to now be able to share my story with a far wider audience and make the viewers of BBC Two laugh, cry and vomit.”