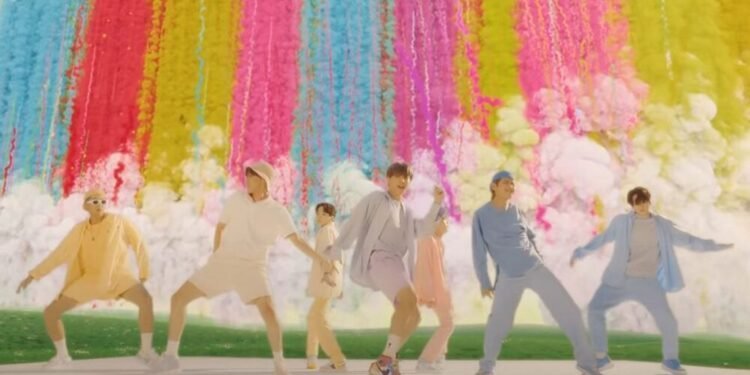 The South Korean band, K-POP stars BTS’s “Dynamite” has come out with a record of over 100 million views in just 24 hours of its release. The BTS new track was dropped on Youtube by its official channel ‘Big Hit Labels’ on last Friday and since then its views started to soar in millions in a matter of few hours. By the end of the first day, “Dynamite” has already fetched 101.1 million views, becoming the most-viewed music video on Youtube.

The song “Dynamite” has reportedly smashed the previous record of another K-pop band ‘Blackpink’ song “How You Like That” holding 86.3 million views in 24 hours, which was released earlier this June.

As of Tuesday early morning, the track has managed to amass as many as 191 million views and there is no stopping now for the video to go past 200 million views in the next few hours. The video is also trending 9th in India right now, which marks the best surging views for a Korean video from the country.

“Dynamite” is a first of its kind in the terms of first single track sung throughout in English despite being produced by a Korean band. The song stretches to around four minutes in which we get to see the bright and colourful side of the life amid this pandemic, of course with retro concept flashing there. According to a press, the song is aimed at bolstering the strength of the people globally. To spread its wings in the global community at this hour of suffering, the song has been sung completely in English.

BTS is no new to this trend of Youtube’s record chartbusters. Before “Dynamite”, it had four of its videos listed in the top 10 all-time 24-hours highest views.

BTS, a group of seven members, is all beefed up to sing “Dynamite” at a premiere performance of the 2020 MTV Video Music Awards scheduled for August 30.