by Puneet Chopra
in Buzz
0 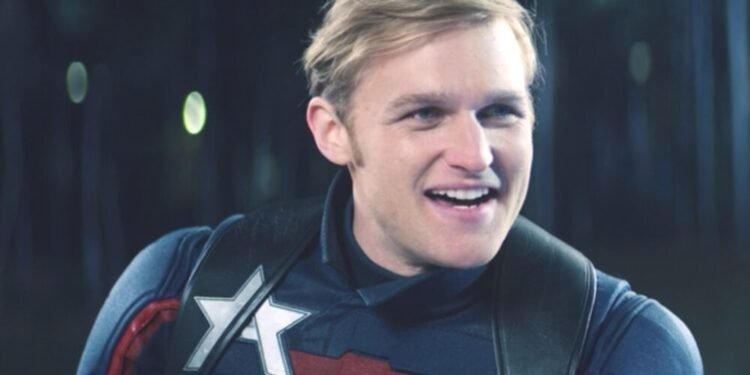 Actor Wyatt Russell, has opened up about whether his version of Captain America in The Falcon and the Winter Soldier has a future in the Marvel Cinematic Universe.

Russell is that the actor who play role of John Walker a soldier in The Falcon and the Winter Soldier, who has been made the new Cap by the US government.

While speaking to ET, he said, “I don’t know. That’s something that Marvel — you’re not involved at all. That’s just something that, later on, becomes apparent or it doesn’t. And it has a lot to do with what fans think, I think, and how they feel about you, where they want to see things go, and that’s so far out of my control that I just try to do a good job and hopefully this one is good it’s good enough for them to make more. But it’s above my paygrade.”

The MCU fandom has divided into factions over Wyatt Russell’s John Walker becoming Captain America in The Falcon and the Winter Soldier, with most fans saying show’s Captain America is not suitable to have mantle that Steve Rogers once held.

Steve Rogers, Bestowed his vibranium shield to Sam Wilson or Falcon,before his retirement as a superhero in the Avengers Endgame.But latter,Sam Wilson decided  to donate the shield to Smithsonian museum. As he struggledto come to terms with the realisation that the shield is nothing without the man behind it, So The government, however, had other plans and gave it to Walker.

Walker is called US Agent righteous like Steve in the comics, but has a black-and-white view of the world and is actually chauvinist. Unlike Steve, he does not have love for humanity in general, but only America.

The Falcon and the Winter Soldier streams on Disney+ Hotstar Premium.

Top 10 most expensive movies ever

Book Review: “We” by Yevgeny Zamyatin

Book Review: "We" by Yevgeny Zamyatin