Chetan Bhagat Opens Up About Bollywood Bullies And Credits Sushant For Career: Interview With Times Now 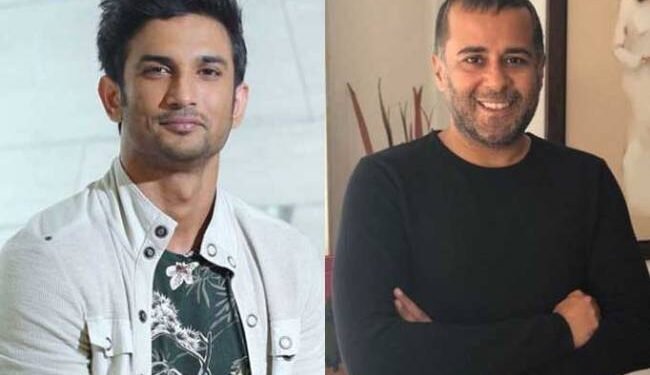 Author and screenplay writer Chetan Bhagat in an exclusive interview with Navika Kumar on Times Now has lately made a very shocking confession about him being all praise for late actor Sushant Singh Rajput as he had helped him resurrect his drowning career in Bollywood with ‘Kai Po Che’. He also said in an interview with Times Now that there are several revelations on Bollywood bullies which he will bring forth.

In the same context, Chetan also said that the cheap politics in the Bollywood was never understood by the late actor as he used to share his thoughts over that. He was in grief while talking about the fact that Sushant was going to do a film based on ‘Revolution 2020’, which is however impossible now. Moreover, the actor was also the first choice for ‘Half-Girlfriend’ but he had issues with his dates as he was committed to completing ‘Raabta’ first.

According to the author, many people pretend to be working hard than others and think that is enough. But in reality, they are not. Adding further in the talk, he said that he also had to cry-foul the bullies from the industry, hinting at the incident of ‘3 Idiots’, which is a de-facto copy of the book ‘5 point someone’ but makers didn’t acknowledge it. In fact, the movie received many awards for the best story but he was still not credited a bit. The writer’s contribution to the movie was spoiled in this way.

More into the revelations, Chetan mentioned that when 3 Idiots controversy was spilt over in media, he was just the age of Sushant that time and he fought those powerful in all possible ways that were under his reach. But everyone cannot take this unfortunate thing in the same manner. Sushant was facing similar things in the industry only because he happened to be an outsider and things might have hit harder as he was little sensitive. Chetan also named and shamed the famous film critic Rajeev Masand for running an agenda against the actor through articles.