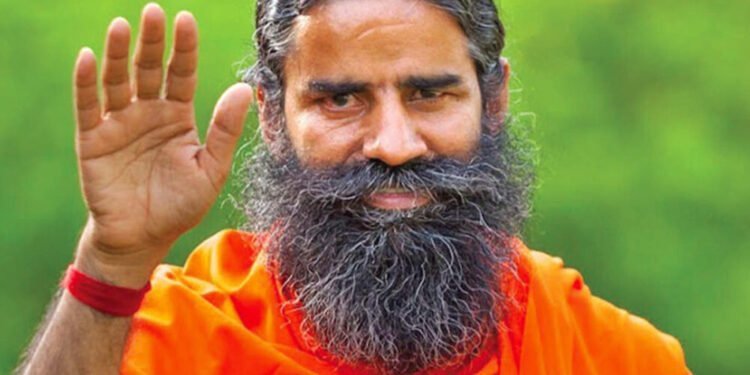 5- Ruchi Soya and the loan related to it.

In 2019, Patanjali tied up a loan worth Rs 3,200 crore from the SBI led a consortium of lenders to fund its assets of Ruchi Soya through the insolvency process. NCLT approved the resolution plan of Patanjali Ayurved to acquire debt-laden Ruchi Soya.

4- “Kapalbhati”: A friend or a foe for immunity.

A decade back, when Baba Ramdev was flooding through Indian television for his kapalbhati, a form of yoga introduced by himself. Ramdev was being criticized by Indian yoga teachers for his “lack of mental toughness” because of which he was forced to break up his fast after eight days. Before the end of this criticism, India’s renowned yoga guru, BKS Iyengar, when speaking to a group of Chinese yoga enthusiasts lashed out at those who “sell programs like kapalbhati“.

Iynegar, a teacher who had been teaching yoga for the past 75 years on the world stage, said ‘kapalbhati‘ is wrong and is a “short-cut” best avoided. He didn’t mention Ramdev, but it was quite obvious as he mentioned the word ‘kapalbhati’.

3- Is Homosexuality is a disease?

2013 was the year, when the Supreme Court declared consensual sex between adults of the same gender as an offense, yoga guru Baba Ramdev said homosexuality is bad addiction and yoga can cure it. When talking to the media, Ramdev told, ” Homosexuality is not genetic. If our parents were homosexuals, then we would not have been born. So it’s unnatural”.

Calling homosexuality a disease, he said “The Supreme Court has respected the sentiments of the various religious communities of India. Today they are talking of homosexuality, tomorrow they will talk of having sex with animals,”

He further asked the gay community to come to his yoga ashram, saying “I guarantee to cure them of homosexuality”.

The death of Rajiv Dixit, an Indian social activist and national secretary of the Bharat Swabhiman Andolan is still a mystery. One of the main reasons behind his death being a mystery was the post mortem/autopsy not being carried out.

Rajiv Dixit was an adviser and architect of Ramdev’s socio-political career.

On 30 November 2010, Dixit died on this forty-third birthday in Bemetara, Chattisgarh where he was delivering a lecture. He collapsed in the bathroom of an Arya Samaj guest house in the same town. He died due to cardiac arrest.

After Dixit’s death, seemingly heartsick Ramdev had spoken to Rajiv’s family and requested them to allow Ramdev to perform the last rites on the banks of Ganga. The body was supposed to be taken back to Wardha where it would otherwise have been flown to.

Madan Dubey, a long-time associate of Rajeev Dixit Dubey sat closest to Ramdev – he had been appointed the speaker for his party. ‘I gave him the petition, signed by fifty people, asking for a postmortem,’ says Dubey. According to Dubey, this is how that meeting unfolded:

Ramdev asked, ‘So what do you want?’

Dubey replied, ‘All of us are trustees of the Azadi Bachao Andolan and we want a postmortem.’

‘What is the need for it? This is a natural death.’

‘We have our doubts. So, let’s get a postmortem done. It’s very simple.’

‘But I spoke to the doctors myself. I have reports from the doctors that he had a heart attack and all that.’

‘We don’t trust it. We want a postmortem’

Ramdev developed anger and kept refusing the autopsy until the point he took shade by saying that “it’s against Hindu Dharma”. Dubey denied this and said, “Dixit had no dharma. He was not a religious guy, his religion was to serve for the nation”.

This argument continued for an hour, says Dubey.

Finally, Ramdev suggested going to the hall where Dixit’s body lay, and ask the people there.

Before Dubey and company could get there, a visibly angry Ramdev stormed into the hall and took the microphone, and asked the people present there to either they should let the postmortem being done or not. In reply to this one man stood from the crowd and asked Ramdev to let the postmortem happen. Ramdev turning to his men, commanded, ‘ Get the body ready for its final journey.

Ramdev reached ghat with the body two hours earlier and the body was cremated before the arrival of Dubey and his company.

From that time Ramdev had been a primary suspect for everyone.

In 2020 when the whole world, especially India was fighting against an invisible enemy, the novel Coronavirus, everyone was so desperate for its cure.

On 23rd June 2020, a criminal complaint was filed in a court located in the Bihar state of India against Yoga Guru Baba Ramdev and Acharya Balkrishna, managing director, Patanjali Ayurved. They were alleged to mislead and putting many lives at a risk by claiming to have the cure for the disease (Covid-19) caused by the novel Coronavirus, with their new Ayurvedic medicine ‘Coronil’.

Ramdev claimed that his product had shown 100% favorable results.

In early May 2021, instead of complaining about oxygen shortage and he blamed patients for not breathing properly. His video in which he can be seen blaming patients for not using their nose properly to breathe went viral.

In response to such claims, IMA national vice-president Dr. Navjot Singh Dahiya filed a police complaint about creating the wrong perception and using defamatory and insulting language towards the doctors.

This was not all for him as in late May 2021, he attracted controversy once again when his video went viral in which he can be seen claiming that modern medical science and allopathy is a stupid science and lakhs of patients died due to it. Many doctors took to Twitter to express their anger. Some even demanded his arrest.

The IMA demanded the prosecution of Ramdev under the Epidemic Diseases Act, 1897 as “untutored” statements are ” a threat to the literate society of the country as well as to the poor people falling prey to him”.

Dr. Harsh Vardhan, the Union Health Minister had asked Ramdev to retract his objectionable statements against allopathy after the IMA demanded action. Ramdev obeyed Health Minister’s request and apologized by writing a letter.

A day later, he posted 25 questions to be asked to IMA in an open letter on his Twitter handle. Questions were related to the cure by allopathy for ailments like hypertension and type-1 & type-2 diabetes.

Your Adulthood is Killing You

Your Adulthood is Killing You