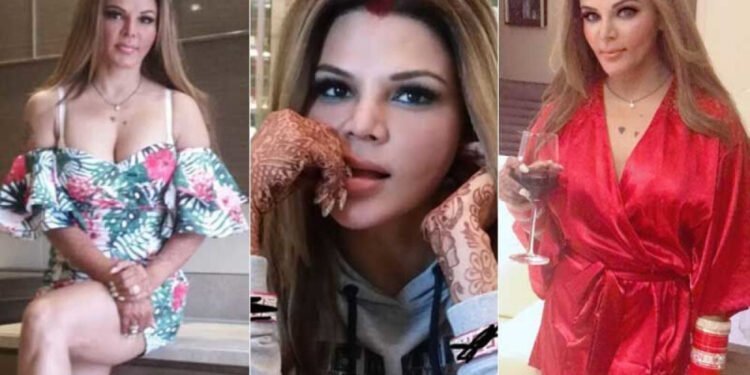 Love her or hate her, but you can never ignore her. Rakhi Sawant, is often seen as someone who is able to grab headlines and become a topic of debate from time to time, but her journey as we know is the tip of the iceberg.

Before landing in the world of films, she changed her name from Neeru Bheda to very iconic Rakhi Sawant.

She belongs from a very poor background. The family wasn’t able to support daily essential needs, as her mother was a janitor at a hospital and her father was a police constable. Due to the struggles, she often picked up small jobs to help out her family.

She also claims that she comes from a very conservative and orthodox background. Young Rakhi was not allowed to practice dance, she faced backlashes from her own family after they realized her inclination towards dancing. Her uncle once cut her hair so that she doesn’t perform in Dandiy function. She was often beaten up. Then, later on, she decided to run away.

Rakhi Sawant, reportedly to be of 10 years of age, served food for just Rs 50 at Ambani’s wedding.

Like most strugglers, she was also rejected several times, but that didn’t stop her from achieving her dreams. She would try convincing the directors of her talents and that is how she managed to get a lot of small roles and many item songs. She has been seen in Telugu, Marathi, Tamil, and Kannada movies as well.

From participating in shows like Nach Baliye with her then-boyfriend to being kissed by singer Mika Singh, Rakhi has remained in news for her personal life too.

She has also featured in shows like Rakhi Ka Swayamvar and Bigg Boss 14, where she got engaged to Elesh Parujanwala from Canada. However, the two soon got separated. After separation, she said in one of her interviews that she had gotten engaged to him for money.

Recently, she announced that she married to a UK based businessman Ritesh who is 36 years of age and also who has worked for Donald Trump. However, she has never been spotted with him nor has she ever shared a photo of him on social media. People claim that this is all a mere publicity stunt and that her husband doesn’t exist.

In 2014, she publically announced that she wishes to contest the 2014 Lok Sabha elections from Mumbai North-West as an independent candidate, and then, later on, she founded the Rashtriya Aam Party. After getting just 15 votes in total, she lost the seat. In 2014, she resigned from RAP and joined RPI (Republican Party of India). She is the party’s state vice-president and president of the woman wing.

Rakhi Sawant may be a source of jokes for others, but her journey is indeed filled with struggles and inspiration.

2. 12 Bollywood Actors Who Didn’t Take A Penny For Their Roles In These Movies

Will we ever have a theory of everything or it’s going to be more bizarre?