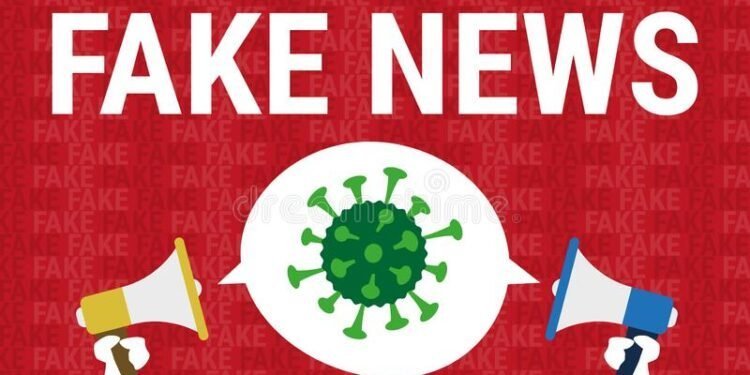 As the Coronavirus crisis has taken the centre stage in India, the months before the pandemic was already chaotic enough. Be it the protests that broke out in December 2019 against a new citizenship law proposed by Prime Minister Narendra Modi’s government, which was considered discriminatory by many, or the communal riot that occurred in Delhi in February allegedly after leaders and supporters of a Bharatiya Janata Party (BJP) brutally attacked peaceful protesters who were against the Citizenship Amendment Act (CAA).

In the setting of the pandemic, a video was released in April where an innocent fruit seller was accused to spread COVID-19, by licking his finger while handling fruits on his cart.
Sheru a resident of Madhya Pradesh’s Raisen district, was arrested on Friday, 3 April, and was booked under different sections of the law, based on a fake video.
Though Sheru’s unhygienic behaviour was highly condemnable, although, the incident was purposely linked to the narrative of a wilful attempt by Muslims to spread the disease. The video was posted by Desi Mojito on Twitter with the message, “This is next level. Be safe and careful people”.

This is next level. Be safe and careful people pic.twitter.com/OJhONjvUR3

Later on, it was disclosed that the video was as old as the 16th of February. It may be noted that the first verified coronavirus case in India was reported on January 30, 2020, but the government had declared the outbreak as a notified disaster only on March 14. The first coronavirus positive case in Madhya Pradesh was reported on March 20.

Another video was circulated In April, over social media, where a group of Muslim men were licking utensils and cutlery.

The connotation that was shared along with the video claimed, “14 Chinese Muslims hidden at Bihari mosque has been taken to coronavirus test by Bihari police. Erode police have caught Thailand Muslim mullahs infected with the coronavirus. Today Salem Police has caught 11 Indonesian Muslim mullahs at Salem mosque. This video shows that they are applying and putting saliva on spoons, plates, and utensils, and also they are in the intention of spreading coronavirus disease. Nobody knows what’s happening in the Nation.”

Later on, it was verified as a fake video, which was uploaded on Vimeo, back in July 2018. The people in the video were Dawoodi Bohras, who were licking the utensils to follow their belief of zero wastage of food.

Bohras eat together in a big “thaal”. This one is from a jamatkhana where on several occasions there is food served. What’s happening here is taking not wasting food at an extreme level. 🤣🤣 https://t.co/irxJePHlZ3

Hence, the viral video simply captured the beliefs of Dawoodi Bohras and had nothing to do with the spreading coronavirus and infecting others.

3. No, Muslim Men Are Not Sneezing In Unison To Spread Coronavirus In Viral Video

In the middle of the chaos surrounding the gathering organized by Tablighi Jamaat, another false video of Muslim men sitting on their knees and praying went viral on social media platforms. The video claimed that the people are sneezing intentionally to spread the novel coronavirus, which was false.

As the video shows people inhaling and exhaling extravagantly, that led to the concept of ‘Zikr’.

Zikr is a conventional Sufi gathering held at the dargah or tekke. In this setting, the members of a Sufi tariqa (order) together chant certain Names of Allah.

A wrong new is being circulated on AajTak that 33 corona suspects sent for quarantine who attended a programme at Dargah Hazrat Nizamuddin. It is clarified that the News is about Nizamuddin Tablighi Markaz and not of Dargah. Complaint has been made at ‘Aajtak’ in this regard.

Since Zikr is usually performed at a Dargah, it is highly likely that the video could have been filmed somewhere else and not at the Nizamuddin mosque.

A news story with the headline, ‘COVID-19: Hindus denied food supplies in Pakistan’s Karachi’, was released by an Indian news agency, Asian News International (ANI), which later was declared as fake.
The story claimed that “ During the COVID-19 outbreak, thousands of poor people gathered at ‘Rehrri Ghoth’ in Karachi to receive food bags and daily essentials. However, those who belong to the Hindu community were told to go back since the rations were only meant for Muslims.” As a reply to this news, a letter was written by the office of the Malir deputy commissioner to Karachi Commissioner Iftikhar Shallwani, the subject of which was ‘Food Supplies Denied to Hindu Community’.

According to the letter “The news of the ration distribution spread across the village and as a result, almost entire villagers gathered at the site to obtain the bags. Therefore, only a few could get hold of the bags, whereas, a vast majority was left empty-handed.” Hence, clearing the air that, the food bags were distributed irrespective of the religion, race, caste, and creed, but purely on a first-come, first-served basis.

5. Video of an undertrial in Mumbai falsely viral as Nizamuddin Markaz attendee spitting at a cop

Back in March, Delhi’s Nizamuddin emerged as a coronavirus hotspot after numerous people who attended a Tablighi Jamaat gathering in mid-March tested positive for the COVID-19. Since the news broke out, the issue has been deliberately taken out as a Hindu-Muslim dispute on social media and by several mainstream media outlets.
The video showed a man inside a police van, spitting on a cop, who was claimed to be a part of a Tablighi gathering, which was false.

Also, the people who attended the gathering at Nizamuddin Markaz were taken to hospitals and quarantine centres in buses. The vehicle in the video was a police van. Likewise, there are no health workers in the van and nobody was wearing protective masks.

6. A Muslim police officer is beating up a temple priest for breaking lockdown orders in India.

A photograph of a policeman beating a Hindu priest was widely shared by several prominent social media users.
National spokesperson of Vishva Hindu Parishad, Vijay Shankar Tiwari, claimed that the cop was the Superintendent of Police (SP) of Madhya Pradesh’s Rewa district, Abid Khan, which was all false.

As the police officer seen beating the priest was not SP Abid Khan but, TI Rajkumar Mishra. And also the priest was not praying alone but with a gathering of at least 50 people, the police have not only been taking actions against Hindu gatherings but also against several Muslim places of worship who are not following the guidelines of the lockdown.

7. An old video falsely viral as Muslim man spitting on food at an Indian restaurant in the backdrop of coronavirus pandemic

A short video of 45-seconds of an employee at a restaurant packing food has been shared over social media, claiming that a Muslim man is spitting on the food before delivering it to customers.
Shared by Mahesh Vikram Hegde with a statement, “What’s the use of Janata Curfew when we have deadly sadists like this man? Arrest this lunatic immediately.”

On March 22, 2020, the Gulf News reported, “Abu Dhabi Public Prosecution has confirmed that a viral online video of a worker blowing into a plastic bag containing food was not shot in the UAE “, hence clearing the air.

A video went viral on Facebook and Twitter claiming that 50 people coming out of a building were from Italy and Iran, they came to Patna’s Kurji in February and have been hiding in a mosque since then.

The video was published with two different claims. One was that these people were hiding inside the mosque and the other that they were from Iran and Italy.
Based on the above details, on March 23, ‘Digha Samachar‘ posted, “Please don’t spread any kind of rumour about the foreign nationals in Kurji mosque. All of them have tested for COVID-19 and found to be negative.”

Revealing that the news was fake.
In further verification, it was revealed that these people have come to India on a tourist visa and not as a group for the Tablighi Jamaat.

The media’s portrayal of Muslims as a potential transmitter of the virus has had real outcomes.
There have been reports of Muslims being beaten, vegetable vendors hunted by the Hindu communities, a pregnant woman losing her baby after a hospital turned her away because she was Muslim and another hospital discriminating COVID-19 patients based on religion.
It’s alarming to see, a world where media play a crucial in shaping democracy, no longer work to challenge hegemonic descriptions and discourses circulated by governments; but act like a fourth branch of the government and a mouthpiece through which these narratives are normalised and accepted by gullible masses.

Read: Brands That Beautifully Showcased The Hindu-Muslim Theme In Their Ads