by Arisha Khan
in Buzz, News
0 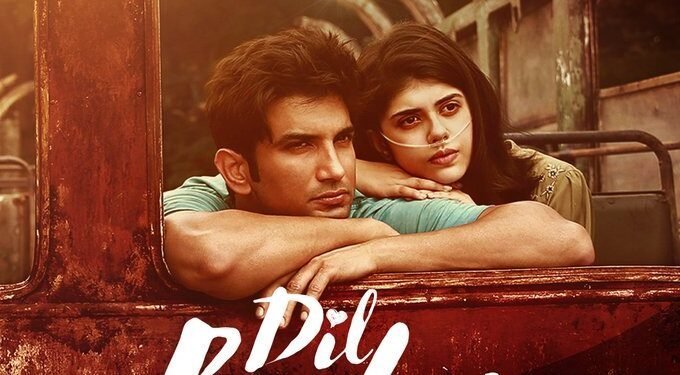 When the Dil Bechara soundtrack was released last week, exclusively on Spotify before it was on any other music streaming service, it caused a virtual exodus that prompted the app to crash for a few hours, before it was back. Dil Bechara is an exception because of the extraordinary situation the film has found itself in, following the suicide of its lead actor Sushant Singh Rajput. With the actor’s death, a cloud of gloom descended over the nation. Anything remotely related to Dil Bechara, Sushant Singh Rajput’s final film, is being cherished by fans. But also, to a certain degree, its bouncy and gleeful title track, that went viral soon after it was ‘dropped’.

While sharing the song album, AR Rahman wrote on Twitter, “Finally, here’s our labour of love, the full album of #DilBechara with lyrics by #AmitabhBhattacharya. Hope you like it. #DilBecharaAlbum.”

Dil Bechara song album has nine songs. Rahman had unveiled the names of the film’s songs on Twitter.

Dil Bechara, title track sung by the maestro himself whose vocal mysteries still inscrutably even after more than 25 years. It is the album’s most special song no doubt, made even more special by the music video, that features a solo Rajput show, lip-syncing to Rahman’s vocals and dancing to Farah Khan’s choreography in a basketball jersey in his hoppy-song, more sublime than ever.

lyricist Amitabh Bhattacharya, crack something that is both buzzword-friendly and musically compelling. Words such as ‘Friend-zone’ and ‘Likes’, hit the sweet spot in the hearts.

The rest of the album is filled with exquisite duets—a Hindi film music staple not so long ago, now taken over by remixes. Take “Taare Ginn” for instance, perhaps the most soothing track of the album that starts with Shreya Ghoshal and Mohit Chauhan singing, two finest voices in the industry. The song is a treat for all romantics out there, just like Sushant’s on-screen character.

In Song “khulke Jeene Ka” Shreya Ghoshal and Mohit Chauhan singing different lines and melodies at the same time is a beautiful crescendo. The lyrics tell you to live without any qualms, regrets, and sadness. A line that is bound to stay with you says, “Umar ke saal kitne hain, ginn ginn ke kya karna, beet jaaye na ginti me hi varna.”

Later, on the charming Maskhari, a mood-lifting song. Bhattacharya’s words give it a middle-class grounding, finding similes in thandi koolfi and peera-hari balm and rhymes in baadal, bijlee and khujlee, Sung by Sunidhi Chauhan and Hriday Gattani.

Afreeda is a something atypical, but you can trust Rahman with that! The song with Arabic has been sung by Palestinian singer Sanaa Moussa and features a rap by Raja Kumari. If you like being unbounded this one is the song for you.

Jonita Gandhi joins Hriday Gattani on the chorus of “Main Tumhara”, is the song for those, who love believe in unconditional love. Compared to other songs in the album, this one is slower and more peaceful. On the jaunty Mera Naam Kizzie, it’s Aditya Narayan and Poorvi Koutish who harmonize, their playful vocals underlined by jazz style of 1950s song. The Dil Bechara album also has a song called Friendzone, which is a remixed version of the title track voiced by Rahman.

I don’t think I’ve heard so many close harmonies on a single Rahman album.
And, The Horizon of Saudade is a beautiful instrumental track, that ends the album on a poignant note, that will give the movie a touchy end as this last time we’re watching Sushant Rajput in new work.

Breathe- A Beautiful Look Into The Shadows

Mithila Palkar on favouritism in Bollywood, says sometimes a role went to the female actor who didn’t even audition for it

Mithila Palkar on favouritism in Bollywood, says sometimes a role went to the female actor who didn't even audition for it