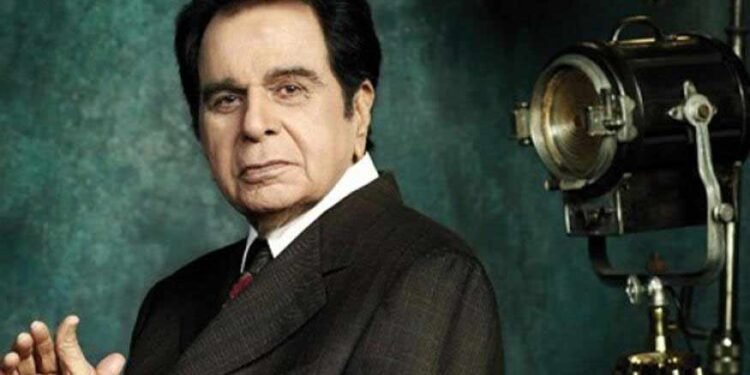 Dilip Kumar, originally named as Mohammad Yusuf Khan, is considered as the first superstar that the film industry ever saw and that was way before the arrival of actors like Rajesh Khanna, Amitabh Bachchan and Shahrukh Khan. Technically he may even be called the first ‘Khan’ of Bollywood. However, his stature in the industry isn’t just confined merely to a title he received as an actor but he has a magnanimous career to his names which includes an abundance of classic films that were absolutely ahead of their time.

Even after a 54 year-long career in the industry, people who have watched his films still regard him to be the epitome of playing out certain emotions out of the blue so easily, more than the scenes demanded. Because of the realism he brought in his acting and pioneered it into Indian Cinema, he had been called as the ultimate method actor of his time, the era when no one had heard of something called method acting, unlike today where this word drops in every time someone is lectured about the types of acting.

His span of acting had him presented in a wide variety of roles, in most of which he got discovered as someone who always ended up with unrequited love, as a result giving him the title of the ‘Tragedy King’ of Bollywood.

Dilip Kumar was the first actor to have been conferred with the Filmfare Best Actor Award in the history, and he is the same actor who holds the most number of Filmfare awards in the Best Actor category till date.

Today as the legend turns 98, we have brought his 7 best films which made the King of Tragedy out of him. Have a look:

The movie portrayed the mother of all love triangles in Hindi Cinema, in which the following were entangled – Dilip Kumar, Raj Kapoor and Nargis. Dilip Kumar played the character of his name, Dilip, in the film whose love for Nargis went unrequited eventually on its first tragic onslaught of his long filmography. The movie was his first blockbuster and also a multi-starrer blockbuster.

The movie is yet another unfulfilled love story of Dilip Kumar. The film is the noted film in the history of Indian cinema which crowned Dilip Kumar as Bollywood’s all-time ‘Tragedy King’. The hero is a blind singer and separated from his childhood crush due to class indifference in society. He is being treated by a doctor, Ashok Kumar, who loves the same girl, Nargis. Dilip tries to get her back with the songs they both had sung together in childhood, but she couldn’t identify him. Hopelessly defeated in winning Nargis back, he blinds himself in grief even after receiving his vision.

Whenever Devdas is mentioned, people of modern generation recall the one starring Shahrukh Khan but not many know that that one was also the remake of Dilip Kumar’s classic of the same title. Dilip Kumar’s Devdas was the benchmark in his career when films showing him as the king of the tragedy were at a peak. He has excellently lived through the character from being a heartbroken lover to a serious alcoholic meeting an unexpected and unfortunate end. It is said that he was so much under the skin of Devdas’s character that he was compelled to go to London to see a psychiatrist.

The movie very sincerely executed the concept of Man Vs Machine, which was in itself an evolution of telling stories in the Indian cinema back in the golden age. The audiences got to see their favourite Dilip Kumar in the role of a rustic taangewala well into perfection, having a love interest in Vyjayanthimala. Its song “Maang Ke Saath Tumhara”, composed by another legend O.P Nayyar continues to be popular to this day. The movie is one of the two black and white movies of the actor which later re-released in coloured print.

The movie is the grandest and the most appreciated period film ever shot till date in Hindi Cinema, rest of the films fail to stand in front when it comes to the iconic dialogues, grandeur, visuals and romance. The best of all was the epic confrontational scenes shot between Akbar played by Prithviraj Kapoor and Salim played by Dilip Kumar. Dilip Kumar perfectly in the shoes of a rebellious prince against his father, conveyed emotions majorly through eyes rather than taking the help of any dialogue or facial expressions.

It is popularly believed among fans that Dilip Kumar had directed the whole film rather than Nitin Bose, who was credited to be the director. The film had set the popular theme for movies to come ahead like Deewar, Parvarish, etc, in which one brother deviates to become an outlaw while the other one joins the police. Dilip as Gunga with utmost sincerity played a rustic villager who was forced by circumstances to become a dacoit. The film is also praised for having been shot in rural Hindi Dialect, the practice which was very new to films in that time.

It was one of the earliest films in Indian Cinema which gave the concept of portraying lookalike characters on screen. Dilip Kumara with this film that his mettle for acting isn’t just restricted to doing serious roles but can also ace comic roles with ease and audiences got that proof in the film. Dilip Kumar played the double role of twins, Ram and Shyam, who got separated at birth. Shyam grows into a street smart guy whereas Ram is an innocent poor guy abused by his brother-in-law. Their lives begin to turn right when they accidentally exchange their positions in the story.

12 Times Bollywood Made The Mistakes We Failed To Notice

Millionaires out of the blue: 5 people who struck gold overnight

Millionaires out of the blue: 5 people who struck gold overnight