As the legendary actor left us today, all his fans are grieving, but we at BuzzPedia think remembering him in different ways would be a better task to do as he would have loved this more than us shedding tears. So, here's to remembering Dilip Kumar Saab. 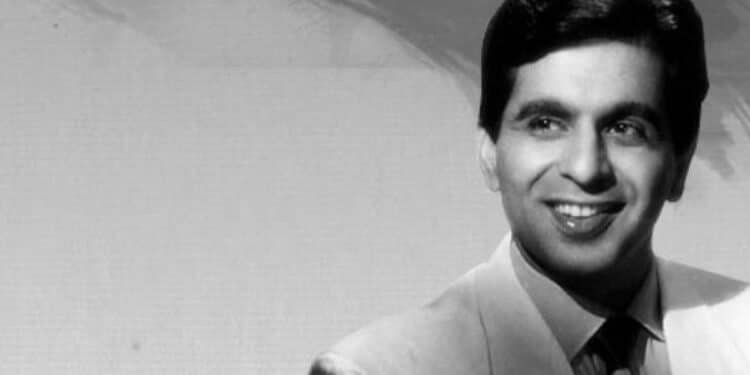 The doomed lover was a million women’s fantasy man. He went on to besiege a million hearts after constantly losing in love. His soul turbulence was seen in his eyes. The black lashes matched the shadows inside. His smooth voice, tinged with melancholy, reflected the weight of his heart, “Had Shakespeare met Dilip Kumar, he would have added one more character to the already well-defined ones he had created,” said filmmaker V Shantaram.

Dilip Kumar’s portrayal of despair and loss is one of the most elegiac. He infused poetry into cinematic language, fine-tuning the vocabulary of sensuality. His heroines relished the opportunity to be wooed by him, which catapulted them into the hall of fame.

Even his later silver loves with Raakhee (Shakti), and Nutan (Karma) were filled with complexities. He celebrated his 98th birthday last December, and as he left us today, we would like to revisit his unforgettable onscreen pairing, the emotions they prompted, and occasionally the laughs they brought to remember the good old days.

In the 1950s, Nimmi and Dilip Kumar appeared in five films: Aan, Amar, Deedar, Daag, and Uran Khatola. In an interview with Filmfare, she emphasized the charm of his personality, saying, “God has blessed Dilip Saab with a maqnatis (magnet).

I was his fan too; beautiful women like Madhubala and others were in love with him. How could I ever be at par with them? I’d have been left heartbroken had I desired something unattainable.”

Dilip Kumar and Meena Kumari were renowned in Hindi cinema as the “Tragedy King” and “Tragedy Queen,” respectively. However, in Azaad (1955) and Kohinoor (1960), the two reversed roles and played lively characters.

Dilip was recommended to undertake light-hearted movies as therapy because of his grief fixation.

In his book, Dilip says, “I enjoyed the making of Kohinnoor also for the camaraderie that grew between Meena Kumari and me after Azaad as we, who were known for our forte with emotional drama and tragedy, came together for another light-hearted film.”

Rumors of an off-screen romance arose due to the pair’s onscreen connection, which both denied. Due to Vyjayanthimala’s apparent friendship with Dilip’s rival Raj Kapoor, there was soon a rift between them. Sunghursh was their last work together (1968). After that, they didn’t talk to each other for years, according to reports.

Nargis starred in seven films with Dilip Kumar, beginning from Anokha Pyar (1948) to Deedar (1998). (1951). In movie after movie, her zeal equaled his. They played childhood sweethearts parted by circumstance in Mela (1948).

Andaz (1949), directed by Mehboob Khan and starring Nargis, Dilip, and Raj, was a homage to unrequited love. Babul (1950) was a melodrama about miscommunication and catastrophe, while Kidar Sharma’s Jogan (1950) featured Dilip as an atheist who falls in love with jogan Nargis.

The abyss established between them by the lack of faith or lack of faith reinforced the fact that love is the most magnificent of all emotions. They don’t even exchange a glance in most instances, but the longing was evident. The Substance and the Shadow (penned by Uday Tara Nayar).

Saira Banu, a stunning woman, only had two dreams. One: to be able to pursue a career as an actor. And two: to be able to become Dilip Kumar’s wife. She was successful in both endeavors. Dilip initially refused to pair with her, claiming that she was too young.

But he fell in love with Saira when he saw her on her birthday, August 23, 1966, “I can still recall Saira standing in the foyer of her house looking breathtakingly beautiful in a brocade saree…She has indeed grown to full womanhood and was, in reality, more beautiful than I thought she was,” he writes in his book. Saira was 22 and Dilip 44 when they got married the same year.

Their comfortable chemistry was the product of a couple’s growing fondness for one another, of a young actor warming up in the presence of a thespian. “I saw her tenacity to get the nuances and emotional curves of the performance right,” Dilip praises his co-star wife in his book.

Saira also shared she feels cherished when Dilip today confesses to her, “The care you have given me, not even my mother was able to.” This real-life pair is bathed in a lovely autumnal glow… Theirs is a tale worth telling and retelling.

She was the yin to his yang. His glitz has an elegance about it. During the 1960s, Waheeda Rehman and Dilip Kumar made notable performances in films such as Aadmi, Dil Diya Dard Liya, and Ram Aur Shyam.

Though there were rumors that the two were dating at the time, nothing came of it. Decades later, the two starred in Mashaal (1984), in which Dilip reaffirmed his ability to love deeply.

The ‘Aye Bhai!’ moment, in which a helpless Dilip pleads for aid on a deserted street as his beloved wife Sudha, played by Waheeda, takes her last breath, is remembered fondly.