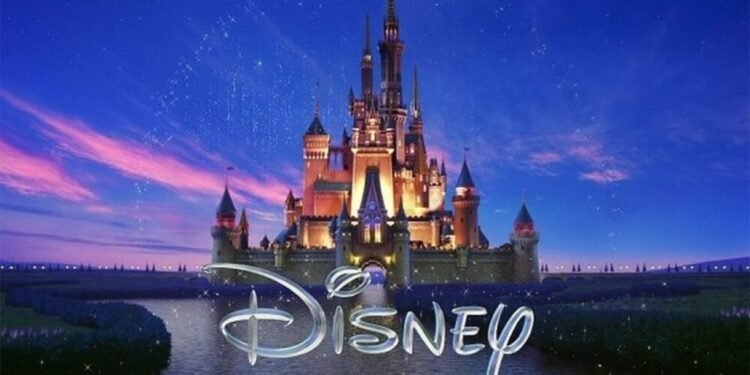 Ever since childhood, Disney has impacted all our lives. The characters, the story, the songs, the view have all been an integral part of our lives. Most of these stories are the classic folk tales that have been adopted by Disney and given a rather fairy tale touch. But what about the characters? How did the creators come up with what these characters from the story would look like on the screen? As declared in a lot of documentaries, interviews, behind the scenes and making-of videos, these characters are based on some of the other famous personality. Sometimes more than one. From the movements to gestures, from the looks to the dialect the animators have observed and worked on the nuances to get it all right.

Here is a list of Disney characters who were actually based on famous people:

Aladdin from the Disney movie ‘Aladdin’ is a common thief but has a pure heart. If it weren’t for his circumstances he wouldn’t have been a thief in the first place. The inspiration for this charming character was derived from none other than that Hollywood heartthrob, and the epitome of a tough and tough man, Tom Cruise. The original idea was to go for a lesser heroic facial feature but it was soon dropped because if Aladdin were to play the love interest of Princess Jasmine, he has to have something heroic and charming about his appearance.

The character Alice who is the protagonist of the movie ‘Alice in Wonderland’ was not only based on Kathryn Beaumont but she also voiced for it. Back then, she was only 10-years-old. A number of her photographs and a video of her performing the character show how she brought the character to life. 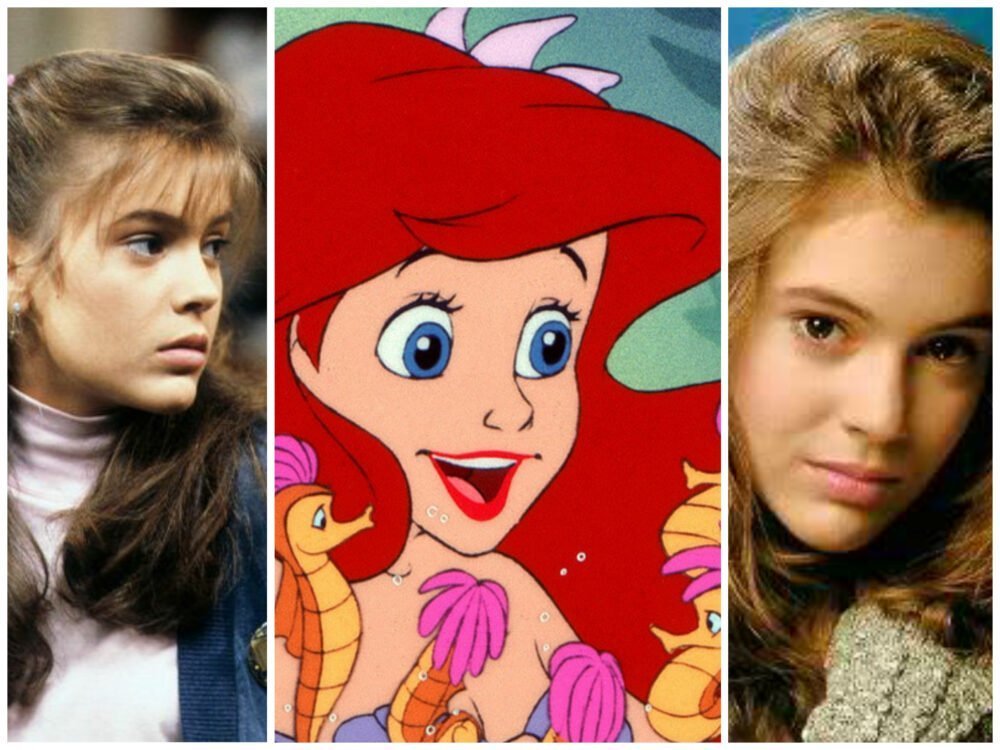 Princess Ariel from ‘The Little Mermaid’ is a rather peculiar princess. She is a mermaid and is easily recognisable with her sparkling red hair. While designing this character the animators at Disney drew inspiration from the American actress Alyssa Milano. They used a lot of her pictures from her young age for understanding her facial features. She got to know about it when she was called to do a making-of, behind-the-scenes special which was a year after the film was released in theatres. 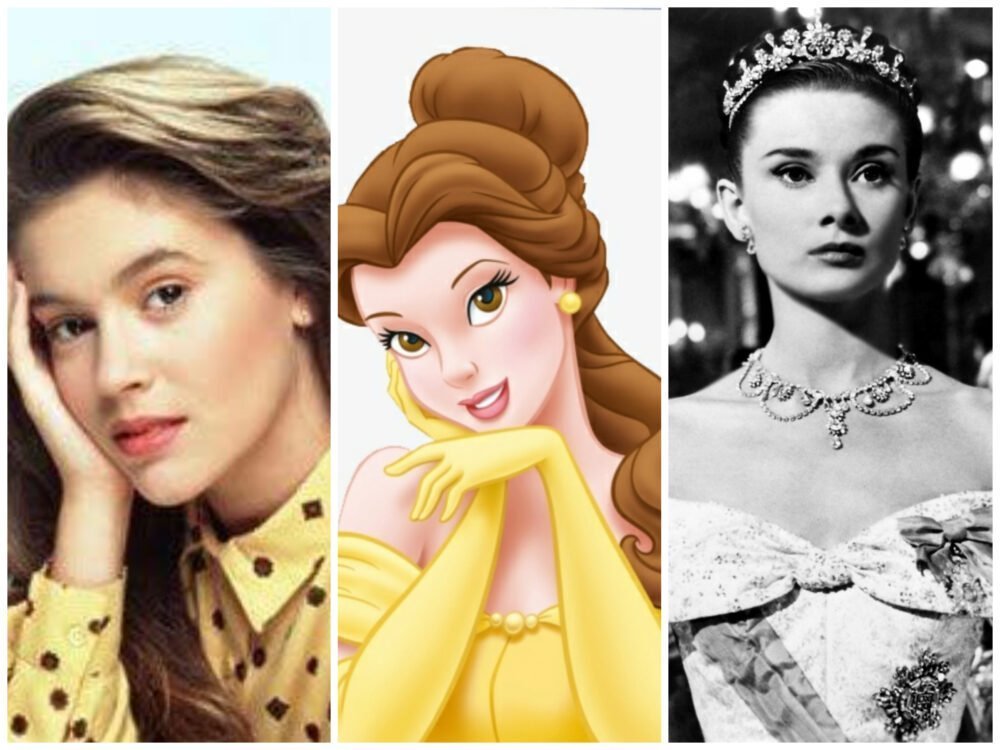 While the writer Sherri Stoner modelled for the character Belle from ‘The Beauty and The Beast’. A lot of the character’s facial features and the infamous yellow gown were inspired by the famous actress and legendary fashion icon Audrey Hepburn. 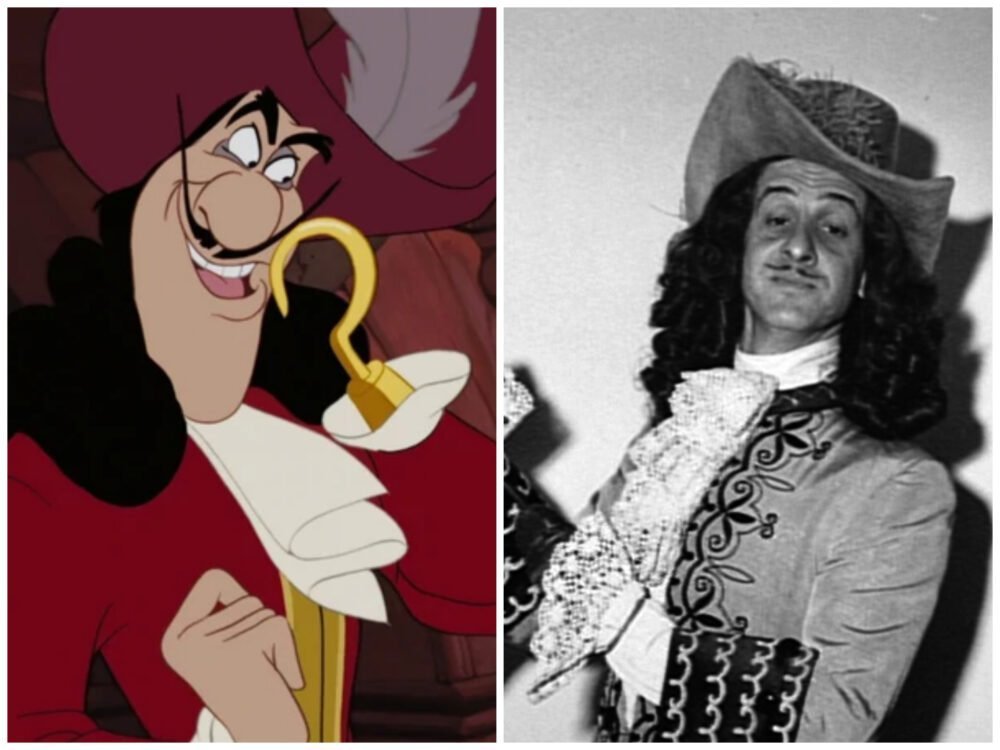 The American actor, comedian and voice artist, Hans Georg Conried Jr. was supposed to voice for the character Captain Hook from the movie ‘Peter Pan’ but the animators found him too vibrant and decided to actually base the appearance of the character on his real personality. 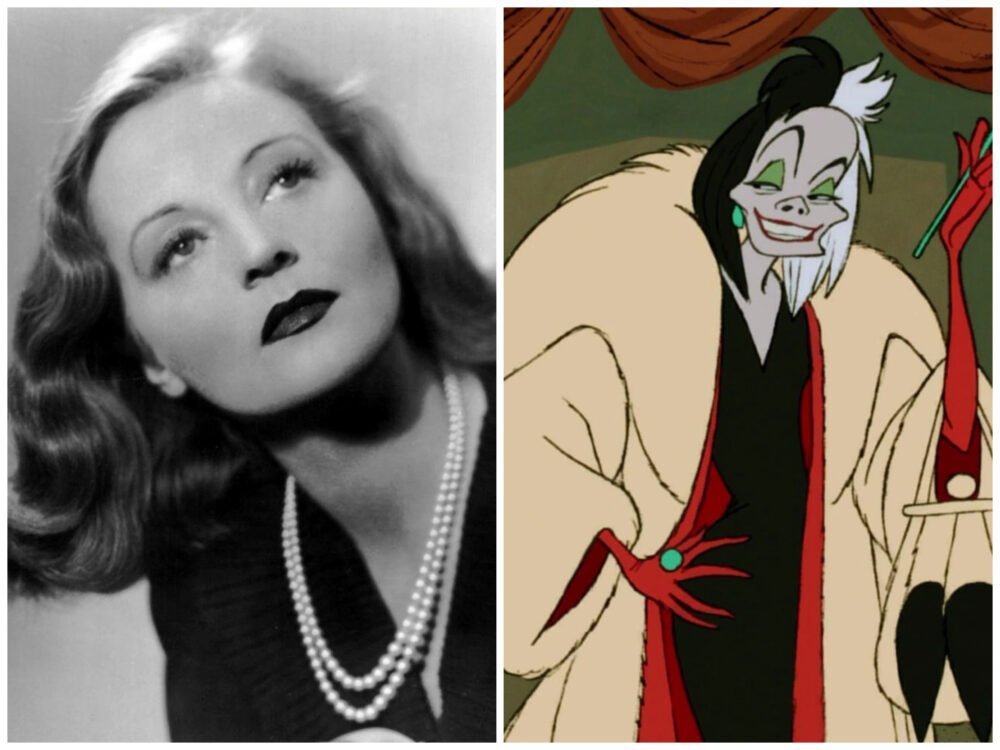 The iconic villain Cruella from the movie ‘A Hundred and One Dalmatians’ was voiced by Betty Lou Garson but the character was based on Tallulah Bankhead the American actress of the stage and screen who acted during 1918-1968. 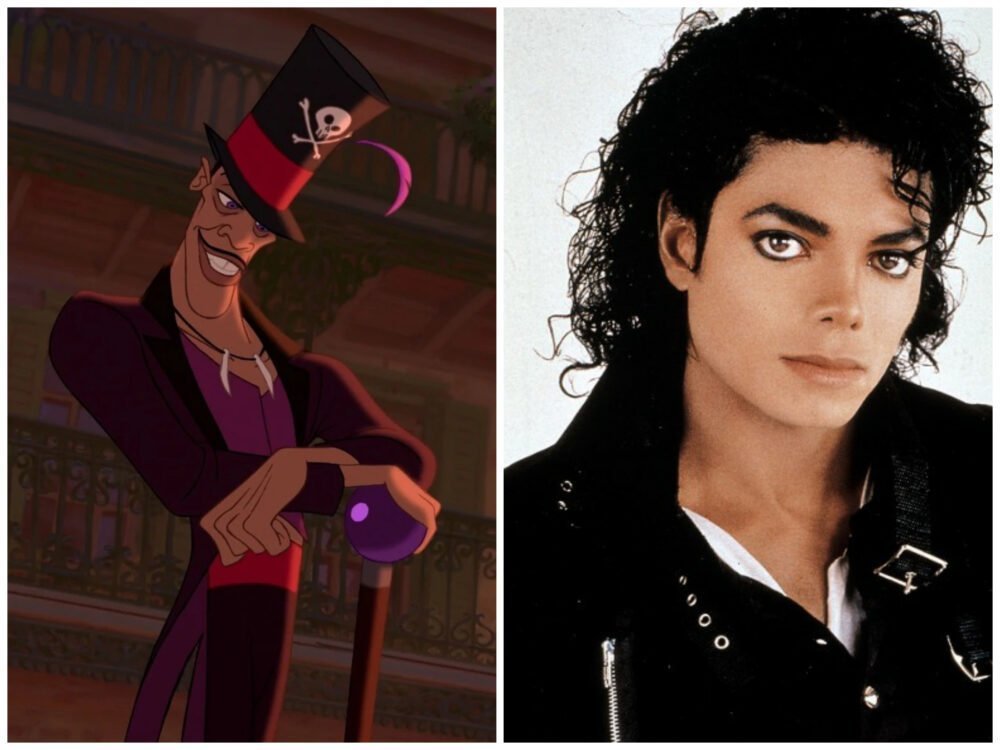 The epic villain Dr Facilier from the movie ‘The Princess and the Frog’ was based on the king of pop Michael Jackson. Apart from the physical appearance, even the dancing style has been inspired by MJ. 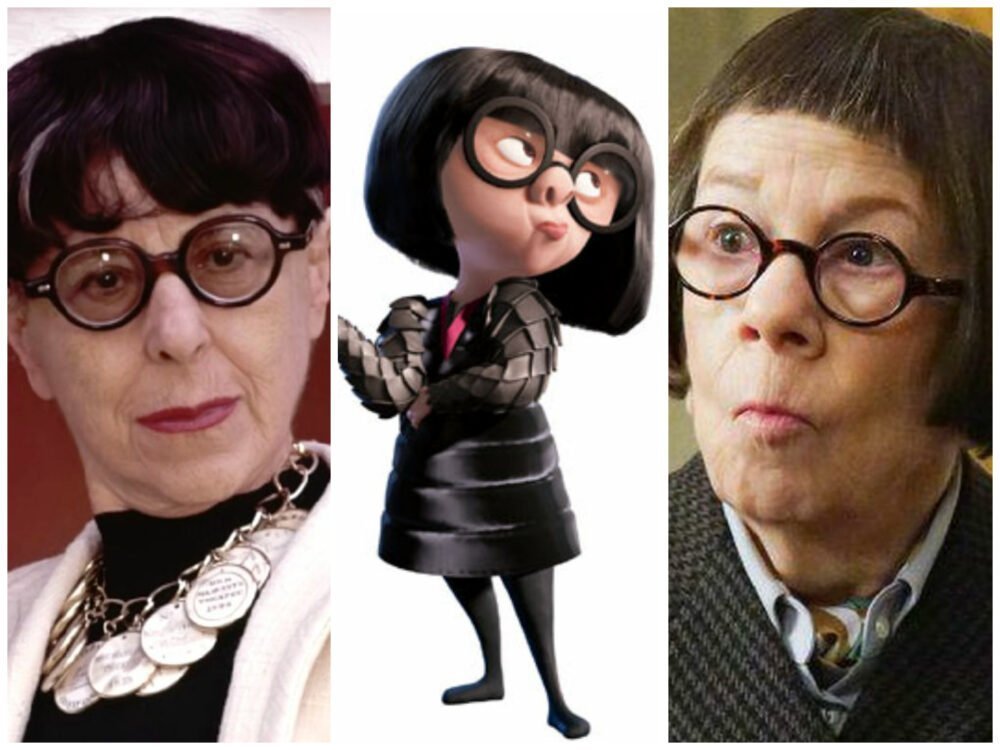 The fashion designer from the movie ‘The Incredibles’ who designs the super suits for the superheroes is believed to be originally based on the life of fashion designer Edith Head. But the animation has an uncanny resemblance to the American actress Linda Hunt. 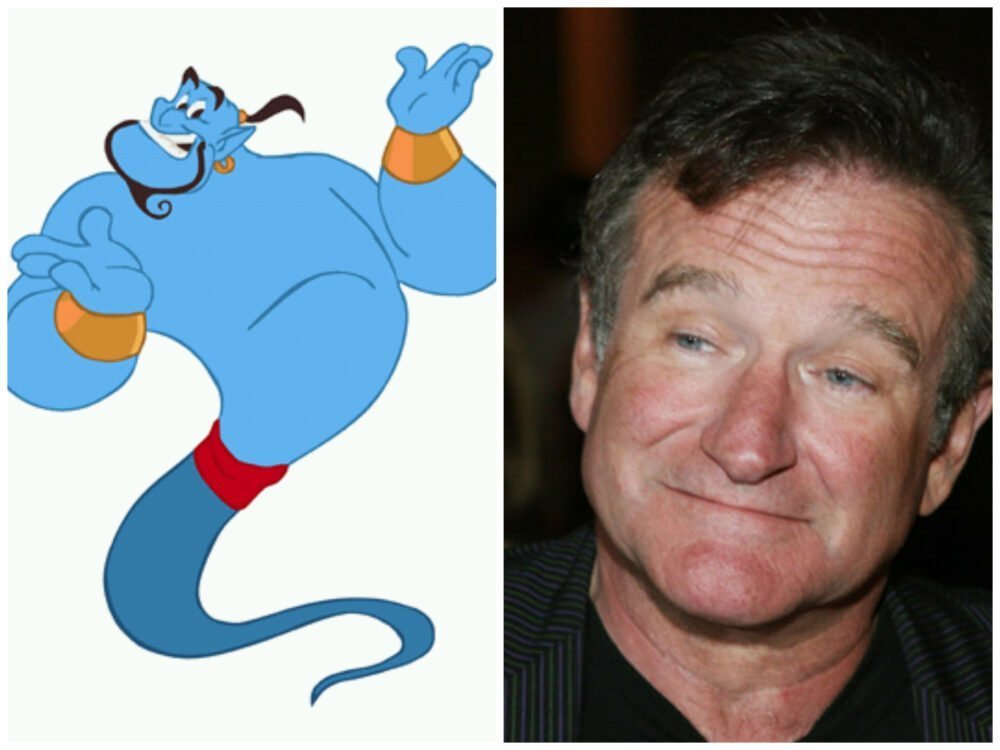 Unlike other characters, this one was not inspired but actually written for Robin Williams. The directors Ron Clements and John Musker wanted Robin Williams to play the role of Genie so bad that they wrote the entire character around him and the animators created it for him. The character was an embodiment of Robin Williams. 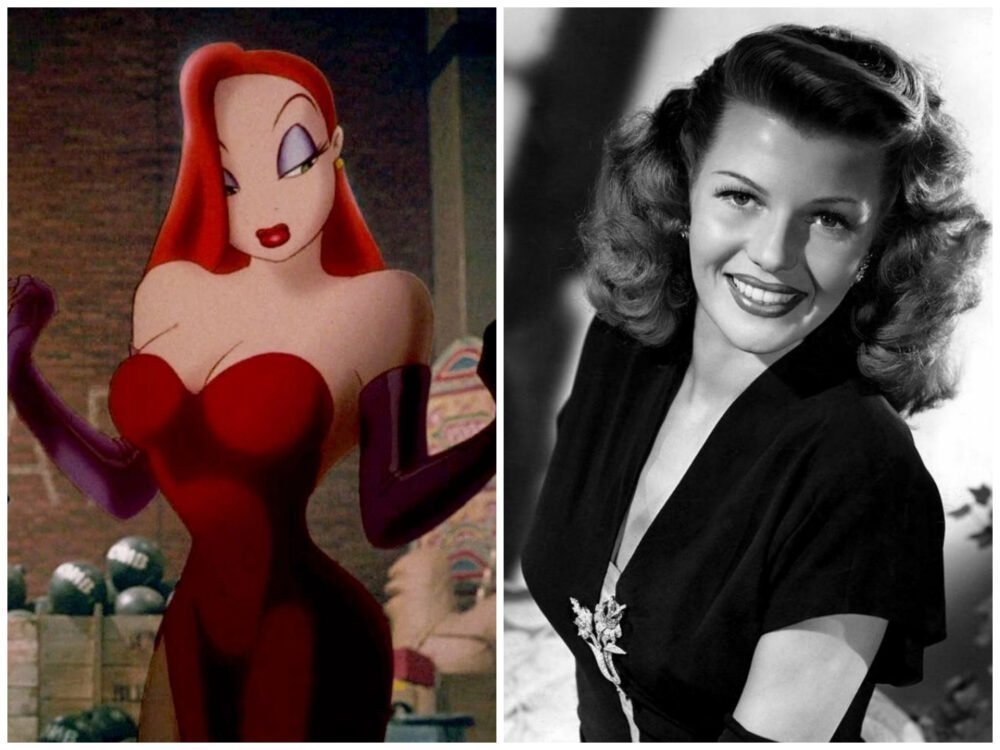 Jessica Rabbit from the movie ‘Who Framed Roger Rabbit?’ is deemed as the best-known sex symbol of animation. When the creators were asked to create a character that would be ‘the ultimate male fantasy’ they took inspiration from a lot of Old Hollywood actresses, but the most inspiration was drawn from Rita Hayworth whom the press would refer to as ‘The Love Goddess’ in the 1940s. 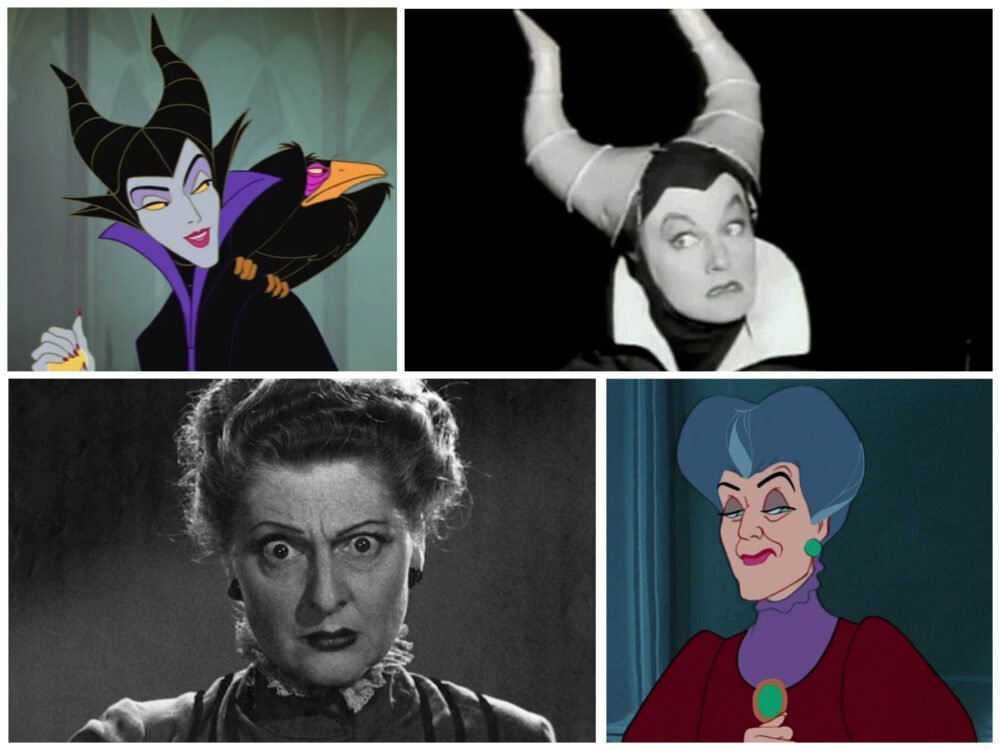 Eleanor Audley, the American character actress was asked by the Disney creative team to act out Maleficent so that they could base the animation on her features and gestures. She also gave the voice to the character.

Surprisingly she also served as an inspiration for the development of the character Lady Tremaine, Cinderella’s evil stepmother from the movie ‘Cinderella’. 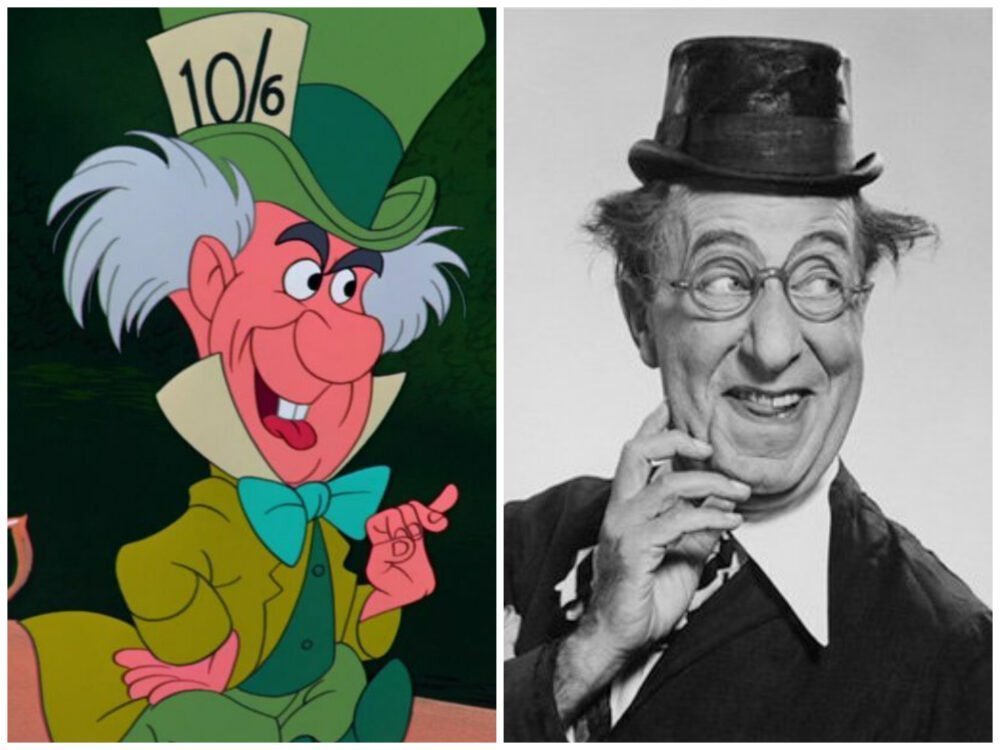 Isaiah Edwin Leopold, popularly known as Ed Wynn, was an American actor and comedian. He served as a model for the animation of the character The Mad Hatter from the movie ‘Alice in Wonderland’. Even in the story by Lewis Caroll, the Mad Hatter is a very unique and peculiar character. Ed Wynn also voiced the character. 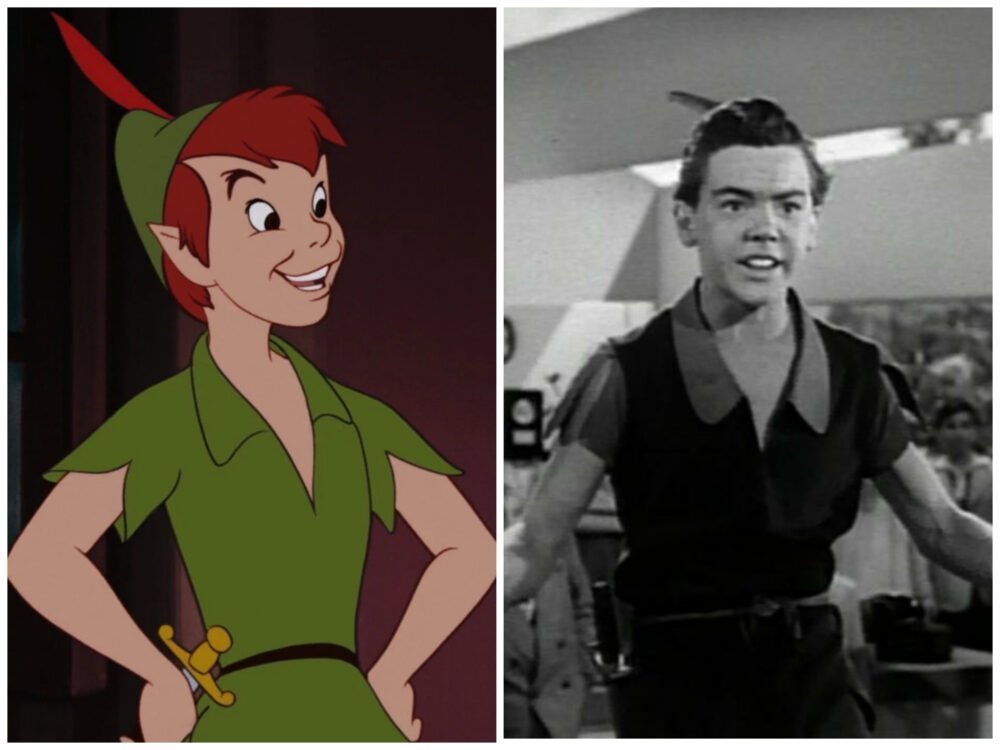 This Academy Juvenile Award recipient starred in a lot of Disney’s live-action films. He was highly loved during the 1950s for his talent, boyish charm and appearance. And the creators thought that Peter Pan could do with some of his traits. 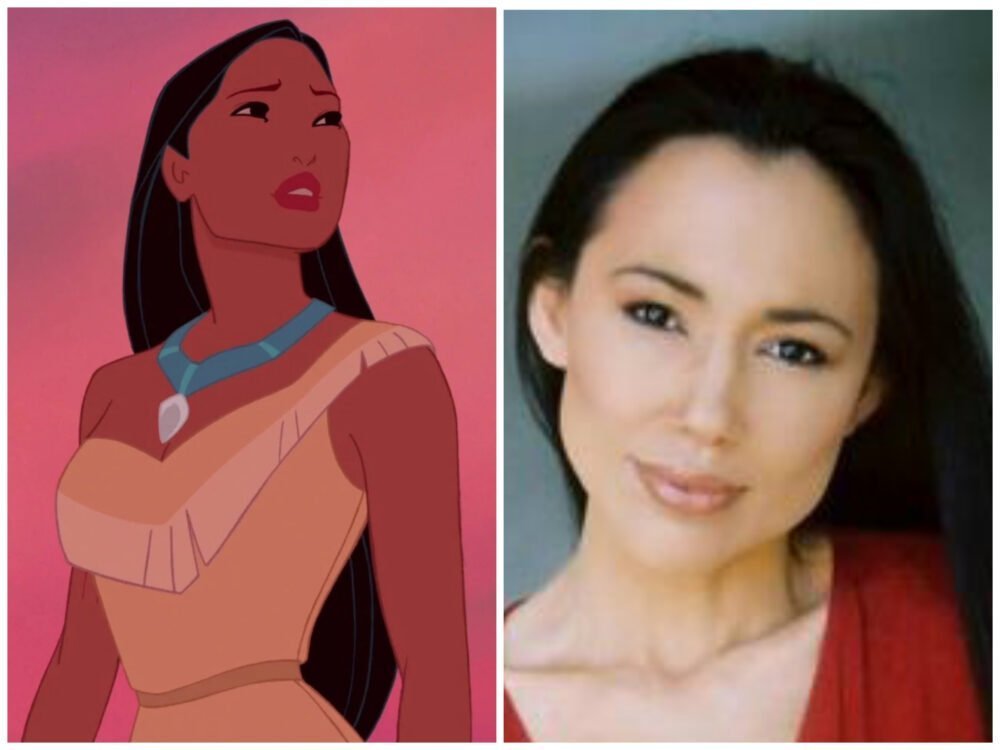 The character Pocahontas from the Disney movie by the same name was created using Irene Bedard, a Native American actress as inspiration. She also voiced the character. And when Disney decided to make the live-action rendition of the animated movie, she played the role of Pocahontas’ mother. 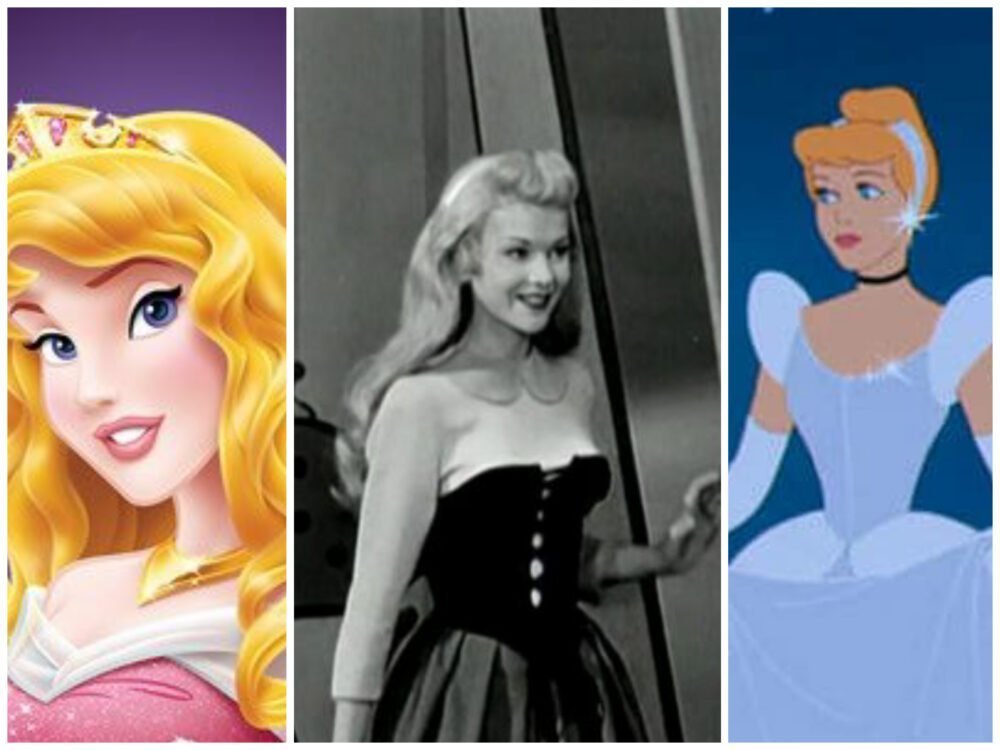 Helene Stanley, the American actress, served as live-action model for both Cinderella and Princess Aurora. Her elegance and grace were the qualities that made her fit for the part. Her actions were closely observed and the animation was developed on it. 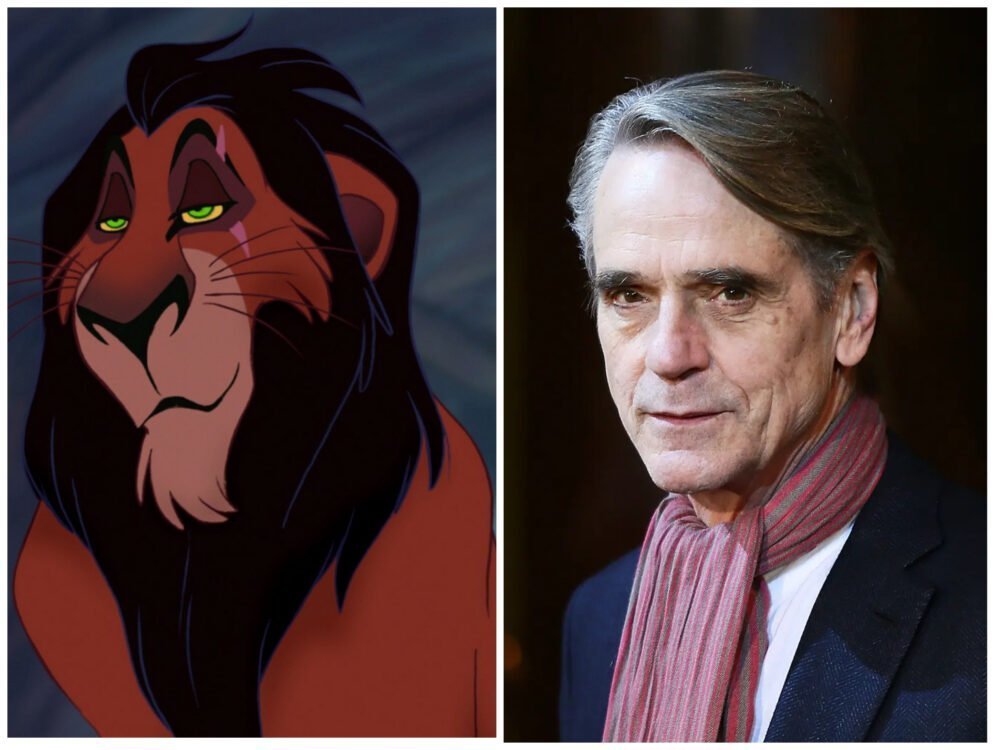 One of the most conniving and menacing villains of all times, Scar from ‘The Lion King’ was acted out by the Oscar-winning actor Jeremy Irons who also ended up voicing for the character. The makers wanted the film to have a certain Shakespearean nuance to it because of its similarity to the play Hamlet. Jeremy Irons was trained in stage shows and Shakespeare, hence he was the best choice. 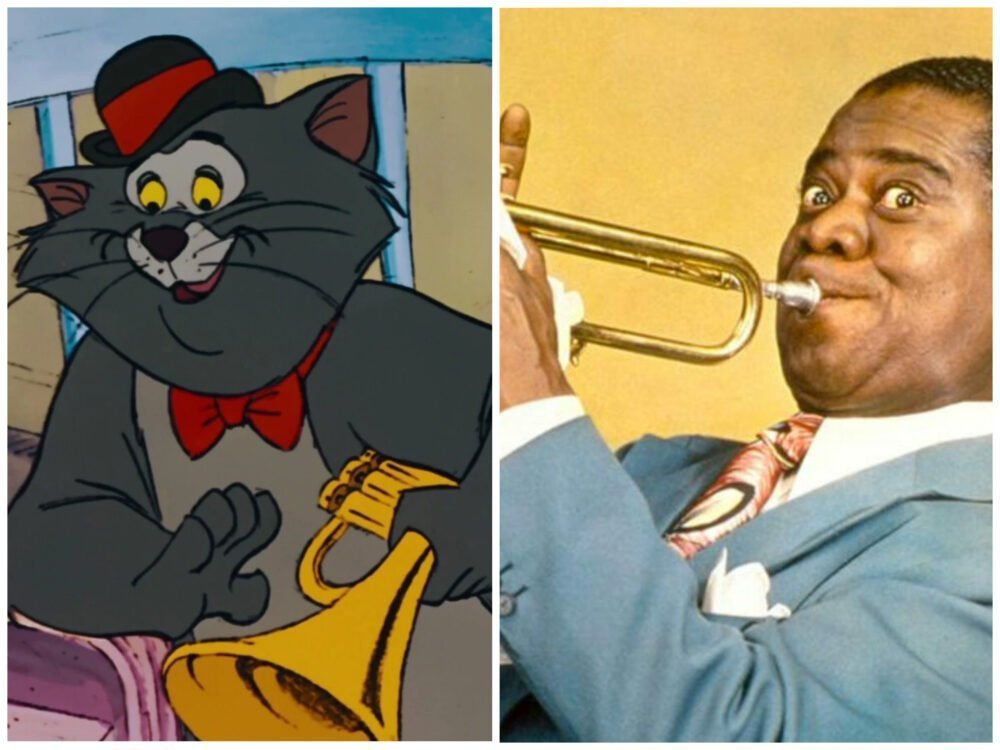 This popular cat from the movie ‘The Aristocats’ was a character written originally for Louis Armstrong and he was supposed to voice for it too. But due to some health issues, he couldn’t be a part of the project and was replaced by the musician Scatman Crothers. The original name of the cat, Satchmo the Cat was changed to Scat Cat after Crothers joined and even performed a new song for the character. 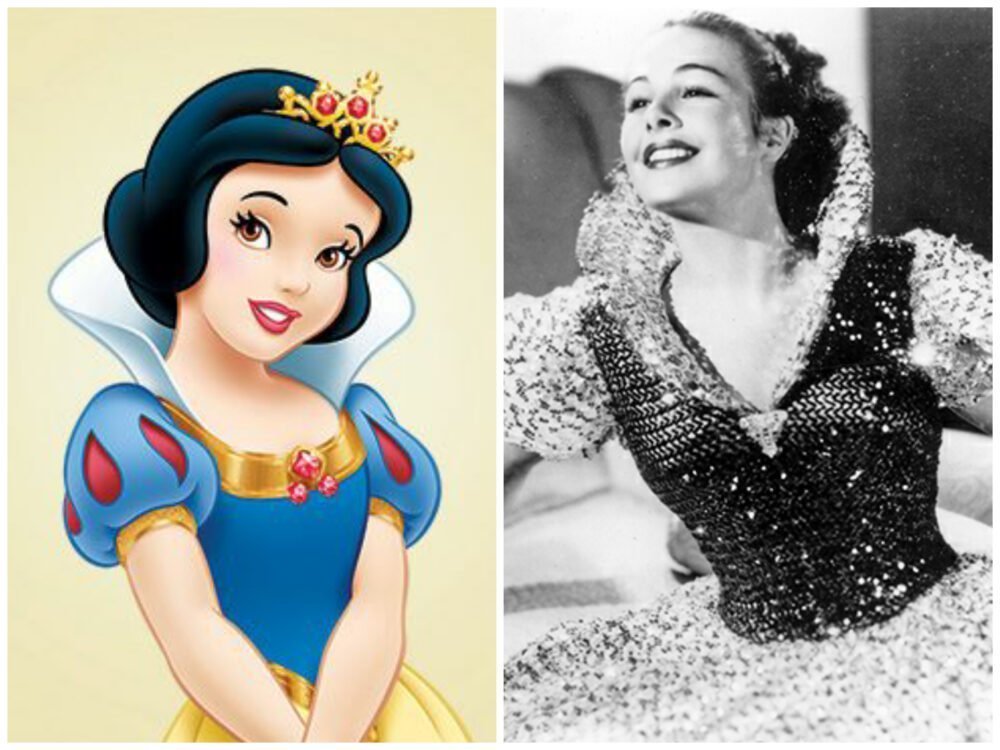 The character Snow White from the movie ‘Snow White and the Seven Dwarfs’ was inspired by the pure and childlike look of the dancer and choreographer Marge Champion who was hired by Disney as a dancer for their films. Some of her dances were also used in the animation. One of the most talked-about anecdotes from her experience as a model for Snow White is when she was asked to wear a football helmet to help the animators envision the character’s bigger than normal head. 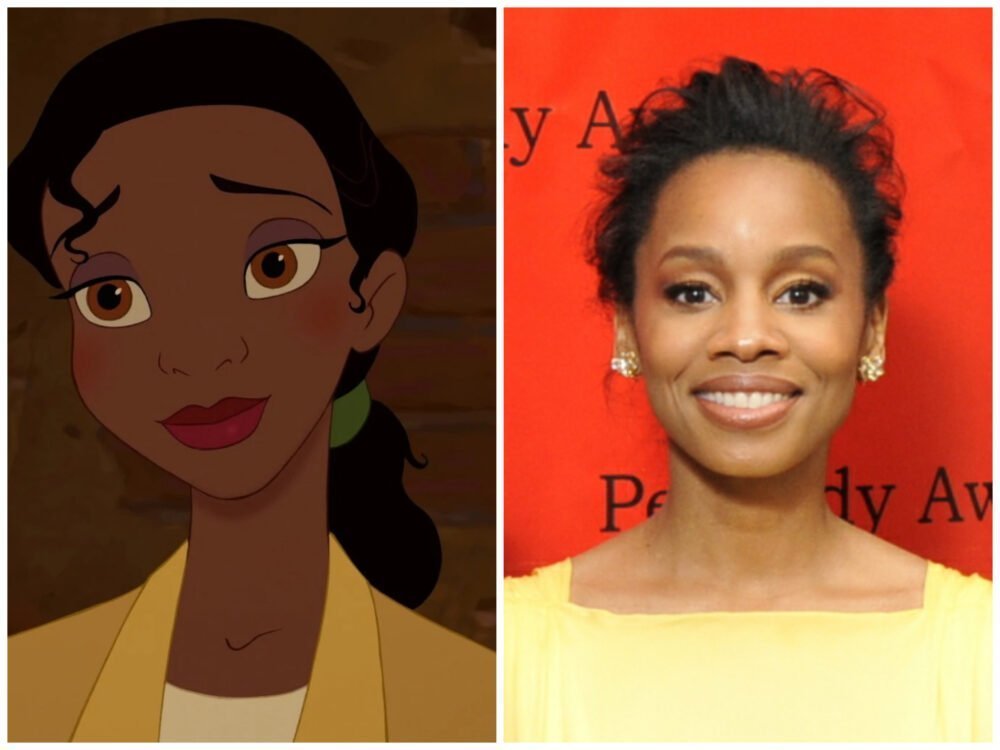 Most of the prominent and detailed features of the character Tiana from the movie ‘The Princess and the Frog’ was inspired by Anika Noni Rose who not only voiced Tiana’s character but also sang for her. Each of Rose’s features was looked at so profoundly that the animation was even given dimples and was made left-handed like her.

Against the common belief that Tinker Bell, a hot-headed pixie from the movie Peter Pan was inspired by Marilyn Monroe the truth is that Margret Kerry served as the inspiration for it. She auditioned for the character and her actions around certain props like oversized keyhole and scissors were used while creating the animation. 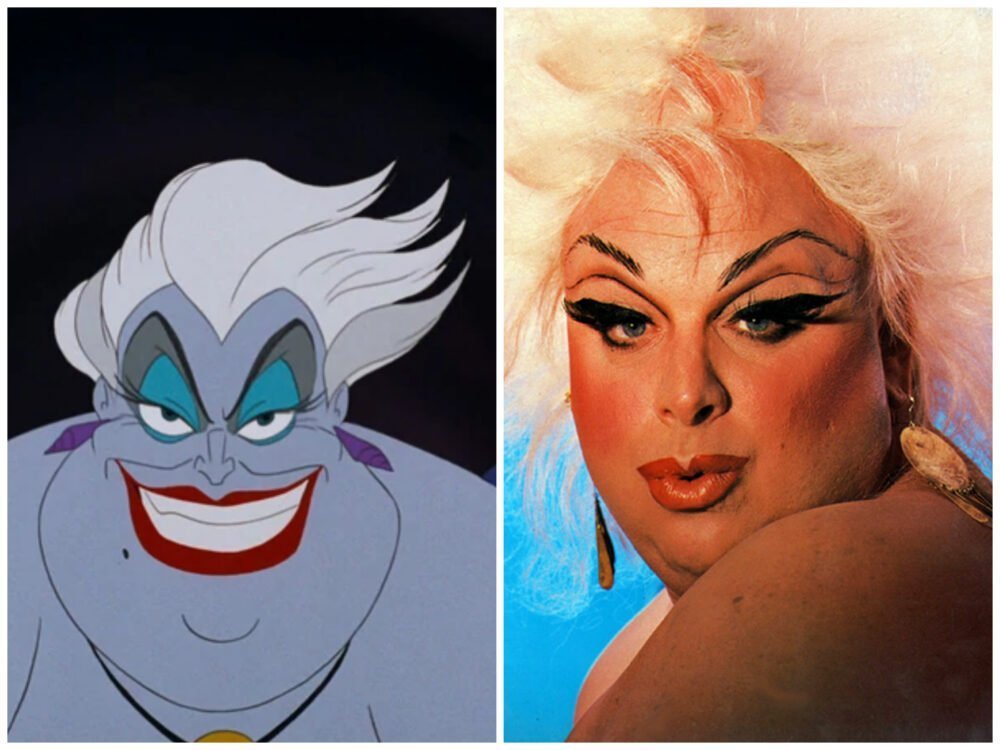 The evil mer-witch from the movie ‘The Little Mermaid’ was a rather tough character to design. As described in the story, the sketches couldn’t justify the character. Finally, Rob Minkoff, one of the animator’s drew an overweight vampy looking matron and everyone agreed that it resembled a lot to Divine (Harris Glenn Milstead). 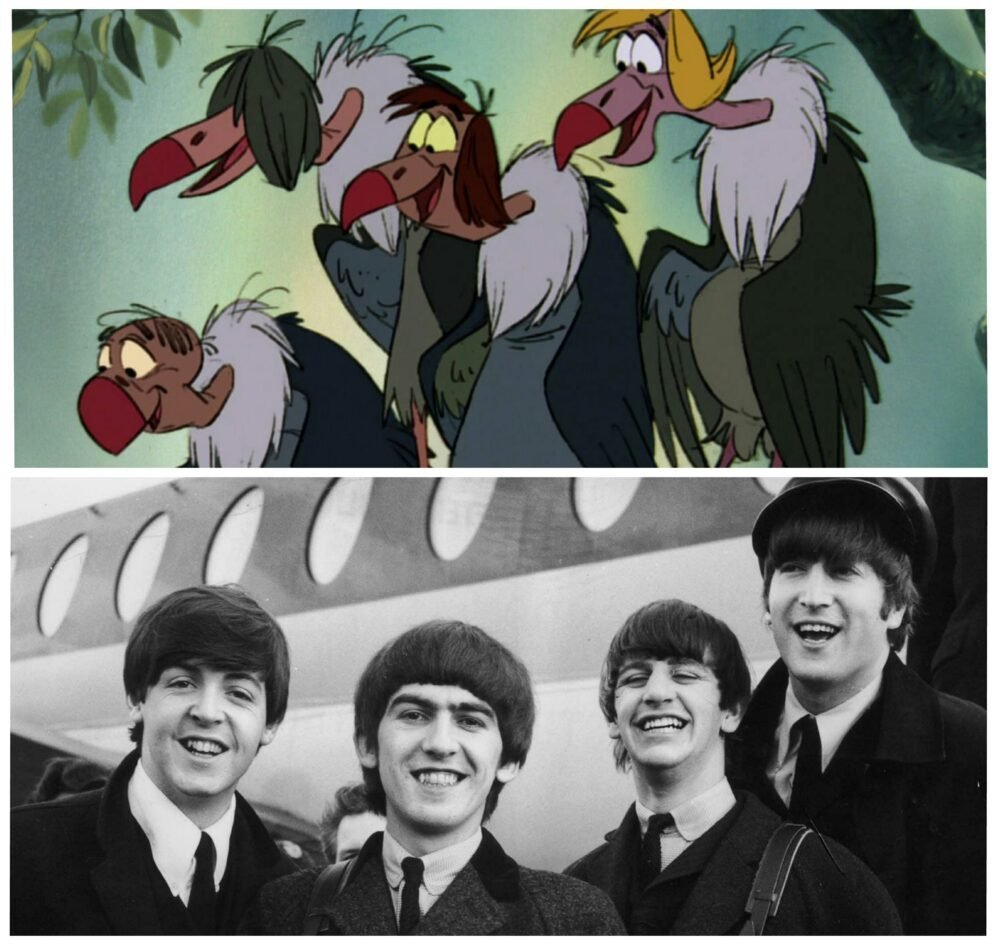 The legendary English rock band formed in Liverpool in 1960 that is ‘The Beatles were the real inspiration for the animators while they were designing the vultures in the movie, ‘The Jungle Book’. The initial idea was to even get The Beatles on board for voicing and singing for the characters but things didn’t work out.

The Highest Paid Youtuber Stars of 2020

The Highest Paid Youtuber Stars of 2020