Documentaries About True Crime That Are Too Terrifying to Watch

Love watching crime movies? Then we urge you to watch these crime documentaries because we know you'll love them. The fact that they're real will make you even more engrossed in learning what's about to happen next. 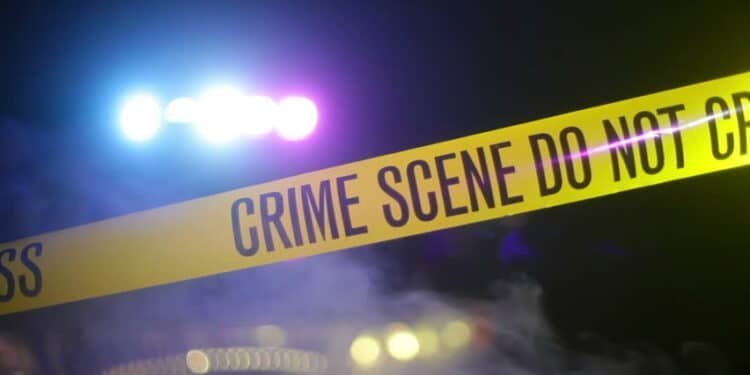 There’s nothing quite like the exhilaration of deciphering an unsolved crime’s code. After all, that’s why shows like Law & Order and Unsolved Mysteries exist.

However, when it comes to crime stories (and, well, life), the truth is usually the best place to start, which is why crime shows and movies based on cold hard facts are always the most compelling to watch.

While gripping podcasts like Serial and Dr. Death provide true crime fix, nothing beats witnessing a murder mystery, wrongful conviction, or bank heist unfold in front of your eyes with comments from psychiatrists, lawyers, and the criminal’s loved ones.

Lean into the unknown with true crime documentaries that portray a painful and terrible reality about the victim’s family and friends.

Take a look at the top real crime documentaries to add to your list if you’re brave enough to face the truth.

Examine how the media covered six of history’s most tumultuous cases, including the subway vigilante, the killer of The Jenny Jones Show, and others.

The cases are horrific in and of themselves, but how they were presented to the public may have fueled the fire.

After being convicted of 11 homicides, Henry Lee Lucas was sentenced to life in prison. What’s strange about it? He confessed to hundreds of murders he didn’t commit in the run-up to his conviction.

He was given preferential treatment by the police due to his collaboration… until he was caught red-handed.

Meet Luka Magnotta, a man who posted recordings of himself abusing and killing animals online for all to see. A group of cyber investigators organized a chase to find him and bring him to justice after stumbling across the tapes.

They only discovered he was guilty of one of Canada’s most historical crimes, the murder of Lin Jun when they began digging.

After his wife died in 2001, novelist Michael Peterson said she merely fell down the stairs, but the court didn’t believe him.

Peterson’s credibility is called into question by legal professionals, acquaintances, and even his children in this horrific story.

The truth is supposed to set you free… unless your name is Steven Avery. He spent the first 18 years of his life in prison for a crime he didn’t commit.

He became the top suspect in the murder of a 25-year-old photographer just two years after he was acquitted. So, what is his current position?

Cults are fascinating for a variety of reasons: they’re psychological, spiritual, and strangely twisted. The controversial cult at the center of this six-part documentary, Rajneeshpuram, is the American cult you’ve never heard of but should.

With explosions and health issues, it was only a matter of time before this utopian metropolis devolved into pandemonium.

Imagine a pizza delivery guy attempting to rob a bank while wearing a bomb around his neck. That did indeed occur in Erie, Pennsylvania, in 2003.

The original robbery, as stunning as it was, was only the beginning of one of the most strange bank robberies ever.

8. American Murder: The Family Next Door

They appeared to be the ideal foursome one day. What’s next? Shanann Watts and her two children vanished without a trace, and her husband Chris admitted to the murders.

The hour-and-a-half documentary delves deeper into the case, addressing the unanswered concerns that have plagued many people for years.

In self-defense, Cyntoia Brown killed Johnny Allen in 2004. However, the court disagreed, and she spent 15 years of a life sentence for aggravated robbery and first-degree murder charges.

The film covers her clemency journey, which was aided by celebrities including Kim Kardashian West and Rihanna.

What begins as a narrative about a mysterious murder of a Baltimore nun becomes a wider story about Catholic church corruption and the local legal system.

“It’s harrowing and upsetting, and it will haunt you for a long time, which is part of what makes it necessary viewing,” Vice writes.

What happens if you’re accused of committing a murder you didn’t commit? You come up with an alibi.

In Juan Catalan’s instance, this required demonstrating that he was among the 56,000 Dodgers fans at a baseball game.

Sam Cooke, the man behind hits like “What a Wonderful World” and “A Change Is Gonna Come,” died unexpectedly at 33.

The singer’s killing was once thought to be an act of self-defense, but many now wonder if it was caused by his role in the civil rights struggle.

Just because you think you’ve found a serial killer doesn’t mean the case is closed.

In this eight-part documentary series, convicted murderers explain that their confessions — the ones that got them imprisoned in the first place — were coerced in some way.

Even a college study abroad program isn’t out of the question. A semester in Italy for Amanda Knox resulted in four years in prison, questionable murder allegations, and considerable media scrutiny.

While many of us know Amanda’s tragedy, this Netflix original features exclusive interviews and footage that puts a new light on her story.

This is a complicated murder case: Yance Ford analyses why his brother’s death became a notable example of racial injustice in this Oscar-nominated documentary.

The story is filled with agony and grief, and it provides a unique perspective on the inequities that still exist in the legal system.

Also Read: These Are The Best Documentaries Available On Netflix Right Now