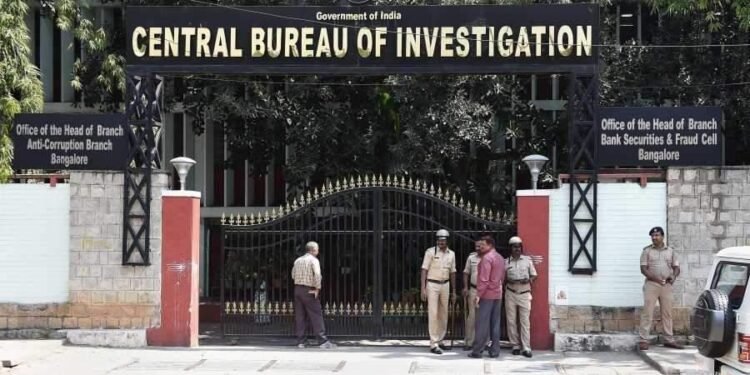 Central Bureau of Investigation (CBI), the most prestigious investigating agency of India has been known for its astute working strategies. Whenever any case is perceived to have a prejudice investigation, a call for transferring the case to CBI for an unbiased & uninfluenced enquiry is alarmed.
Not being a statutory body, the CBI has, from time to time succumbed to the influence of political and other high-hands while performing enquiries. In this listicle, we have mentioned a few cases which to this date are unsolved and pending verdict with little or no new development in the last few years.

After 28 years, the CBI probe in the demolition of Babri Masjid in 1992 by “KAR-SEVAKS” continues. Supreme court ordering the special CBI court to wrap up the investigation by 31 August 2020 and now after the foundation stone of Ram Temple being laid on the 5th of the August, CBI court has begun recording statements of VVIP’s like L.K. Advani, Murli Manohar Joshi over the incident.

Read more about the Ram temple foundation ceremony: PM Modi To Be There On Bhoomi Pujan On Aug 5: Ayodhya Ram Temple Trust

The most interesting fact about this case is, it has taken almost 28 years and 2000 lives as the aftermath of the incident but the CBI is yet to find the culprit when in an undertone, everyone knows the masterminds behind the razing of the Babri Mosque.

Every leader named in the conspiracy were among the core members of the BJP. This incident can be considered as the rebirth of the BJP into Indian politics. Let us hope the perpetrators of the incident are soon convicted and stains on the secular weave of the nation get washed off.

Also known as the ‘2008 Noida Double Murder Case’, of a 13-year old girl Arushi Talwar, and a 45-year-old domestic help Hemraj Banjade. The two were killed on 15-16 May 2008 at the Talwar Resident.
Due to the incompetency of the local police in securing the crime scene immediately and subsequently proposing the father as the prime suspect, the case was transferred to CBI. The CBI charged Arushi’s parents, Dr. Rajesh Talwar and Dr. Nupur Talwar as prime accused. And the special CBI court sentenced them to life imprisonment later the Allahabad Court acquitted the couple from the charges due to unsatisfactory evidence.

The Arushi Double murder case has witnessed various twists and turns, and many salacious theories but as of now the case remains unsolved and the perpetrators undetermined.

Najeeb Ahmed, a First-year PG student of M.Sc Biotechnology at JNU, went missing under suspicious circumstances on 15 October 2016 from his hostel in the university campus. Najeeb was believed to have been assaulted just a day before his disappearance. Najeeb’s Mother and JNU student union demanded a probe into the link between the assault and disappearance.
The case has been investigated by Multiple premier investigative agencies such as a Special Investigation Team (SIT) of the Delhi Police, the Crime Branch of the Delhi Police, and the Central Bureau of Investigation (CBI) but none were able to find any leads into his disappearance. All these agencies have been criticised by the Delhi High Court at different points for their inferior investigation into the case.

In May 2019  court asked the CBI whether Najeeb is alive or dead. CBI responded that Najeeb was last time seen with his friend and he has been kept hidden. His mother Fatima contradicted the statement and demanded a hearing. As of now, Najeeb Ahmed is still missing, with a reward of 10 lakhs to anyone who gives any information about the whereabouts of Najeeb.

This is the longest murder case in the history of Kerala state. Sister Abhaya, a Nun in the of St. Joseph’s Congregation for religious sisters, was murdered on 27 March 1992. The initial investigation by the local police revealed the cause of death as suicide, but subsequent investigation by the CBI reveals the death as murder, but upon investigation, CBI found that three individuals of the church were involved in the killing of the Nun, the first accused, Father Thomas Kottur, and the second accused, Father Jose Poothrikkayil, aided by the third accused, Sister Sephy. Later on, in 2018 a fourth individual K.T. Michael, former SP, Crime Branch (CB)-Kottayam, is named as accused on charges of destruction of evidence and conspiracy.

In 2018, Father Jose Poothrikkayil was vindicated from the array of accused by the special CBI court. Although, unsatisfactory evidence in the case has led to the stretching of the case without any conviction. While the trial continues, new evidence and witnesses are produced by the CBI but the conviction is still unforeseeable.

5. The Assassination of Activist Narendra Dabholkar –

Narendra Achyut Dabholkar was an Indian medical doctor, social activist, rationalist, and author from Maharashtra who was gunned by two assailants in 2013. After almost a year of investigation by the local police, the case was transferred to CBI in 2014.

In the last seven years, eight arrests have been made in connection to the case which includes surgeon Dr. Vinod Tawade, a Sanatan Sanstha member in 2016, the alleged mastermind behind the murder, Amol Kale, Amit Digwekar and Rajesh Bangera — the three are also accused in the killing of Bengaluru-based journalist and activist Gauri Lankesh in September 2017. The agency arrested Sachin Andure and Sharad Kalaskar, in August 2018, as the ones who shot at Dabholkar in 2013. Based on the statement of Sharad Kalaskar, in May 2019, Vikram Bhave and advocate Sanjiv Punalekar were arrested by the CBI. Despite the pending probe of the assassination, on 12 August 2020, the CBI officers were awarded by the Union ministry probing the Dabholakar murder case and this has only aggravated the painful experience of the family members of the deceased.

Read about: Top 5 High Profile Cases That Demanded A CBI Probe, Yet Denied!

The Batman- Rebooted and better than ever